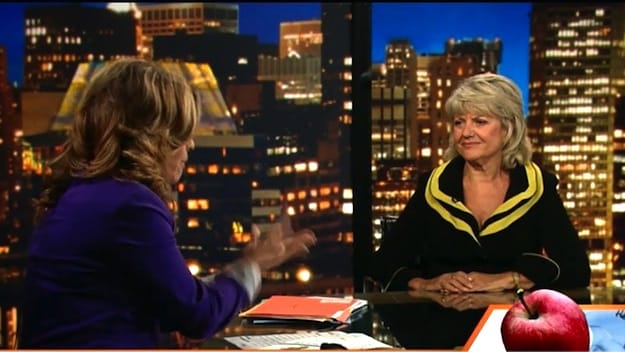 When Judi Hollis looks at herself in the mirror, the Palm Springs psychologist knows she could never go back to being the overweight person she once was.

Hollis has taken her own battles with weight gain and personalized a 30-plus year career as a family therapist focusing on "spiritual connection and personality change as a lasting approach to weight loss", according to her website.

Hollis will share her insights during a 90-minute presentation emphasizing the “How of Eating is More Important Than the What” at 2 p.m. June 22 at the Coachella Valley Repertory Theater in Rancho Mirage. A portion of the $10 entry fee will go toward the theatre along with sales of Hollis’ four books she has authored.

Hollis said she has attended several Coachella Valley Repertory Theater performances, and struck a relationship with Ron Celona, the theater’s founding artistic director. Hollis and her partner, Henry Kaplan, normally vacate the desert for their home in Manhattan, New York. However, speaking engagements this month, including three during the Overeaters Anonymous Regional Convention, June 28-30, at the Palm Springs Hilton, have created a staycation of sorts around the western part of the country.

Hollis has been a desert rat since 1985 when she used the advance from her first book to buy a small trailer in Palm Springs.

“I said this is going to be room of one’s own – women need that type of place,” Hollis said. “I’m gonna have this place out in the desert with no TV and no telephone, and it’s just going to be my place to write and bake in the sun.”

Hollis said she began working with heroin addicts in New York and then alcoholics when she moved to Los Angeles.

“Here I was treating alcoholics in Los Angeles, sending them to Alcoholic Anonymous, and outlining the changes they needed to make to their personality,” she said. “We never thought what I was doing with food was the same thing.”

Not until Hollis passed her reflection and took a look at a woman in a fat dress. A friend had attended an Overeaters Anonymous meeting, and Hollis took the steps to help herself by looking beyond food with the help of others.

"You would think it would be easy, but it’s a change, it’s stress, people don’t know how to handle it, so they go back to somewhere safer – let me go back to where food is my problem, so I’ll just focus on food as the problem instead if have met the enemy and the enemy is me," Hollis said.

That insight led her to help others.

“So I got into this field and thank God because it helped my own healing. I would have stayed a fat lady all my life,” she said.