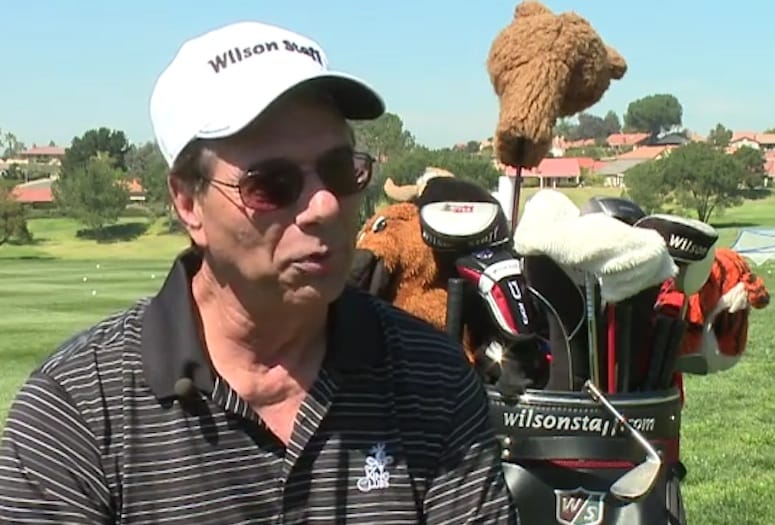 Had Peter Longo found success on the PGA Tour, countless thousands of spectators would have been deprived his trick shot talents.

Desert folks will understand why on Nov. 13-14 during Golf Fest at the Westin Mission Hills Resort & Spa's Gary Player Course in Rancho Mirage.

Longo will display why the tour's loss was our gain.

VIDEO: Watch Peter Longo's tricks – such as his King of Clubs, Circle of Skill and The Rough Up (Courtesy of YouTube).

“It was an awesome failure, but it probably was a good blessing,” Longo reflects of his tour past. “When I left the tour in 1979, after one year they took my card away (because I didn't make enough money). There was no doubt that I would ever do that as a living; I would never be good enough. I was a good player, but there are tons of good players. You have to be a great player to making a living on the tour.”

Longo segued to golf instruction where he tried to “spice up” his lessons with a few tricks shots. A handful of public performances ensued (“It was fun and I knew that I was good at it right away,” he says) for an endeavor he envisioned pursuing for a couple of years.

Longo estimates he has around 300 different trick shots in his arsenal (about 35 of which he brings out for an hour-long performance). His aim as a golf professional remains the same as his tour days of yore: to hit a quality shot with every swing.

“You can't miss too many," he says. "People are with you if you miss one, miss two. But after that, they’re wondering if you’re just guessing or if you can really do this.”

As per the rest of Golf Fest, attendees will enjoy a myriad of top golf apparel and equipment manufacturers, including PING, TaylorMade, Callaway and Titleist. Golf travel, tee times and a host of discounts and sundries will all be part of the weekend.

The $10 admission is an excellent deal, considering the ticket comes with a free, one year's subscription to Golf Digest along with a certificate for a complimentary round (not including cart fee) at the Player Course and a gratis haircut at Sport Clips.