Palm Springs Charities - The deaths of longtime desert philanthropists in the past few years highlight the need for the next generation to carry the selfless torch into the future. 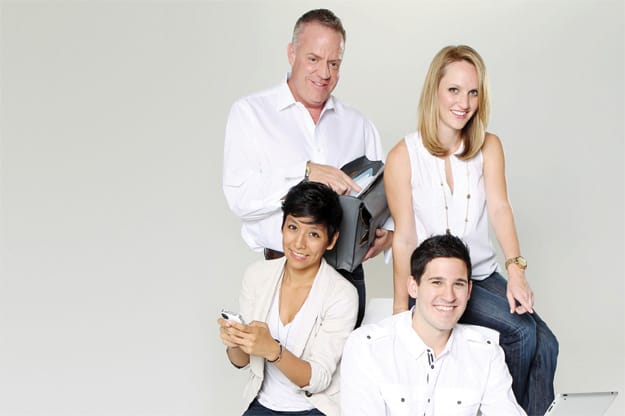 Bob Hope once said, “If you haven’t got any charity in your heart, you have the worst kind of heart trouble.”

No one could accuse the comedian of having heart problems. Hope and his wife, Dolores, contributed a great deal to community causes, including the donation of 80 acres to build Eisenhower Medical Center in Rancho Mirage. Their generous friends and fellow desert residents Walter and Leonore Annenberg donated more than $2 billion to nonprofits during their lifetimes. These past generations helped make the Coachella Valley a major center of philanthropy. The area is now home to more than 1,000 nonprofits. The local calendar of high-profile charity balls and events is so integral to life here that it’s hard to imagine the desert otherwise.

The deaths of longtime desert philanthropists in the past few years highlight the need for the next generation to carry the selfless torch into the future. With tough economic times and a changing societal landscape, valley nonprofits are feeling the need to transform and innovate how they court and appeal to a new crop of givers.

“We need to get creative with philanthropy these days,” says Jim Casey, president and CEO of Integrated Wealth Management. Organizations, he notes, “need to listen to all their donors of all generations and income levels and always keep the message clear.”

Casey’s firm manages foundation endowments and oversees planned-giving programs for affluent individuals and organizations, including the Screen Actors Guild. Erin Scott, IWM’s 25-year-old business development coordinator, explains how her generation finds it difficult to think about giving when they are dealing with unemployment and a hard road ahead.

“I think the word ‘philanthropic’ is evolving, especially for those under 50,” Scott says. “In this community, it can sometimes feel overwhelming if you don’t have a lot of money to give, making it feel like you aren’t making a difference. But that is just simply not true. Whether you’re giving a few dollars or volunteering a few hours a month, you are making a difference.”

Scott’s advice to her fellow twentysomethings is to “think of being philanthropic as a lifestyle choice you make today, not tomorrow or 20 years from now, because there is no age limit for when you can start helping others.”

Finding and developing a new generation of philanthripists can be challenging for nonprofit organizations.

“Cultivating the next generation of givers — millennials/Gen Yers, Gen Xers, or even baby boomers — generally requires an understanding of social dynamics and contemporary communication preferences,” says Greg Murphy, fund development director for Gilda’s Club Desert Cities. “Although one doesn’t necessarily need an app to reach them, you do need a point of engagement that conveys your mission in an appealing and direct way, whether virtually through a website or through actual interaction. Once engaged, the easier it will be for a prospective donor to act on a charitable impulse.”

In her role as the interactive marketing specialist for Desert AIDS Project, 25-year-old Alexis Ortega understands how millennials communicate. “I know what the world is like for someone who is a digital native and hasn’t had to transition to life online,” she says.

Ortega points to new Internet and mobile technologies that have enabled younger people to take philanthropy into their own hands, starting their own fundraising drive, making video PSAs, or otherwise sending appeals online. “All these actions are being documented and shared through check-ins, status updates, YouTube videos, tweets, Instagram photos, or pins on Pinterest,” she says, adding that more than half of DAP’s Facebook audience is below the age of 45, and their Twitter and YouTube demographics sometimes skew even younger.

Beyond new ways of reaching out, Ortega describes a generational value shift as well: “Younger generations want their friends to know about their philanthropy, not in the traditional sense of naming opportunities or acknowledgements, but through casual status updates and connecting with organizations online and off.”

But it’s not just virtual engagement with the newer generation of philanthropists. Ortega also describes how they want to feel invested in where their money goes.

“They want to be the given a sense of purpose that comes with philanthropy,” she says. “They’re not just content with giving monthly or annually to organizations. If they have the time, they want to do something too.”

“People will always give to causes that have a heart connection because giving is emotional,” says Betty Wolf, vice president of Eisenhower Medical Center Foundation. “What has shifted is that donors today have a heightened need for accountability — and they deserve it. Today’s donors are business oriented and want to see results and outcomes. The notion of donating money and having it disappear into a general black hole is gone.”

Wolf relates how, in fundraising for healthcare, the lion’s share of donors are generally older than 50 years, as that is when people start to experience medical issues, while younger people are still putting their financial resources toward educating their children or supporting other pressing responsibilities. But, she says, “People of all generations give to fulfill the basic human sense of purpose, with an inner desire to help their cause of choice.”

“My own philosophy is that everyone needs to give back,” says Patrick Jordan, who has raised more than $130,000 for nonprofits. Most of that amount was for charities focusing on HIV/AIDS, a cause he became passionate about after seeing the disease devastate so many of his friends. As a sterling example of an under-50 philanthropist, the Palm Springs resident was 46 when he received Desert AIDS Project’s Steve Chase Partner for Life Award in 2011.

Jordan reaches out to peers and potential givers via social media, in office meetings, at parties where he asks people to donate, direct mail, point-of-sale advertising for the AIDS Walk, and e-mail.

Adam Gilbert is a 26-year-old Palm Springs native who contributes time and money to valley charities. He and his girlfriend are just months out of law school, but they’re busy founding a local project for victims of domestic violence and encouraging other Coachella Valley lawyers to volunteer their time.

Of his generation, Gilbert says, “We are much more about instant gratification; but at the same time, we have an optimistic belief in bettering people for the future. We like to provide education and the reasoning why we are doing certain things, as opposed to just doing them. We want to feel like we are actually helping and that those in need do not feel like they are just getting a handout. It gives them a sense of responsibility and a belief in themselves.

It is this kind of spirit the new generation of philanthropists embodies.”

Hair and makeup by Jamie Lyn