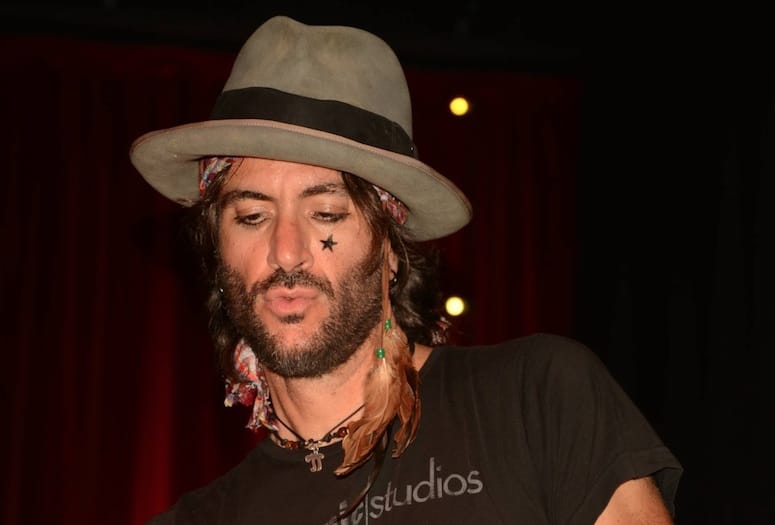 Fresh out of high school, keyboardist Rami Jaffee played in hundreds of L.A. bands. He would spend many nights performing at Canters, and it only took one chance meeting with a young musician named Jakob Dylan to change his life forever.

Though his 25-year tenure with Wallflowers has ended (pictured at right), fate had other plans for Jaffee. A session gig with the Foo Fighters 10 years ago turned into a full-time “dream” gig recording, touring, being part of the Sound City Players, and a “15 minutes of fame” appearance on Sonic Highways. Jaffee took the time to talk to Palm Springs Life.

What has been working with Jakob Dylan been like?
“What can I say? He's one of the best songwriters of my time and I'm sure a long time to come. I feel lucky that at such an early age I got to play and make songs like those.” How did you meet Dave Grohl?
“I met him through a girlfriend of mine, Emma Danoff, who had me over for Christmas in Washington, D.C. at her parents house. Her parents wrote one of the biggest songs of all time, Country Roads, and were half of Starland Vocal band.  Yes, this girlfriend was the "making" of Afternoon Delight! In the midst of a family living room jam session, she said Grohl texted and invited us to his Mom's house for a drink. The only thing better than jamming with Starland Vocal Band was to have a drink with Dave on Christmas!”

Did you work with Queens of Stone Age's Josh Homme in Sound City?
“I was involved on two amazing songs but not the one with Josh. I love him in the Crooked Vultures. My favorite band of his is the Eagles of Death Metal with Jesse [Hughes]. That guy is a character and those songs are really my kind of glam desert schlock I can boogie to! I have many stories about all of the above but they wouldn't be appropriate in any magazine (laughs).” Tell me about The Foo Fighter's Sonic Highways project?
“I played on every song on Sonic Highways, a first for me on Foo records, [because it’s] usually a handful but not all. I went to all the studios. My favorite was definitely New Orleans since Preservation Hall has been my house of worship since my earliest visit with the Wallflowers in 1990. I had a few seconds of time next to Dr. John, Daniel Lanois, The Meters and Allen Toussaint…definitely bucket list stuff for me!”

Do you spend any time working or playing in Palm Springs?
“The Wallflowers played the McCallum Theater a decade ago and Foos recorded and filmed an episode of Sonic Highways at [Rancho De La Luna]. If I'm visiting with family in Indio, 'exploring' in Joshua Tree, or just lounging in the pools of Miracle Springs Resort, I will always try to hit Cheeky's in the morning or dinner at Spencer's. I've been going to Palm Springs since I was born, from family trips, to teenage spring breaks, to jamming at a fashion show, it's the real gem of the desert.”

Tell me about Astrella’s clothing line?
"Musical T’s" designed by [my friend] Astrella. How amazing in the decline of music sales to think of this album packaging? As a musician that's been in the upside down world of music sales and who loves a fitted high quality T-shirt that has to do with music, her line means so much to me.”