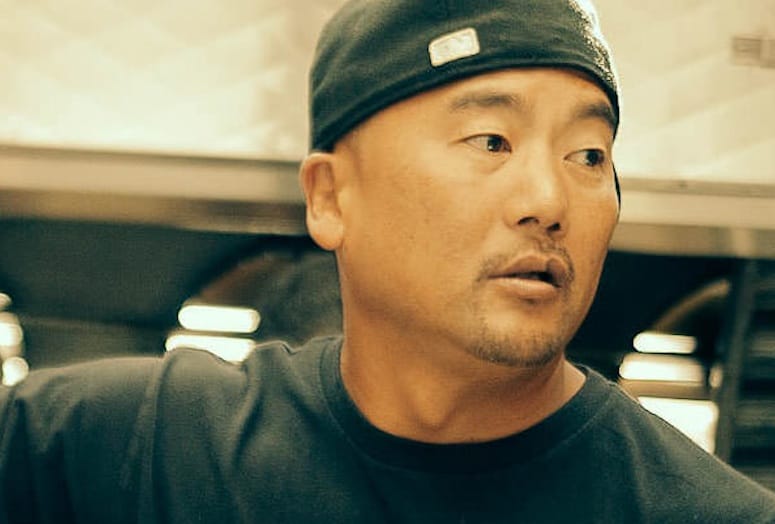 What started as a lone food truck slinging Korean-style barbecue in warm corn tortillas has evolved into a series of restaurants, television appearances and awards (including being named one of the best new chefs in 2010 by Food and Wine Magazine) for the man at the helm, chef Roy Choi.

The popularity of these fusion tacos created a loyal legion of Twitter followers, who scoured the food truck's Twitter feed religiously to discover the next street corner where Kogi would set up shop. The food truck quickly went viral after its 2008 launch and the rest, as they say, is history.

In the years since, Choi has gone on to launch several sit-down establishments (including Chego! and Sunny Spot, both in LA). This spring, Choi will also dive into the world of hot pots with his new restaurant, POT, to open in Koreatown's new Line Hotel.

Choi has kept busy beyond the kitchen, as well, serving as a guest judge on Bravo's Top Chef and appearing on an episode of Anthony Bourdain: Parts Unknown in 2013.

Last November, Choi detailed his passion for Korean food, his love affair with Los Angeles and his battles with drug, alcohol and gambling addictions in his memoir, L.A. Son.

Starting March 21, Choi will bring a taste of his LA-inspired fusion cuisine to the desert during the Food and Wine Festival Palm Desert. Choi shares his thoughts on Kogi's popularity and his beliefs on food.

What do you think it is about Korean-Mexican fusion that made eaters in L.A. fall head over heels for your food truck?
“It wasn't just the food, it was the whole personality of who we are and the technology. Kogi is actually LA food more than it is Korean or Mexican. It's a food that reps who we've become more than where we are from.”

What impact do you think your food truck and restaurants have had on bringing Korean cuisine to American palates?
“People say kimchi like it's English now. I think we've done a lot.”

What is the concept of sohn-maash and how has it influenced your cooking?
“It's like your style, your charisma, your touch. You can taste it when someone cooks or makes a drink. It's in their soul. I grew up in a family of people with that touch. Now I have it and I'm sharing it with y'all.”

You've said you’re most happy feeding everyone and anyone. Why is this approach so important to you?
“I don't discriminate. If you're hungry, then it's my job to cook for you. That's it. That's my contract with the universe.”

What are your three must-have ingredients for your kitchens?
“Salt, soy sauce, and rice. I can make magic with these.”

Can you tell us what we can expect from your newest concept, POT, in K-Town?
“Hot Pots, double dipping, and 90s R&B.”