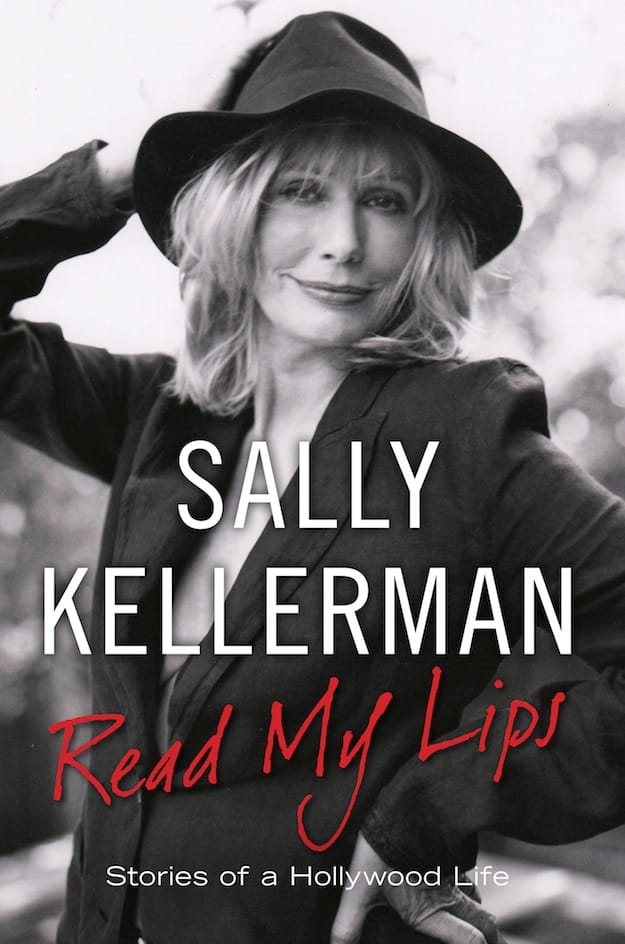 “I needed to act as much as I needed to sing,” Sally Kellerman revealed in a recent interview with Palm Springs Life.

An accomplished artist at both, the Academy Award and Golden Globe nominated actress is living proof that all dreams are possible.

As she takes a breather amidst her current book tour celebrating the release of her autobiography, “Sally Kellerman – Read My Lips. Stories of a Hollywood Life”, Kellerman will perform a vocal act she characterizes as a “retro hip” jazz/blues program at 5:30 p.m. May 15 at Vicky’s of Santa Fe Supper Club in Indian Wells. Following the program, Kellerman will also sign copies of her book. The book officially hits stores April 30.

After appearing in more than 60 films, including the one which put her on the map, M*A*S*H, Kellerman talked about how she managed to keep her singing career in the  mix.

Verve Records signed you at age 18, but you didn’t follow through on the recording contract?
“I was young and scared and at the time. Norman Granz, was one of the biggest, hottest, producing labels in jazz. I had very little self-esteem, and I had already started this acting class. This class, taught by, Jeff Corey, really gave me the chance to grow up. I didn't like myself and here I was in this incredible place with other artists, such as Jack Nicholson, James Coburn and Roger Corman. It was like a womb. I had time to develop, and it gave me time to grow up.”

Why did you almost turned down director Robert Altman and the role of Major Margaret, “Hot Lips” Houlihan, in the classic film M*A*S*H?
“Well, because I couldn’t find the role. I felt I had been promised a ‘best part’ in the film, and I counted the lines and just felt I had been misled. I thought I would never get in the movies, and I huffed and puffed and hated this stranger (Altman) that I didn’t even know, wanting so much for this woman, this character, in this picture.  And he said, ‘you’ll either have something or nothing’.  And I went with it.”

After your accolades for M*A*S*H*, you refocused your energies on your music?
“I thought, ‘I got this now’, and I turned down lots of films to pursue my passion for music. I didn’t know any better, and I went with a band! I just went with my passion at the time.”

Why did you also turn down parts from Altman?
“Actually, Robert was a big supporter of my music. I never stopped loving him… all the fun sharing with him, filming, playing, traveling…he was a close friend, completely behind me in my music.”

Could you have done both at the same time?
“I guess I could of done both at once but I just followed my passion. At the time I needed to act and to sing, but I was like Billy Holiday without the drugs – I needed to earn my stripes as a singer.”

Tell me about your music and the albums, “Roll with the Feeling” and “Sally”?
“Well after 41 years, I’m finally cool! It’s really relevant today.  It’s funny because the album (“Rolling with the Feeling”)  is being rereleased digitally and its got this rawness and arranging and the sound is current…the jazzy sound everyone is trying to get right now. And  well, I’m so proud of ‘Sally’ and the music. I just love it!”