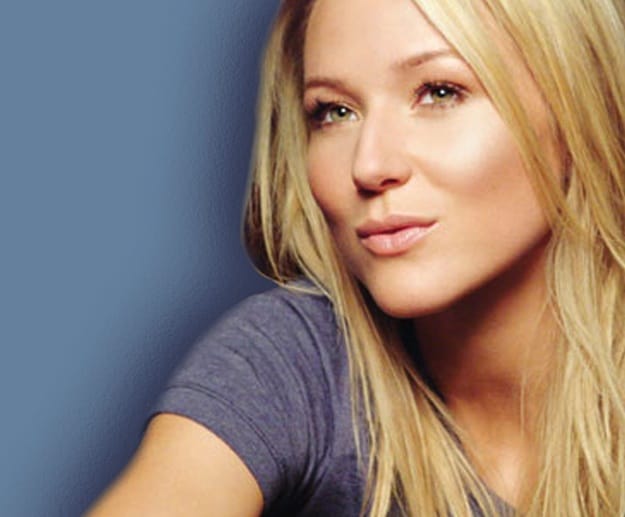 During the 1990s, while most of us were wading through a sea of boy band throwaway tunes and Limp Bizkit aggression, singer-songwriter Jewel gave voice to the elegant and often sad inner thoughts and moments of introspection felt by so many.

Her books and music earned her legions of fans and are celebrated on shows like “Girls” and Bravo’s reality competition, “Platinum Hit”. As an actress, she appeared in Ang Lee’s 1999 period drama, Ride with the Devil, and more recently as June Carter Cash in the Lifetime biopic Ring of Fire.

Now Jewel is back to enchant her fans with new music and a tour that will bring her to Agua Caliente Resort & Spa on June 7.

“I’ve done quite a few shows and I’ve hung out in Palm Springs. I love it,” she said. “I’ve never been able to shop or sightsee, but with a baby, this time I’m looking forward to getting out.” That’s right: Jewel Kilcher is now a mom. In 2008, she married long-time beau Ty Murray, then gave birth to the couple’s first son, Kase (pictured right). She speaks candidly about being a parent and the effect it’s had on her day-to-day activities.

“It changed everything,” Jewel said. “It sure changes your heart. My mom left when I was eight. Having a baby was such a healing experience. It’s such an amazing love. I didn’t work for a year and a half. I thought what’s the point in having money if you can’t take advantage of it at a time like this.”

Jewel and her family live on a spacious 2,500-acre ranch just outside of Dallas, Texas. Her current digs are a far cry from the homesteader environment in which she grew up in Alaska.

“It’s the little things that are really the most different,” she said. “Having health insurance, being able to travel at liberty, being able to buy food are also things that strike me. I’m not an extravagant person. I don’t own a bunch of fancy cars. I don’t really have a lot of that in me, I guess, based on how I was raised.”

Still, she has always kept her eye on the prize, writing, recording, and chasing new dreams – including a Christmas album and children’s book, That’s What I’d Do, that she completed from home. Technology has also influenced the trajectory of her career.

“The Internet’s been amazing and my fan base has been amazing. Lullaby was my first Internet release and it sold nearly sold 500,000 copies,” she said.

Jewel anticipates a repeat of that success with her latest, a release of her Greatest Hits. And in the grand tradition of keeping up with the fast-paced music game, she’s set her sights on collaborations with Eminem, as well as some of current chart-toppers.

"There’s a lot of great music out right now that I like – Lana Del Rey, and Ed Sheeran,” she said.

However, until the powers that be can finagle a musical meeting of the minds with her favorite singers and songwriters, Jewel will be back on the road, with baby, Kase, in tow.

What’s her favorite part of the divine comedy of the open road?

“Gosh, I can’t really think of anything that’s funny,” she said. “It’s just been fun.”

Jewel chats about pursuing acting more in the future.