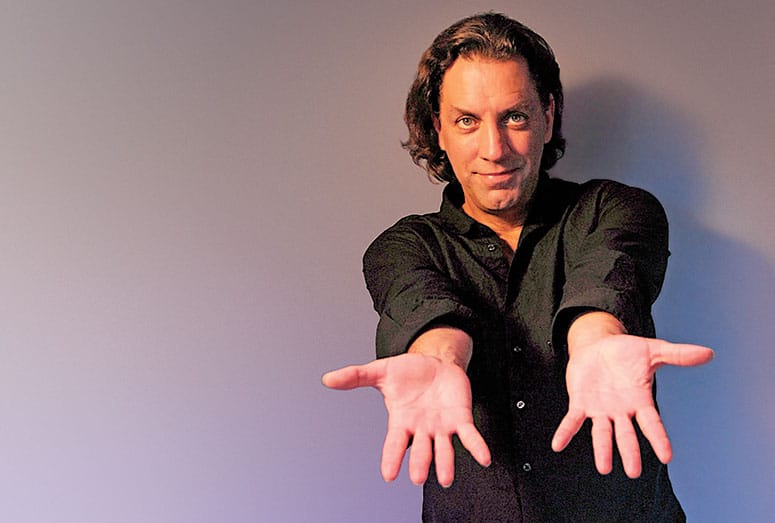 Living on the eastern edge of Indio, “Mia,” as she asked to be identified, remembers every anxious and fearful moment from when she was crossing the border into the United States almost 20 years ago.

“We were walking and walking, and we had to be quiet because there were dogs and they could hear every noise,” she says, visibly uneasy recalling the experience. “Oh, my God, I was so scared.”

When the border patrol officers changed shifts, she and her smuggler made their move. “We ran as fast as we could.”

She crossed a bridge and then paid the man who showed her the way. “From there, I was on my own,” Mia says. “I was so scared. Very scared.”

For the first time, she’s telling her 17-year-old son about the crossing — how she feared for her safety, found a place to live, and worked physically demanding jobs for barely enough pay to feed and clothe the two of them, and how she still feels like she lives on the fringes of society.

“I’ve never said these things,” she says. “It feels like a relief. It’s important so he knows where I come from and why I wasn’t there for him the way he needed me when he was growing up.” Then, looking at her son, she adds, “I’m so sorry,” and tries not to cry.

Her son, who a day earlier received a scholarship for college, puts his arm around her and assures her, “You are a good mother.”

Their tale rings familiar in eastern Coachella Valley communities. Mia revealed hers, with great trepidation, on the occasion of the scholarship award. Otherwise, the heroic and tradition-rich stories of individuals and families who live and work in Indio, Coachella, Mecca, and Thermal go largely unheard.

Funded by a $600,000 James Irvine Foundation grant — the largest programming grant in the theater’s history — the Crisálida project has set out on a mission to inspire, chronicle, create, and celebrate the community’s cultural experience.

“Creative expression helps us,” Gonzalez says. “There’s a hunger to see beyond the mundane and feel beyond the stressors of our lives — to feel the possibilities of life. That’s what art does, in little ways: the jokes an uncle tells, the songs Grandpa sings at birthday parties, an art project at school. Isolation and alienation are real stressors. Telling a story allows us to feel connected. It’s good for mental health, community health, and a vital democracy. Let’s help shine a light, celebrate, share, and give it a mission.”

The loosely defined project will unfold over two years. “The first year is about exploration: going into the community to listen, build relationships, and find out what the community wants,” says McCallum CEO Mitch Gershenfeld. “In the second year, we’ll begin to see the artistic product that comes out of it. It’s all about us learning from them so we can be a partner and give a voice to their artistic spirit.”

Gonzalez — an accomplished writer, poet, and performer who lives in New York and has consulted with McCallum Theatre Institute, its education division, for about 10 years — will visit homes, churches, soccer fields, schools, and other gathering spots to meet the community and learn its various histories, traditions, and culture. “We’re going to see who’s out there and what’s going on,” he says of his preliminary tour of the area. “I visited a boxing club in Coachella and an old-time barber shop in Indio. [The barber] is a connector: People come and hang out.”

It’s “creative placemaking,” Gershenfeld says of the trend in arts institutions nationwide, acknowledging that the physical theater can be intimidating for many people. “I’m really excited. It’s a different way to do outreach. The first person I thought of was David. People gravitate to him, and he’ll really connect. He has the ability to digest information and create something out of it.”

Gonzalez says building relationships in the community will not always come easily. “Being an outsider, not Mexican, is going to be tough,” he concedes. “I am bilingual, and understand that we have to respect people’s boundaries and culture to eventually bring it up and out, and give it recognition and value.” U.S. Rep. Raul Ruiz (D–Palm Desert) co-hosted a luncheon at College of the Desert’s Indio campus to introduce Crisálida and Gonzalez to local leaders and position the project as a partnership with existing East Valley arts and culture programs and organizations in an effort to provide more opportunities and draw attention to the stories from the four communities. After Gonzalez entertained more than 40 luncheon participants with his own story, he asked them to pair up, sit across from each other, answer five questions to each other, and shoot cellphone videos of their partner to upload to a website that will become active later in the project.

“Congressman Ruiz’s staff helped us identify community leaders,” Gershenfeld says. “He talked about the importance of keeping the community’s stories alive.” Gonzalez says Ruiz demonstrated “a spirited understanding of what this is about” and was genuinely excited to see a program that will “do something real, modest, of service … a healthy exploration to see how the arts in general can be sustainable.”

The “product” that comes from this project could be a website or an app, a series of performances in mobile or pop-up spaces, or a combination of these and many other possibilities. They will document the entire process and make it accessible to the community. “[The project will] bring cultural credibility to the groundswell of the indigenous community and then see where it will go: a pop-up in an empty storefront, a poetry slam, a gallery, videos, salons,” Gonzalez says. “We’ll create a community space.”

Gershenfeld says the Crisálida project will punctuate the idea that the McCallum is as much about outreach and education as world-class performances. “This program is the next step for us,” he says of reaching beyond the confines of the theater. “We’ve always concentrated on the four walls of the building. This is about how the McCallum is engaging the community to share its artistic voice. It will allow the community to build something organically that will remain. This can be a transformational thing for people.”

David Gonzalez at a Glance

David Gonzalez, who received his doctorate in music therapy from New York University and taught there for 10 years, is an accomplished author, performer, and teacher who has performed at storytelling festivals in Costa Rica, France, Norway, Puerto Rico, Spain, Switzerland, and throughout the United States. He appeared for three seasons at the Royal National Theatre in London and currently serves as artistic director of the Alliance for a New Humanity, an international service organization that promotes peace and sustainability. His poetry was featured at Lincoln Center’s Out-of-Doors Festival, Bill Moyers’ documentary Fooling With Words on PBS, NPR’s All Things Considered, and the World Science Festival. Following are selected career highlights.

2011: Received International Performing Arts for Youth’s Lifetime Achievement Award for Sustained Excellence.
2010: Named a Joseph Campbell Foundation Fellow.
2010: Premiered Sleeping Beauty, co-commissioned by the New Jersey Performing Arts Center, Brooklyn College, and the McCallum Theatre. It has toured nationally, including a run at the John F. Kennedy Center for the Performing Arts.
2008: Premiered his version of The Carnival of the Animals with classical piano virtuoso Frederic Chui.
2007: Appeared as a featured performer at the National Storytelling Festival.
2006: Nominated for a Drama Desk Award for “Unique Theatrical Experience” for his production of The Frog Bride.
2002–2004: Selected for Lincoln Center Institute’s repertory for three seasons with As If the Past Were Listening, a suite of creation myths.
1998: Toured nationally with Double Crossed: The Saga of the St. Louis, including a run at the United States Holocaust Memorial Museum.
1998: Honored with the Helen Hayes Performing Artist of the Year Award.