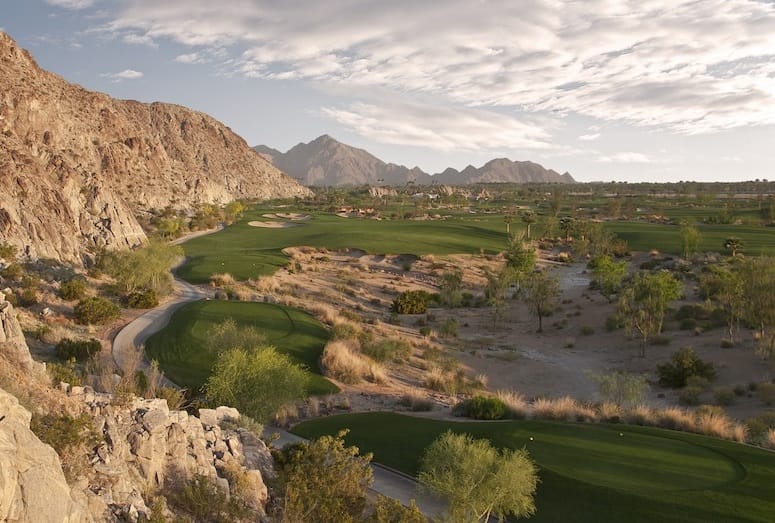 As my ardor for SilverRock in La Quinta has grown, so has my familiarity with Randy Duncan, the resort’s general manager and director of golf.

It's no secret to those in the local golf industry that the valley's plethora of courses is paired with a wealth of comings-and-going by those who operate these respective grounds.

But Duncan has proven to be, well, a rock.

The Cincinnati, Ohio native and father of two has been at his SilverRock desk since the course opened in 2004. Randy Duncan has been at SilverRock Resort since it opened in 2004.

Duncan originally moved to the desert in 1992 when we was pursuing a career in pro golf and scored a job working the bag room at the nearby Mountain and Desert Courses. Better than two decades later, his humble SilverRock office regularly serves as a nexus for some of the desert's biggest news making.

During a recent chat, Duncan shares the new SilverRock buzz, along with a few personal insights.

Does it feel like you've been at your job for a decade?
“I got here when we were still moving dirt and this clubhouse was being renovated. I've got pictures here of my son and I walking through here when he was 4-years-old . . . so it's come a long way. And it's been fun to see the growth of SilverRock from the beginning to where it is today.”

Lots of SilverRock news of late. Let's start with some detail of the now-completed canal realignment project.
“The canal project started this past spring and was really a necessary job because the canal had subsided over the last 20 or 30 years. So they literally redid a canal parallel to the old one, and in the process we slightly modified a couple of the holes on the back, primarily the 12th and 15th. And the changes turned out to be really nice; I actually think they are better holes now. Before, we grew grass all the way up to the canal, but the Coachella Valley Unified Water District wanted us to kind of keep a buffer, because they don't want anything to compromise the canal.  So now you see native areas on both sides of the canal, which gives No. 12 more character and, for No. 15, one of our biggest challenges was lack of lay-up area; the player really didn’t have an area to lay-up before the green. Now, we really widened-out that area and there are 40 or 50 yards to lay-up to.” In November, the La Quinta City Council approved plans for a $420 million project to fulfil the original 'resort' vision of SilverRock Resort, making it the biggest golf project in the valley in three decades. With a tentative start date of approximately summer 2016, are you enthused about the massive augment?
“It's really exciting, with plans for a five-star hotel and a four-star hotel, along with retail shopping areas with a 'Riverwalk' flair to it — reminiscent of San Antonio – along with a 71,000-square foot conference center, a permanent clubhouse and some residential homes out here. And they want to put the five-star hotel where the17th hole currents resides, so we're going to have to reconfigure some of the back nine.”

SilverRock hosted the former Bob Hope Classic from 2008-11, and there's no shortage of rumors that you guys are a top choice to be back in the event after the two courses at PGA West depart following this year. Any updates?
“There's discussion about us being part of the (soon-to-be former) Humana Challenge. I'm not sure where that's going to go, but the PGA Tour has been out here, the Humana board members have been involved; there are a lot of options on the table and this is certainly one. So I'll do whatever they tell me to do, but it would be exciting to be part of it for sure.”

With no shortage of action coming across this desk, do you ever wish you had more of a turnkey golf gig?
“I wouldn't change this for anything. There have been a lots of 'ups,' but also a lot of challenges along the way. I can remember waking up, reading the front page of The Desert Sun saying, 'No Hope for SilverRock.' We got banged around quite a bit early on, but I'm so proud of what we've built here. I think we've done a really good job of creating a reputation for SilverRock; we're doing 47,000 paid rounds on an annual basis, and for a stand-alone golf course without hotels that's pretty good.”