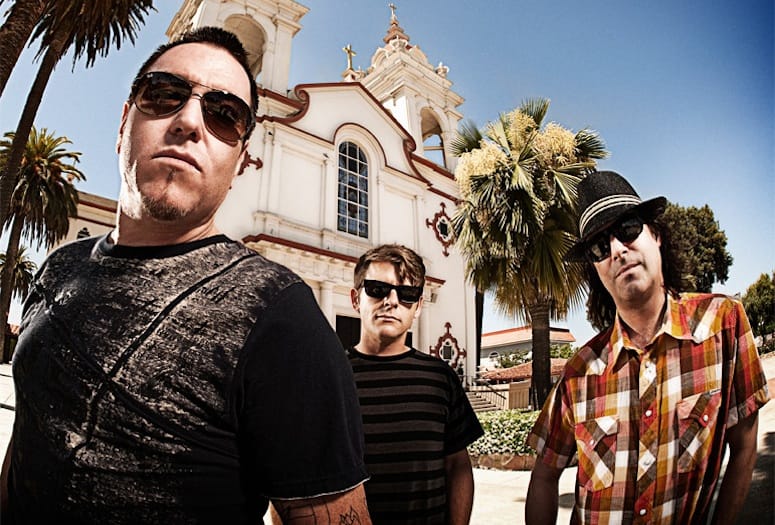 The third time really was a charm for bassist Paul De Lisle when guitarist/songwriter Greg Camp asked if he wanted to be part of a new band.

Despite separate approaches and personalities, the group found itself facing instant success with a trio of hit songs: Walking on the Sun, followed by All Star, and Then the Morning Comes.

Though Smash Mouth’s lineup has changed throughout the years, they continue to forge ahead. Having played covers for numerous years, cranking out the former Monkees tune,  I'm a Believer, in an hour-long recording session seemed second nature. They forgot about the recording until they heard the film it was used in the movie, Shrek, and had become an instant classic.

Smash Mouth celebrates its 20th anniversary in Palm Springs by playing a free show Match 14 at The Spa Resort and Casino. How did you pick the name Smash Mouth?
"Kevin [Coleman] just said, 'We are going to be Smash Mouth,' and we were. No discussion. That was it. I don’t even know what it means!"

Did you ever want to change it?
"I always thought a good band name would be like Pretend We’re Good or Stop Throwing Things at Us."

Tell me about when you recorded Astro Lounge?
"At the time, we put out our first album, Fush Yu Mang, and it was an instant hit with Walking on the Sun. It sold like 2.5 million copies. So we had that pressure to not be a one-hit wonder. The sophomore album is the crucial album between the one hit wonder and every other band that has a career.

Would you do anything differently looking back?
"The thing we did right was as soon as Walking on the Sun was a hit, we went on tour for a year. Greg had the foresight to start writing right away. So by the time we came off the road, we already had six or seven songs. By the time we went into the studio, it was easy and drama free. We were more experienced and Greg’s songs were much stronger. All Star and Then the Morning Comes were the last two songs he had written. The label was like 'We don’t hear a single,' and that kinda fueled his fire. It was a hit right away."

Are you working on new material?
"Yeah, we always are. We just record singles. Sony is putting out our live album next. We sound different live than on records. The bulk of it was in Rapid City, South Dakota, and Manilla, the Philippines, like September 2013."

Anything else happening this year to celebrate your 20th anniversary?
"We have a book coming out of the Smash Mouth story, which I wrote. It’s a special story  It took me about 15 months. It’s a lot of homework! Everything, for me, after you got famous, is not so interesting. How did you make it, because there’s different ways, you know? It’ll be out in June at the latest."

What was the most intriguing thing you realized while writing the book?
"I realized that it was a tougher road than I remember it. We didn’t get successful for about two and a half years. It was June 1997 when we got signed so for guys, our age, in our late 20’s, Steve and Kevin wouldn’t let us give up. At the time we were about to pack it in, something would happen to pull us back from the edge. Fate."

Have you played in Palm Springs before?
"Yes, all the time. I love Palm Springs! We play down there a lot it seems. I’m a huge Queens of The Stone Age fan. Eric Valentine produced that record, Songs for the Deaf, and that’s when we were working with him a lot. I think, Nick Oliveri, their bass player, was in a band called The Martinis, so he couldn’t record, so I got the call to do it. We kinda crossed paths a little bit. I’ve heard those dudes are really scary dangerous dudes, but he was just a totally nice guy. Probably the best rock record ever made."