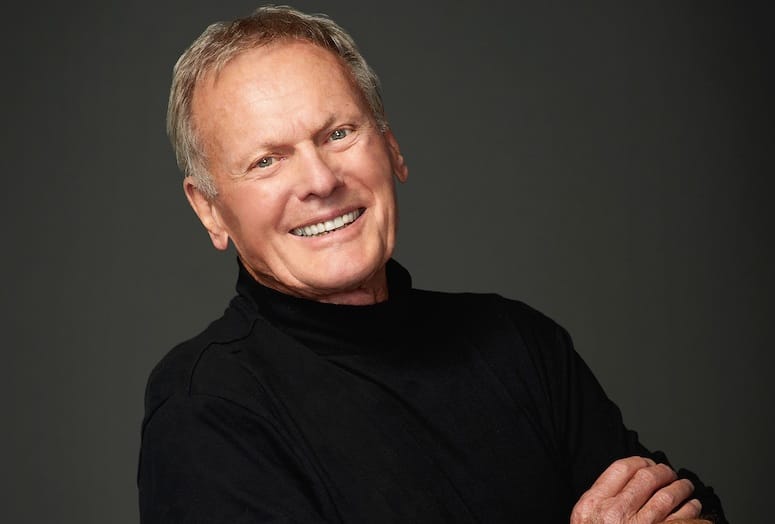 In the 1950s, Tab Hunter captured the hearts of teenyboppers around the world, none of whom suspected that their handsome, all-American idol was secretly gay.

A decade after revealing his big secret in the 2005 best-seller, Tab Hunter Confidential, the actor revisits his story in a film produced by his long-time partner, Allan Glaser, and directed by Jeffrey Schwartz.

Co-produced by Palm Springs resident John Boccardo, the film, which features interviews with Hunter, Debbie Reynolds, Robert Wagner, John Waters, and Clint Eastwood, makes its desert debut Nov. 12 at the Camelot Theatres in Palm Springs. A VIP reception with Hunter will be held from 6-7 p.m. before the movie screens. PalmSpringsLife.com spoke with Hunter, who turned 84 in July, about posing shirtless with Roddy McDowall, why he loved working with Divine, and the best thing about making Grease 2.

Your book was a big success. What prompted the film?
“Allan talked me into doing the book. He heard that someone else was writing one, and he thought I should do it. Then a few years later, he said, 'I’d like to do a documentary.' I thought, Oh, what the hell. Why not?, so we did it.”

What was the most challenging aspect of making the film?
“I’ve never been comfortable talking about myself. But I got more used to it after doing the book.”

You say in the film that at the time, you didn’t talk to anyone about your sexuality.
“The only person I confided in was my good friend, Dick Clayton. Dick was the one who discovered me. He was part of my family, and I knew him until the day he died.”

In the 1950s, you did a magazine layout with Roddy McDowall. The headline was “Calling All Girls,” and it features you and Roddy hanging out, shirtless, and on the telephone …
“That’s typical Hollywood movie magazine stuff. They were always scraping the bottom of the barrel, because you were in a number of magazines every month.”

Did that particular layout seem homoerotic at the time? It certainly looks that way now.
“I’m sure it does, but I don’t think it did back then. There was a more naïve way of living than there is today.”

There’s been a lot of talk lately, questioning the necessity of the Hollywood closet. What are your thoughts on actors being openly gay?
“I think it’s still a big problem. But I’m not a part of Hollywood. I haven’t been for years.”

You also had a successful music career.
“I was really lucky with that.” I was surprised to learn that Jack Warner started Warner Bros. Records because of you.
“They didn’t have a recording company. I recorded an album for Dot and it was all set to go, but Warner refused to let them release it. He said, ‘We own you for everything.’ I said, ‘Mr. Warner, you don’t have a recording company.’ He said, ‘Well, we do now' — and he started Warner Bros. Records.’”

How did it feel to knock Elvis Presley off the top of the charts?
“I didn’t think about that. I was just excited about the song ['Young Love']. I thought it was a great tune.”

You have a star on the Palm Springs Walk of Stars. Have you spent much time in the desert?
“I remember when they planted the palms on Palm Canyon Drive. I had a little place at the Racquet Club. I used to go there every weekend.” You’ve said that one of your favorite leading ladies was Divine, with whom you made two films.
“Divine was such a great character. He was very serious about his work, just so dedicated. When you saw him with his work clothes on, he had sparks coming out of his butt, but when you saw him as a human being and not doing his shtick, he was like a big beached whale. He was a lovely, lovely person."

One of my favorite roles of yours was substitute teacher Mr. Stuart in Grease 2.
“Oh my gosh, that’s a terrible film.”

But you have one of the greatest musical numbers in it, “Reproduction.”
“I really enjoyed doing that. It was fun being with Eve Arden and Dody Goodman, who I’d worked with before, and of course, Connie [Stevens]. I knew her from Warner Bros.”

And Michelle Pfeiffer, who went on to become a huge star.
“That was her first. She was quite extraordinary.”

You could see it even then?
“Of course.”

In the documentary, your partner Allan says, “Tab’s attitude towards his Hollywood career is, ‘Been there, done that.’ He calls it his past life.” Did you ever consider dropping your stage name and going back to your original name, Art Gelien?
“No. People know me as Tab Hunter. I don’t like people who never knew me as Art to call me Art. I was labeled Tab Hunter and I just became Tab Hunter.”

What’s the best thing about being Tab Hunter?
“Gosh, I have no idea. I’ve never thought about that.”

It must open doors for you.
“I live a very quiet life. I get up in the morning, then Allan and I take a walk on the beach with our dogs. Then I come home, have breakfast, go out to the barn, see friends. Go to church down the street, which is a very important part of my life.”

Do people see you and go, “Oh my God, Tab Hunter!”
“No, but I’ve been through all that. It was very nice when it was happening, but I’m an old man now. There are more important things.”