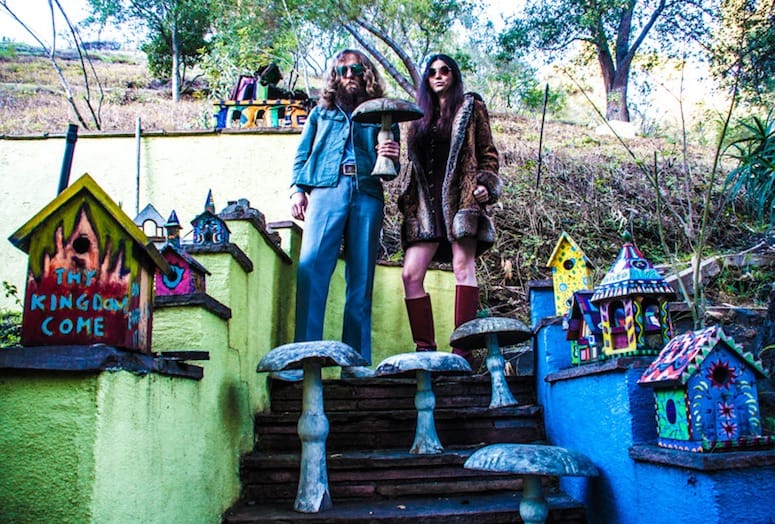 In 2003, Southern California native Matt Adams had one dream: to pursue his music.

In 2011, he met a soul who shared this dream, girlfriend and drummer Pearl Charles, who became the Yin to his Yang.

With roots in Joshua Tree and Los Angeles, this dynamic duo, known as The Blank Tapes, recently released their first album “Vacation”.

The Blank Tapes, which plays at Pappy & Harriett's Dec. 21 in Pioneertown, echoes back to a nostalgic The Beach Boys 1960’s pop sensibilities with a modern-psychedelic edge.

Having shared the bill with Matt Costas, Thee Oh Sees, and Growlers, the band is gaining heat by recently being featured on the Carson Daly Show in November.

They will play their new single “No Gifts This Xmas” at their “favorite rustic” desert venue.