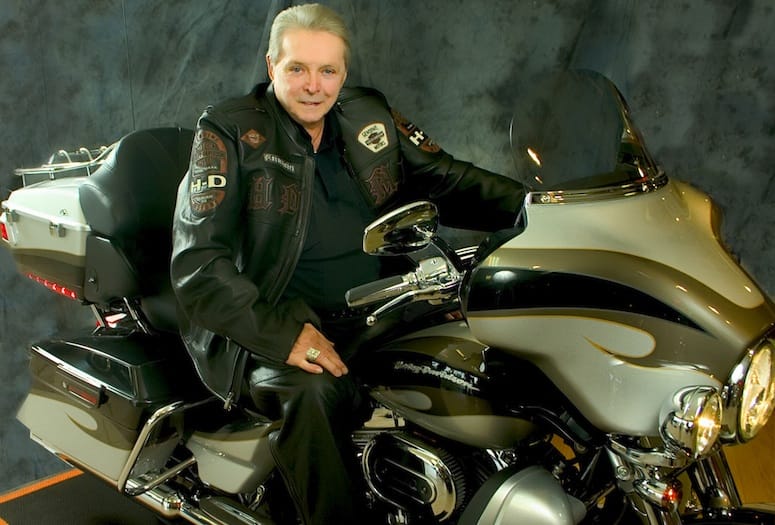 At 79, Mickey Gilley is not about retirement.

He’s still on the road telling his life story featuring a 17 hit-song career, and the country music legend will only stop when they put him “in that box.”

An accident five and a half years ago left Gilley with a back injury and slight paralysis. Now able to walk and perform 2.5 hour shows during his tireless national tour in 2015, Gilley performs at Stagecoach, which runs April 24-26 , in Indio.

Gilley’s famous family lineage was documented in a 2012 book, Unconquered. His almost 60-year musical career encompasses monumental films like Urban Cowboy; becoming a musical visionary in Branson, Mo.; and branding his namesake, Legendary, with restaurants in Las Vegas, Reno, and other locations. Mickey Gilley started in 1957 and registered his first hit in 1959.

A new documentary, currently titled, Rise and Fall, on Gilley’s restaurants comes out this summer on Country Music Television.

Palm Springs Life caught up with the unstoppable Gilley.

Your cousin is Jerry Lee Lewis?
“I followed my cousin Jerry Lee into the music industry back in 1957. I made a mistake, I should have followed my other cousin Reverend [Jimmy] Swaggart. Money talks! I’ve been having a great ride in my career, so I can’t complain.”

Did you ever write a song with Jerry Lee Lewis?
"(Laughs) No. The only song I ever wrote was back in 1957. I wrote this song and 50 or 60 years later the Yoplait yogurt company emailed me they want to use the song in a commercial. They found 'Ew We Baby.' There’s only 500 copies of the record and 300 of them burned up in a fire. How they got the record, I don’t know. I ended up making $55,000 off of this song.

You own a theater in the music town of Branson, Missouri?
"You know this is my 26th anniversary in Branson. I’ve already announced this is my last year; I’m not coming back. I’m going to do road dates until I die probably, because I enjoy playing music for the folks. As long as they enjoy seeing me, I will continue to perform." How did the movie Urban Cowboy happen?
"In 1974 when 'Bed Full Of Roses' hit, I met Conway Twitty. I was opening shows for Conway and I opened Gilley’s. My business partner wanted to attract the rodeo people who came from Houston. So he went out and found this mechanical bull and put it in the club. It’s a rodeo-training device. It caught on. This old boy from New York, Aaron Latham, got a hold of it, and he wrote Urban Cowboy [for Esquire].  On the way out to do Merv Griffin, my business partner said, 'Don’t say anything about the article, they might make a movie of this and they’re looking at John Travolta to play the part.' When he said Travolta, it kinda dawned on me that he came from the disco craze into the country phase. Johnny Lee had 'Lookin’ for Love' and I had 'Stand By Me' in the film, and we had a great run ‘til about 1986."

What is your favorite song to perform on stage still?
The one that is my favorite is 'The Girls Get Prettier at Closing Time' ‘cause that’s a true story. (Laughs) That’s what country music is all about…everyday life, and if you write a song like Hank Williams’ 'Cold, Cold Heart' and all these old tunes in the 1950s, coming on the Grand Ole Opry singing, it was so down to earth and about life itself.

What will your Stagecoach performance be like?
"Depends how much time I have. My regular show, I call it 'Down memory lane with Mickey Gilley.' I have a seven-piece band and two girl singers, and I call them my Urban Cowboy band and my Urbanettes. I’m telling the story of my life in music. In 1959, I had my first chart record with Kenny Rogers. The bottom line is I had four No. 1s in a row, and it’s been a great ride."