Palm Springs - golf | A Day at the Beach 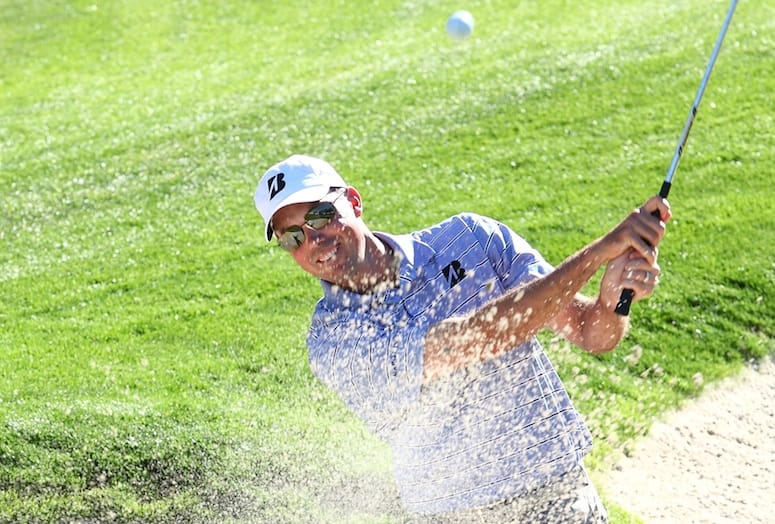 The beach is a fun place when you have a lawn chair and an umbrella.

But when the beach is on a golf course next to a green, it can be a bit intimidating!

Let me give you a few thoughts to help you improve your greenside bunker shots. A great majority of amateur golfers “fear” the bunker shot, when it can potentially be one of the easiest shots in golf when technique and confidence meld together.

The bunker shot is the only shot in golf which gives you a margin for error, allowing you to hit the sand one inch behind or even two inches behind the ball. If you were to do this on the grass, your result would be very undesirable. But in the sand, it's the only way to do it!

The best players on the PGA Tour only get up and down from the sand about 65 percent of the time, so don't feel as though you must hit it close to the pin out of the sand. Your first goal should be to consistently get the ball out of the sand and hopefully onto the green.

One of the most common mistakes made by amateurs is to decelerate through the ball due to the fear of hitting it too far. This often results in the ball being left in the bunker. You should feel like you are swing as hard as you would with a 7 iron from the fairway. Well executed bunker shots need speed!

Here are a few easy swing thoughts to remember when playing out of a greenside bunker:

• Play the ball off your front foot with your weight forward.

• Align your stance open to the target with an open club face.

• Swing along the line of your feet with ample wrist hinge.

• HIT DOWN one to two inches behind the ball.

Remember: In the bunker we are not trying to hit or lift the ball out, we are trying to splash sand onto the green. Be aggressive and watch your confidence rise!

VIDEO: Watch the video on greenside bunker play to see how it's done: https://www.youtube.com/edit?o=U&video_id=SMDIvneutDA