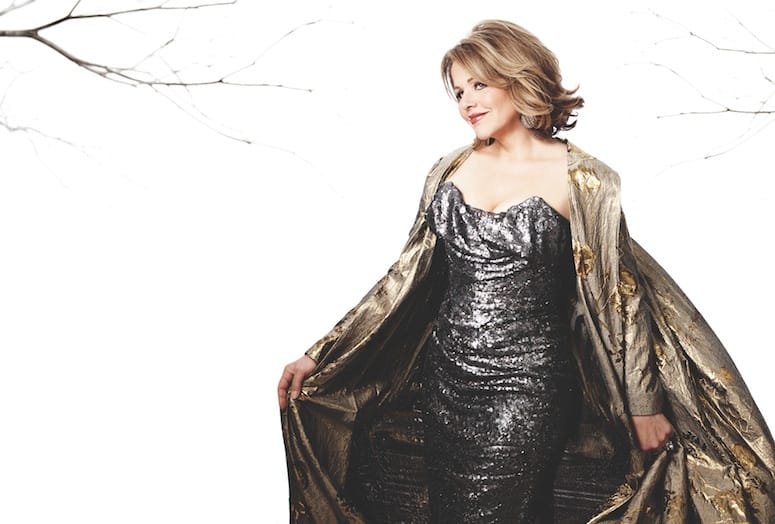 Soprano Renée Fleming will be performing at 7 p.m. on March 18 at the McCallum Theatre, with Paris Opera Musical Director Philippe Jordan at the piano.
Photo by Decca/Andrew Eccles

One of the greatest pleasures in opera is hearing Renée Fleming seduce, surprise, and captivate her audiences, controlling their emotions with her every silky smooth note. Two years ago, she and mezzo-soprano Susan Graham stunned a sold-out McCallum Theatre with a rare recital of duets. This month, Fleming returns for a marquee performance to launch the Festival of the Desert — a preview event serving up an all-star cast of musicians, dancers, visual artists, chefs, and speakers.

Fleming will reconnect with the festival’s founder, Philippe Jordan, the exciting young music director of the Paris Opera, who recently purchased a house in the Mesa neighborhood in South Palm Springs. The effort to create a classical arts festival in the Coachella Valley traces to 2005, when Jordan came to Palm Springs to rest between U.S. performances. “I visited while I was working at the Metropolitan Opera in New York and several other American orchestras,” he says. “I had two weeks free in October before concerts in Dallas and St. Louis, and I came out here and fell in love with the place. I was amazed by the silence, the beauty, and the energy. The weather was perfect. I had a wonderful time. Palm Springs gave me so much immediately, and I wanted to give something back.

“A lot of people [in the desert] come from the bigger cities and have sophisticated backgrounds,” he continues. “They’re missing that access to classical music. Places like Palm Springs are perfect for festivals. People can enjoy classical music in a very special atmosphere that is unlike any other place. It gave me the impression that it’s a place you can do a lot. It has a special character.”

Jordan enlisted the help of Barrett Wissman, chairman of IMG Artists, which represents the lion’s share of the world’s top classical musicians and produces festivals from Napa to Singapore. He immediately saw the potential of the Coachella Valley to support a classical music festival that integrates dance and visual art.

“The Palm Springs area is a melting pot, a destination for people from Southern California and all over the world,” Wissman says. “It’s a perfect marriage of being big enough, with people coming from all over, and small enough to create a community. It encourages intimacy and collegiality that are important to an event like this. We did something similar in Napa.”

Jordan returns to Palm Springs after a month of performances of the five-act opera Pelléas et Mélisande, by Claude Debussy, at the Paris Opera. His long relationship with Fleming helped entice the popular soprano to take part in launching the Festival of the Desert.

In Geneva in the early 1990s, Jordan recalls, “Renée sang [the part of] Contessa in The Marriage of Figaro by Mozart, with my father conducting. She was at the beginning of her career, and I was watching.”

His first collaboration with Fleming came in 2008 in a new production of Capriccio by Richard Strauss at the Vienna State Opera, wherein she sang the part of another “Countess.” They met again in 2012 at the Paris Opera for Arabella.

“We’ve known each other for a long time,” Fleming said during a phone interview from New York, where she was preparing for her last two performances as the beguiling femme fatale in the Metropolitan Opera’s production of Franz Lehár’s operetta The Merry Widow. “He’s the director of the most successful opera house in the world. There are very few conductors equally at home in multiple languages and cultures. I think it’s phenomenal that Philippe will spearhead a music festival [in the Coachella Valley]. It’s a gift for the community.” At the Festival of the Desert launch event, Fleming —a year shy of her 25th anniversary at the Met — will unleash a program as diverse as she is versatile. There’s a German core of Schumann and Strauss, a taste of Russian romanticism with Rachmaninoff, and even a measure of musical theater with Rodgers and Hammerstein.

The performance at the McCallum follows a day of programming at Sunnylands Center & Gardens, where Jordan will curate a performance, followed by a luncheon and a discussion about the future of the arts in America led by Michael Kaiser, former president of the John F. Kennedy Center for the Arts in Washington, D.C.

After Fleming’s performance, celebrity chefs will prepare a dinner at Sunnylands, where Quincy Jones will curate a series of jazz, hip-hop, R&B, and pop collaborations, and David Hallberg, the first American to become a principal dancer for the Bolshoi Ballet, will direct a dance performance. Jordan also embraces the movies as a birthright of Southern California, and says music from Hollywood films will factor into the program. LACMA — the festival’s visual art partner — has future plans to curate site-specific art installations, punctuating the multidisciplinary scope of the event.

“This preview will be a stunning visual and artistic display that shows how the Festival of the Desert will look in the future,” Wissman says. “First, I want to show people the quality of performers that we will present over time. Second, I want to show the diversity of the programming. And third, I want to encourage collaboration. This event is introducing the concept to all the constituents who want be involved — performers, institutions, donors, and volunteers — so that they know we’re here and want to collaborate.”

Fleming, who’ll arrive in the desert after a month of East Coast recitals with pianist Olga Kern, looks forward to connecting with the McCallum Theatre audience. She’s an artist who enjoys performing at festivals and gala fundraisers for arts organizations.

“I enjoy the festivity of it, the challenge of having that communication with the audience and sharing how much we love this music,” she says. “It’s so much more intimate. With an opera, you’re blinded by the light, there’s an orchestra pit, and you’re sharing the performance with others [on the stage.] With [solo] performances, if you see people not engaged, it’s your fault.”

To maintain the intimacy, she says, “I always introduce pieces — not in a lecture sort of way but rather what I find special, why I’m drawn to [the particular music]. People appreciate when there’s no barrier. I can introduce an audience to music they’re not familiar with. It gives the audience a way in.”

This openness is one reason Jordan and Wissman asked Fleming to participate.

That intimacy, Jordan says, is less about education than moving people to feel pure emotion. “Performers like Renée can transport you,” he says. “She can make you think, or feel sad or happy, or reflect about things. That’s what this is all about.”

Wissman adds, “Renée is not only a great artist but also a wonderful person and collaborator. She personifies the great artist and a collaborator in the spirit that we want to achieve. It’s the perfect situation.”

The festival has garnered impressive support in its startup phase, including from the Annenberg Foundation. Regina and Gregory Annenberg Weingarten serve on the festival board and helped forge a relationship with Sunnylands. Harold Matzner and Palm Springs Mayor Steve Pougnet also serve on the board, which includes Hallberg, Jones, and Erich Hofmann.

Jordan emphasizes that this month’s program offers a rich but small sample of what the festival will ultimately deliver.

“I want to bring an orchestra into the desert — an academy to bring younger people into the valley to train them with great musicians and perform several concerts,” he says. “This is my greatest goal.”

Festival of the Desert