Family YMCA of the Desert Thanks Donors 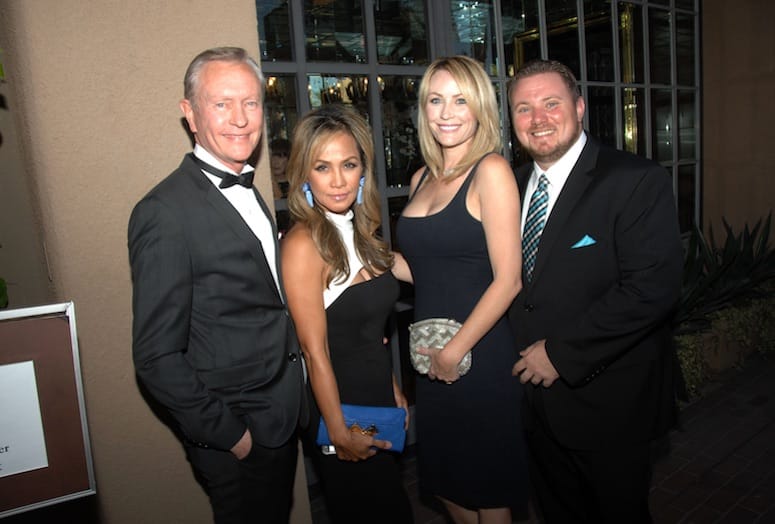 (From left) Walter and Geri Clark with Heather and Joe Price.
PHOTO BY DIMITRI HALKIDIS

Major donors, board members, and founders were recognized for their commitment to the Family YMCA of the Desert at its annual black-tie thank you dinner at Wally’s Desert Turtle for members of the Y’s Golden Circle.

The elegant evening began with cocktails and photo opportunities for guests and was followed by a special dinner prepared by Wally’s executive chef, Pascal Lallemand.

Ballew noted the dinner was held to honor the 200-plus guests and celebrate their support; it was not a fundraiser.

Palm Desert Mayor Pro Tem Sabby Jonathan gave the invocation. Harvey thanked the guests for touching the lives of people who use the YMCA.

The YMCA network in Greater Palm Springs has more than 400 staffers who oversee 3,800 children every day at 41 program sites.