A Laughable Life - when it comes to health and longevity, chuckling really matters. 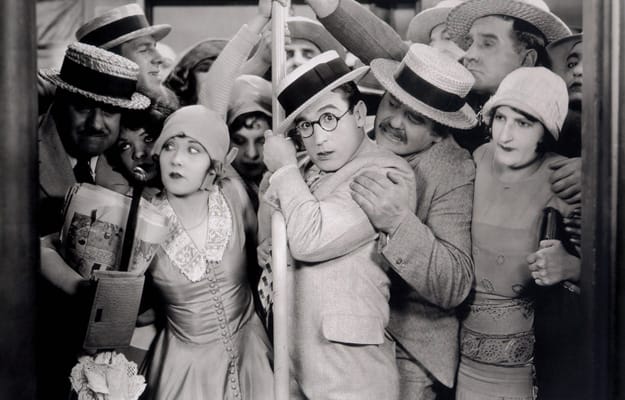 We know a good joke can brighten our mood, but research suggests when it comes to health and longevity, chuckling really matters.

Why was six afraid of seven?
I don’t know, why?
Because seven ate nine!

Groaning yet? Although painfully corny, that joke can send a group of first-graders into peals of laughter. Children laugh nearly 400 times per day, while adults manage to choke out a chuckle a scant 15 times in any 24-hour period. It seems we outgrow our funny bone as we age, a fact that not only can cost us points at cocktail parties, but also could negatively impact our overall health. Scientific studies have proven the benefits of giggling, chuckling, or rolling on the floor in stitches, with perks ranging from reduced blood pressure and diabetes resistance to increased tolerance for pain and improved cardiovascular health. Anecdotal evidence even indicates that laughter has reduced the size of cancer tumors, lending credence to the claim that laughter is the best medicine.

He Who Laughs Lasts

The connection between levity and longevity is not new; surgeons used humor to distract patients from pain as early as the 13th century. In 1979, Anatomy of an Illness by Norman Cousins provided a detailed account of how the author used comedic movies to hasten his recovery from a prolonged illness. The book’s theory, that laughter alleviates pain and promotes healing, later sparked a scientific study on the relationship between laughter and healing.

A 2006 study by Sven Svebak, a professor of psychiatry at the Norwegian University of Science and Technology, concluded that adults who have a sense of humor outlive those who take things too seriously, with results particularly notable for people with cancer. The study tracked 54,000 people over a period of seven years. After factoring in health, age, sex, and lifestyle, the study concluded that those with well-developed senses of humor were 35 percent more likely to be alive than their mirthless counterparts. A subgroup of 2,015 who entered the study with a cancer diagnosis and a great sense of humor had an increased survival rate of 70 percent compared with those who remained pessimistic.

Other studies support Svebak’s findings, begging this question: If humor helps us heal, why don’t more doctors employ it? Increasingly, the idea is making headway in mainstream medicine; the once-controversial “Patch Adams approach” to patient care is catching on. At Cancer Treatment Centers of America, humor therapy sessions and laughter clubs factor prominently into treatment modalities. In New York, the Montefiore Medical Center offers a program for cancer patients called Strength Through Laughter that includes comedy films, clowns, jokes, and other laugh-inducing treatments. The program’s popularity has inspired hospitals around the country to consider similar treatment approaches.

We live in a time when stress-related illnesses impact people from all walks of life. Anxiety attacks, insomnia, ulcers, high blood pressure, and migraines signal that it’s time to lighten up. According to Michael Kerr, motivational speaker and author of You CAN’T Be Serious!: Putting Humour to Work, now more than ever it’s important to keep a balanced perspective. Even if circumstances around you seem grim, it’s always possible to look on the bright side.

“Humor has been used by people in the most difficult and challenging of circumstances, from fighting cancer to surviving concentration camps. Laughing helps people rise above the crisis, if only temporarily,” Kerr explains. “It’s important during this economic downturn that people make an extra effort to celebrate minor successes, socialize more, and plan proactively to have more fun.”

Melody Flemings, a certified laughter leader, author, and teacher, agrees. “Feeling stressed or depressed makes it difficult to see the humor in anything. In these situations, we have two choices: mope around muttering or make the effort to maintain a humorous attitude,” she says. “It can be as simple as smiling even if you don’t feel like it. Smiling often leads to laughing, and both are contagious.”

Flemings, who lives in the Coachella Valley, has spent the past 10 years spreading the word about the importance of humor for your health. Her book, Laffing Matters: A Grouch Prevention Handbook, offers practical advice on adding more humor and fun to everyday living. Flemings works with individuals and groups ranging from high school students to corporate executives and says that anyone can develop a better sense of humor if they want to. In recent years, she’s seen an increased interest in the therapeutic benefits of humor, noting a burgeoning number of laughter clubs popping up around the country. Unlike comedy clubs where people pay to listen to stand-up routines, laughter clubs aim to help people feeling overly burdened by responsibilities, illness, or hardship regain the playfulness of youth.

You Must Be Joking

There’s a memorable scene in the Walt Disney film Mary Poppins where the main characters become virtually weightless by the uplifting power of laughter. Telling joke after joke, they levitate toward the ceiling as Mary’s jovial Uncle Albert sings gleeful choruses of “I Love to Laugh!” The scene’s metaphor, that laughter makes us lighter, is simple yet profound.

Many of us spend precious time and money trying to achieve or maintain good health. We may practice yoga for stress relief, jog to improve cardiovascular fitness, or consult a therapist to release negative emotions. Laughter addresses all of these health concerns and more. Letting loose with a good guffaw reduces stress and muscle tension, banishes bad moods, and can even mimic the beneficial effects of a good workout. Sometimes described as “jogging on the inside,” a belly laugh floods your body with oxygen and stimulates the production of endorphins.

Perhaps when it comes to staying healthy, a hearty dose of humor is one prescription we should remember to fill on a regular basis. And in these challenging social and economic times, finding new ways to add laughter to our lives may be just what the doctor ordered.

From slapstick and satire to romantic comedies, funny movies provide an escape from reality, if only for an hour or two. If you’re looking for a good laugh, try one of these: