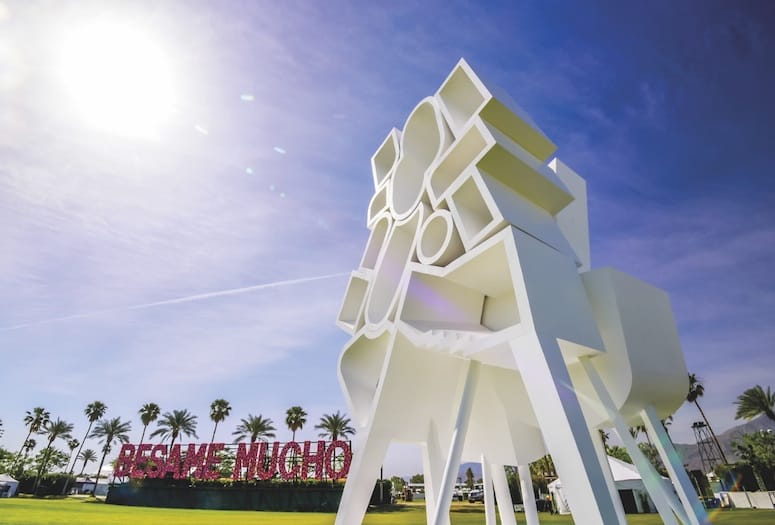 The Coachella Valley Music and Arts Festival lights up the night at the Empire Polo Club in Indio.
PHOTOS BY CHRIS MILLER/IMAGINE IMAGERY

Every April, the music world takes notice as the Coachella Valley Music and Arts Festival envelops two weekends at the Empire Polo Club in Indio, matching the biggest stars with the brightest newcomers.

Even without tickets, festival season ushers in plenty of events to fill your dance card.

“It’s not just music, it’s the Super Bowl of music with the offsite events too,” says music expert Brian Garris, promotions director for Alpha Media Palm Springs. “Several labels change their brand and their direction just for this festival. It’s amazing to see.”

Coachella has also evolved, becoming one of the first mainstream festivals to incorporate Electronic Dance Music (EDM). And in 2017, an additional stage is being incorporated, giving fans even more to love.

While Coachella is an eclectic mix of music, there’s no mistaking that Stagecoach, held a week later, is the quintessential country music festival, hosting headliners like Tim McGraw, Blake Shelton, Carrie Underwood, and Miranda Lambert.

Goldenvoice operates both Coachella and Stagecoach, and in October 2016, they expanded their reach. The heavily buzzed-about Desert Trip lineup was truly epic, with The Rolling Stones, Paul McCartney, Bob Dylan, The Who, Neil Young, and Roger Waters of Pink Floyd.

A trickle-down effect of Coachella has benefited the Joshua Tree Music Festival,an eclectic, intimate event that’s gaining in popularity. Other festivals include Splash House, an electronics music event held at a selection of resorts for a moving water and music celebration, and Tachevah, a showcase of Southern California bands on the rise.

The casinos — Spa Resort Casino, Spotlight 29, and Morongo Casino, Resort & Spa — attract many top names throughout the year, while The Show at Agua Caliente Casino Resort Spa is a magnificent venue to see a wide range of entertainers, from Duran Duran to Kathy Griffin. Local establishments like the Date Shed in Indio, The Hood in Palm Desert, Pappy and Harriet’s in Pioneertown, and the Hard Rock Hotel, The Purple Room, and Copa in Palm Springs provide smaller shows, offering a glimpse into some future festival acts.

• Prepare for the Heat
April can be super toasty for Coachella and Stagecoach. Drink plenty of water before, during, and after, and slather yourself in sunscreen. Also be aware that the venue can become dusty, especially when all the dancing wears  down the grass.

• Get the Shuttle Pass
If you’re not camping, it’s a good idea to invest in a shuttle pass to whisk you away. 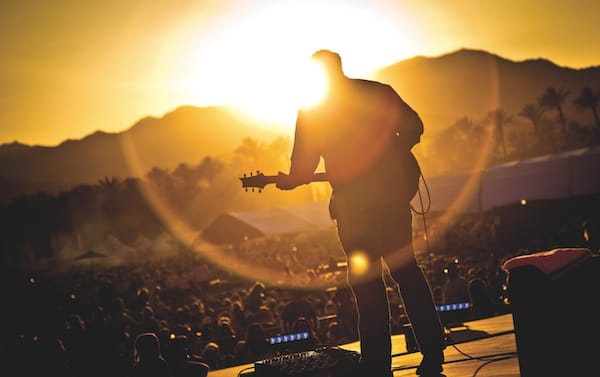 • Put a Lid on It
The sun here can be intense, so it’s a good idea to have a hat, especially since there’s no shade for the main and outdoor stages at the polo fields. Bandanas also come in handy to cool your brow.

• Go When You Can
The bathrooms are not located near the stages for obvious reasons. Due to the size of the venue and the number of people in attendance, plan ahead.

• Buy Early
In June, Coachella has a pre-sale. There’s a risk in buying tickets 10 months before the show, but it’s good to get in early because tickets sell out quickly even before the lineup is announced.