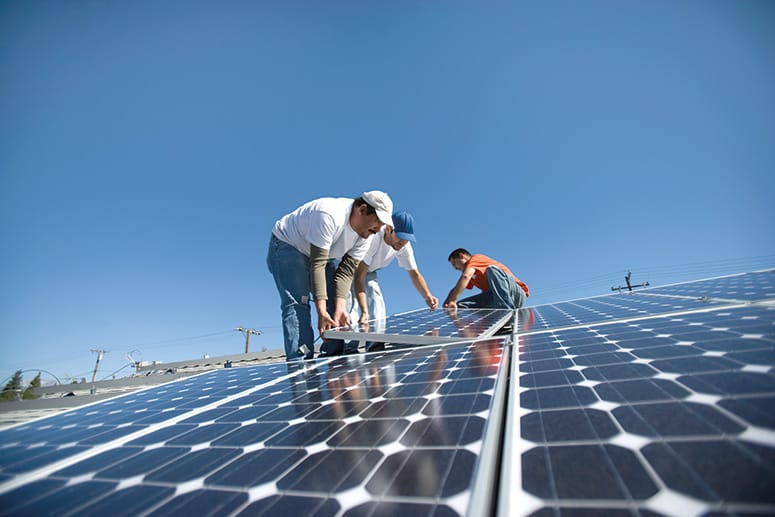 In the Coachella Valley, a solar industrial park could leverage the abundant sunshine to attract and expand businesses.

Since moving to the Coachella Valley in 2012, my wife and I have decided that this is perhaps the ideal place to live on Planet Earth. We purchased a home and chose to include a photovoltaic solar system on our house. Our decision was driven not only by our desire to minimize recurring costs but also to take advantage of the 360 days of sunshine annually.

Since installing our 9.9-kilowatt PV solar system, our electricity bill has been below zero every month. At the rate that we self-generate, our cost per kW hour over the life of the system is slightly under 6 cents.

Coming from Evansville, Indiana, where the flat rate is 16 cents and the average residential utility bill is the second-highest in the United States, we saw the solar opportunity as a great investment. The surplus production has more than offset the water, sewer, gas, and garbage collection fees associated with home ownership.

Businesses can take advantage of this renewable energy source, too. Unfortunately, California businesses have been wooed by other states such as Texas, whose governor, Rick Perry, has brazenly recruited companies to relocate principally due to the differences in the cost of doing business. Texas recently convinced Toyota to move its Torrance-based operation to Plano, Texas, partially on the basis of the cost of electricity.

In the Coachella Valley, a solar industrial park could leverage the abundant sunshine to attract and expand businesses. With the average rate for electricity nationwide at 10 cents per kW hour and California’s rate at 13.05 cents (per 2013 Energy Information Administration data), a solution that offers power-hungry industrial companies rates comparable to the rates we achieved at our home could vaporize the opposition to making things in California insofar as the Coachella Valley is concerned.

With the lowest state average being Idaho’s 6.44 cents and the highest being Hawaii’s 31.59 cents, a solar-fueled industrial park serving the Coachella Valley offering power at between 6 and 8 cents would be a great attraction for industrial expansion.

It is always good policy to leverage one’s best assets. In the Coachella Valley, the abundant sunshine is one of our best and most reliable. As electric rates continue to rise, the cost advantages made available by solar energy actually get better. The Coachella Valley Economic Partnership, which helps businesses grow and thrive, incubates solar energy companies in its Coachella Valley iHub and promotes renewable energy education in career academies at area high schools.

The Coachella Valley has a well-trained workforce and is a short drive to the more than 20 million people in Greater Los Angeles. An industrial park that offers businesses the lowest-cost electricity available would be a big step forward in establishing the Coachella Valley as the business crossroads of the United States, and that giant market of Los Angeles with its ports has the potential to make our region the best stop on that two-way highway that fuels the U.S. consumer markets.

Closing the Loop With Battery Storage

Generous state and federal tax credits offered to install renewable energy solutions have inspired many small industrial companies to invest in self-generation solutions such as solar panels. The effective electrical rates for these light industrial companies are comparable to the rates that residential homeowners have achieved.

The caveat with industrial rates is that there is a surcharge for the peak load associated with each meter. Electricity use is metered in two ways by your utility provider: first, based on your total consumption in a given month, and second, your demand, based on the highest capacity you required during the given billing period, typically a 15-minute interval during that billing cycle. In the case of a light industrial company, even if a solar installation meets all of the net consumption, there will still be a charge for any peak demand that happens either at night or when clouds pass over.