Roger Federer | A Star Is Missing From the BNP Paribas Open 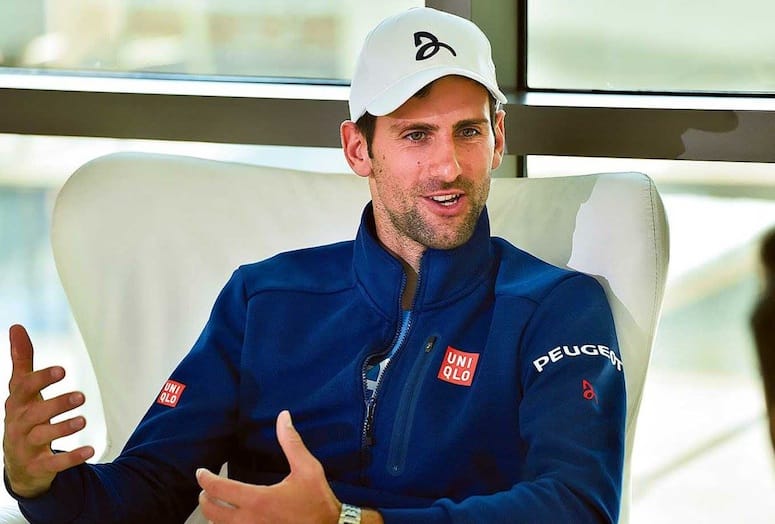 It’s time for the BNP Paribas Tennis tournament at Indian Wells, and it comes this year with a subtle twist.

For the first time, Novak Djokovic might really feel the love. That’s because, tennis’ reigning sweetheart, Roger Federer, is not showing up for the prom.

Djokovic is the best men’s player in the world right now. Nobody is arguing that.

He won his 11th major title when he took the Australian in January. He has won the last two titles and four overall at Indian Wells, which is not only one of the game’s prestigious Masters Series events, but draws so many people (more than 450,000 last year) that it threatens to overtake the French Open, one of the sport’s four Grand Slams, in that category this year.

Indian Wells is clearly the fifth major. All it needs is for somebody dressed in a power suit to say so and lead the way against the traditionalists, who see the Australian, French, and U.S. opens, plus Wimbledon, as enough big stages for the sport. Those four have gained their stature by tradition, politics, and geography. Indian Wells has earned it by performance. Roger Federer will sit out the BNP Paribas Open with an injury.

Djokovic will be seeded No. 1 in the Desert. Nothing can question that. No human. No computer.

Djokovic was troubled by a recent eye infection, but all reports way it’s healing. He had to retire from a quarterfinal match in Dubai last month because of the infection, the night after he had posted his 700th career tennis tour victory.

So, Djokovic playing in the desert is business as usual. What isn’t is the Serb playing in a top-level tournament without Federer around. Maria Sharapova also bailed from the tournament last week, due to injury, but there is no rivalry on the women’s side like there is between Djokovic and Federer.

Except he is injured and not playing at Indian Wells. He had surgery to remove meniscus in his knee nearly a month ago, and he might be ready to play again at the Miami Open, the Masters Series tournament that immediately follows Indian Wells. But no desert villa and warm weather this year for Roger, wife Mirka, and their two sets of twins. That means at least two things:

• The tournament might be attendance-challenged as it attempts to flog the French numbers. Selling tickets when spectators have no chance to see Federer is not as easy. His fan demographics run from age 10 to 100. Females especially seem to worship the poise and cool that is the Federer trademark. When he plays a match, especially a big one on a big stage, it can be more Woodstock than tennis.

• Djokovic can become the fan favorite, even if by default. Some things you take any way you can get them. Novak Djokovic has a chance to be No. 1 in the hearts of more tennis fans.

It isn’t that people dislike Djokovic. Not at all. He is very likable, a charitable person who sees the world outside of tennis and contributes to it. People just like Federer more, and they seem to grow in admiration and voice as he attempts to win one more major at an age when he probably should not be able to. That’s especially true as the second apple of their eye, Rafael Nadal, continues to fade.

Djokovic has never publically voiced any displeasure over the fans in matches with Federer. He plays, keeps his poise, and mostly wins. If the subject of fan support comes up in post-match interviews, he always handles it the same way: Roger is a great champion. He has won 17 Slams. He deserves this.

Now, the Federer-less BNP Paribas gives fans a chance to focus on Djokovic, to orally and emotionally embrace him. He is No. 1 in the rankings, and has a chance to become No. 1 in the hearts of more tennis fans.

He will admit none of this; of thinking about it, feeling it, being disturbed by it. No matter what your stature is in life, you cannot criticize Santa Claus. Djokovic is too smart for that. He probably will even talk about wishing Federer was at Indian Wells. That’s the athletes’ knee-jerk reaction in this situation; they always say they want to face “the greatest challenges.”

Yes, but once in a while, it is nice for an athlete on the level of Djokovic to have an undistracted audience, to have his own house. We will say the same that Djokovic says about Federer.