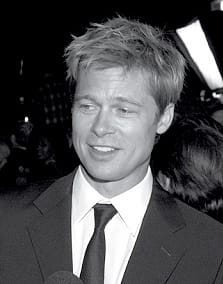 Peter Bart has had his eye on the Palm Springs International Film Festival for a long time, and he likes what he sees.

“It has a much wider appeal than it used to,” he says. “I think it has excellent leadership who really know how to put a good, solid event together. Now they have an opportunity to elevate it up to the top rung of film festivals.”

As editor-in-chief of Variety, Bart has overseen extensive coverage of the event. He conducted an on-stage conversation with Lifetime Achievement Award recipient Shirley MacLaine in 2006. In 2007, Bart and Peter Guber (chairman and CEO of Mandalay Entertainment) brought their AMC series Shootout to the festival.

This year, Bart and Guber, co-authors of the book Shoot Out: Surviving Fame and (Mis) Fortune in Hollywood, will once again share the glamour and excitement with a television audience. According to Bart, it’s easy enough to make event coverage appealing to AMC’s international audience.

“Just show the environment, what it looks like,” he says. “And there are always stars who have projects they want to talk about.” This is familiar ground for him. “I have a place in Palm Springs, so it’s easy for me to get comfy here,” he says.

When Guber came to cover the festival, however, it was his first trip to the area in several years. “It shocked me how much the place had grown,” he says. “It used to be one little street. But even though it’s become enormous, it’s still charming.”

And this charming location just may be the ideal spot for a film festival. “It’s an easy ride from L.A. or Santa Barbara, where a lot of the talent lives,” Guber says. “It’s easy for the industry to monitor, as opposed to Cannes or Venice, where we have to take two planes, a bus, and a boat. It has great amenities — beautiful hotels, swimming pools, golf clubs — and the setting offers a sense of romance to the films themselves.”

But, despite what your real estate agent may have told you, location isn’t everything. Something more is required to stand out amid an increasingly crowded field of film festival venues.

“There has been a recent proliferation of smaller festivals,” Guber says. “That means increased competition for films and stars. Festivals that don’t develop a unique voice are going to have a tougher time. Many of them are a mixed bag and look like a real estate ploy. Palm Springs clearly doesn’t need that [ploy], and it has the focus on the film. Palm Springs has the chance to emerge.”

Guber sees a few different directions in which the festival might develop.

“Toronto is a film market, Cannes and Venice are competitions, and Tribeca is about shining a light on the city,” he says. “Palm Springs has always been an oasis in the desert, and industry people are thirsty for product, they’re thirsty for recognition, they’re thirsty for information. The festival is visible, it’s on the radar, but Palm Springs must make a decision: Which is the leading concern? If it’s competition and awards, then the issue of how films get selected becomes very important. If it’s a market for exhibiting product and making deals, you need to focus on luring talent and distributors.”

Bart — who, as a studio executive and producer, played a key role in the making of films such as The Godfather, Paper Moon, True Grit, and Rosemary’s Baby — thinks the festival could become a focal point for dealmakers.

“Given its proximity to Los Angeles, one option would be to make it an active market,” he says. “Lift the temperature by following the Sundance Festival’s model. Steal some of their action. There’s a sense of excitement at Sundance, because a lot of filmmakers go there to be discovered and a lot of distributors go there to find product.”

Guber — whose production resume includes Midnight Express, The Color Purple, Rain Man, and Batman — speaks up for the competition option. “If I were the Mike Todd of the community,” he says, referencing a legendary Hollywood showman and innovator, “I would put together the most unique jury possible to draw together the most interesting new films and talent. And I’d limit it to clearly independent films, not big studio films made under the guise of independents. And then I’d give out three or four or five really meaningful, prestigious awards that the filmmakers could promote their films with, which would promote the festival. Make it not the last festival of the last year, but the first festival of the new year, and put an enormous spotlight on the films.”

Both agree that, besides the physical charm and beauty of its location and it’s convenient proximity to the capital of the U.S. film industry, the Palm Springs International Film Festival benefits from the enthusiasm of the community.

With all its assets, the future of the festival looks bright indeed.

All photos by Sherri Breyer-Mardones unless otherwise noted.