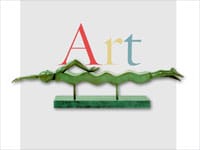 Operating an art gallery is a labor of love. Gallerists deal with the ultimate discretionary goods, collectors armed with auction and secondary market prices, and — in the case of the Coachella Valley — competition from brand-name dealers in New York, Chicago, San Francisco, and Los Angeles.

This is a small market with about 40 galleries — a fraction of the size of, say, Santa Fe, N.M., which has more than 250. Like any other art destination, the galleries in Palm Desert, Palm Springs, La Quinta, and Rancho Mirage occupy everything from small storefronts on main drags to architectural gems that have become the envy of many nationally known galleries.

Success generally comes in specializing, which galleries achieve in diverse fashion. Imago Galleries, for example, sets itself apart by dealing with blue-chip U.S. artists, with an emphasis on California painters and sculptors. Its superstructure, situated on Highway 74 a block south of El Paseo, was constructed with an angular window that shows off Dale Chihuly’s stunning blown-glass chandelier. Inside, it’s A-list all the way: red-hot Jennifer Bartlett, whose rogue mural was installed at MoMA before opening her Site Santa Fe exhibition in New Mexico; Tom Wesselmann; Charles Arnoldi; William Wegman; and Sam Gilliam, whose first full-career retrospective ended last January at Corcoran Gallery of Art in Washington, D.C. This season’s highlight will be the exhibition of California artists scheduled for March 2007.

Buschlen Mowatt Galleries, on Highway 111 at Portola Avenue, also offers blue-chip work in an architectural wonder, but emphasizes modern and contemporary sculpture. The gallery represents a rich portion of late British sculptor Lynn Chadwick’s estate, and also deals in works by groundbreaking artists such as John Henry and Sorel Etrog, as well as rising stars such as John Clement. This season will surely see Pop works by Robert Indiana, as well as paintings by Robert Kelly, Ricardo Mazal, and Alessandro Papetti.

German art prevails at The Hart Gallery on El Paseo. Eberhardt Hueckstadt — the only artist for whom the gallery dedicated its entire grand space — will be this season’s marquee artist, with a major show of abstracted nudes and portraits on paper and canvas scheduled for January 2007.

The gallery, well known for its paintings and sculptures by surrealist Paul Wunderlich, will host a solo exhibition of figurative paintings by Karin Volker in March.

Michael Aschenbrenner, a Marine who served in Vietnam, brings his Damaged Bones series to Denise Robergé Art Gallery on El Paseo. The daring, expressionist sculptor wraps cheesecloth, wax, and gauze around sections of pulled-glass forms as frail as the limbs they represent. The tension between the content and meaning transcends the smooth, colorful beauty of each small sculpture.cross the street, at A Gallery Fine Art, Erica Hopper will introduce a new series of paintings. Hopper, a Palm Desert resident with an appreciable local following, is fresh off a successful solo exhibition at Crossroads Contemporary in Santa Fe. Nearby, RE Welch Gallery had a strong inaugural season with Lorraine Jordan’s landscapes drawing much attention. Also look for works by Franco Chiarani, Vanni Saltarelli, Claudio Gotti, and sculptor Jean-Louis Corby.

Museum-quality American Impressionism rules at Edenhurst Gallery, the El Paseo destination where the story of California unfolds on canvas. By 1900, Impressionism had become the most popular style in the United States, but was concentrated on the East Coast. Painters seeking fresh sources of inspiration and a healthier climate came to Southern California’s deserts, mountains, canyons, forests, and coastlines. Today, paintings by William Wendt, Guy Rose, Edgar Payne, Granville Redmond, Maurice Braun, and others fetch hundreds of thousands of dollars at auction and continue to inspire a new generation of landscape painters. This season, the gallery also will showcase a few contemporary works by Junn Roca, Pan-Yen Chou, and watercolorist Gayle Roski.

About 15 miles northwest, in downtown Palm Springs, Adagio Galleries covers the Native and Latin American niche with a fine selection of works by the late R.C. Gorman, Miguel Martinez, B.C. Nowlin, Roger Hayden Johnson, and many others.

The only full-fledged photography gallery in the desert is Exposure Gallery, which has exhibited works by Charlie Bidwell, David Vance, Michael Childers, Tom Bianchi, and Helen K. Garber.

Modern Masters, the gallery on El Paseo, opens a satellite location in Palm Springs this fall, adding to the diversity of art in the area.Evocative Gallery, also downtown, finished its first season with a strong exhibition of paintings by Palm Springs figurative painter Robert Bradshaw, a shoe-in for an encore show in the season to come.

“Our painting is hailed by scholars as a major discovery,” says gallery co-owner Thom Giannetto, emphasizing that it is one of only 100 known canvases by the artist. “The location of the painting is Tahquitz Canyon seen through the cottonwoods at what we believe is the corner of Ramon Road and Palm Canyon Drive — the same location as the Irvine Museum’s signature work by the artist that has appeared on the cover of California Impressionism, the book for the exhibition at the Olympic Games in Atlanta in 1996. [The museum’s] painting, titled The Pool at Sundown, is the fall version of our painting.”

The museum considers its Frost canvas — which is the same size as Through the Cottonwoods (24×28 inches) — among the masterworks in its collection. Edenhurst’s painting, valued at $650,000, is similar to the lost canvas San Jacinto Thro’ the Cottonwoods, which won first prize at the Southwest Museum in 1922.

Frost had been in California for only a short time; he had spent at least 15 years painting with the French Impressionists, including Claude Monet, Alson Clark, and Guy Rose. In fact, you can see Rose-like fishhook strokes in the Frost painting.

Carlos Geggie, who ran the Desert Inn in the 1920s and ’30s, purchased the painting at one of the shows Frost installed at the hotel. Geggie treasured the painting, even after he moved away. When he died in 1984, his ashes were reportedly spread in the San Jacinto Mountains, and Through the Cottonwoods went to his brother Robert. When Robert died, his son Bob, who lives in Orange County, took possession of the canvas and sold it to Edenhurst Gallery.   — S.B.