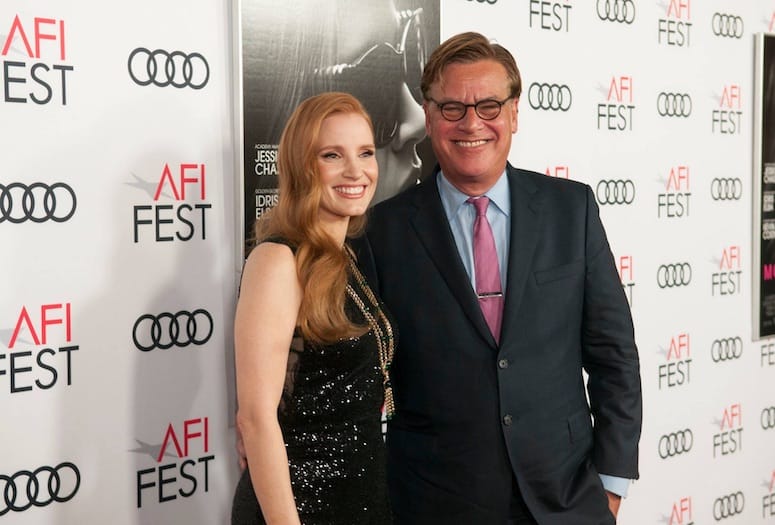 Jessica Chastain and Aaron Sorkin at AFI Film Festival Screening of Molly's Game will reunite for the Variety brunch in Palm Springs.
PHOTO COURTESY OF MOLLY'S GAME ON FACEBOOK

Variety will present writer Aaron Sorkin with its Creative Impact in Screenwriting Award at a brunch during the Palm Springs International Film Festival Jan 3 at the Parker Palm Springs.

The award will celebrate Sorkin’s prolific screenwriting career, which includes an Academy Award for The Social Network and multiple Emmy Awards for The West Wing, as well as his directorial debut with the upcoming film, Molly’s Game from STXfilms and The Mark Gordon Company, opening Dec. 25. Sorkin has received a Golden Globe nomination as well as a Critics Choice nomination for the screenplay of the film.

"It's no exaggeration to say that Aaron Sorkin has dramatically changed the art of modern film and TV writing,” said Steven Gaydos, Variety vice president and executive editor. “With intelligence, passion and wit in equal portions, his propulsive expressiveness has redefined the limits of character and dialogue, and his newest film, , is a thrilling example of the maestro at the top of his game."