Acqua California Bistro Brings Back "Broadway at The River" 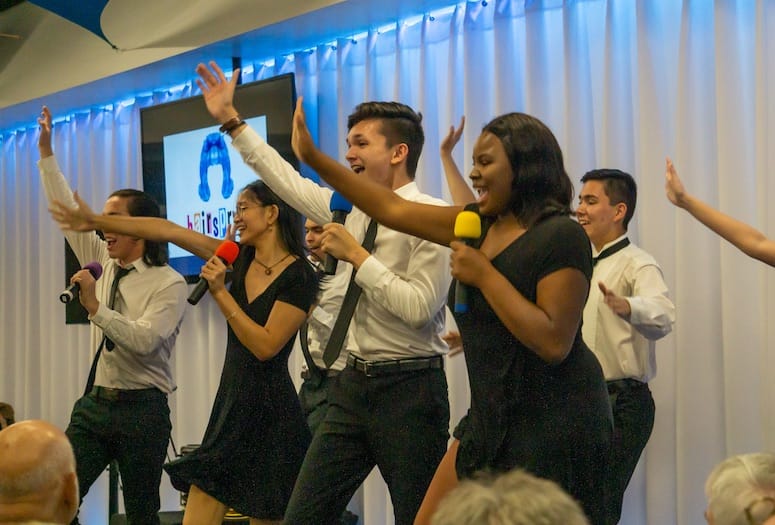 Acqua California Bistro and David Green’s Musical Theater University are bringing back “Broadway at The River” with a five-week run in Rancho Mirage. This is the encore to a four-show series that sold out every performance in July.

“We’re so grateful for the community support that made ‘Broadway at The River’ a huge success this summer, and we look forward to delighting even more audiences with performances from the students and alumni of Musical Theater University,” said MTU director David Green. “The commitment to excellence from our cast and the support given to us from our ‘Broadway friends’ made this series very special.”

Doors open at Acqua’s River Room starting Aug. 29 for five consecutive Thursdays. “Broadway at The River” is a two and one-half hour dinner theater show (with intermissions) featuring the MTU students performing as “singing waiters” and as the cast of a Broadway-themed song and dance revue. A guest performance from a rotating cast of Broadway stars caps the show.

VIDEO: Watch one of the July shows at Acqua California Bistro.

The July series featured guest performances from Broadway theater stars including Davis Gaines from Phantom, Janene Lovullo from Cats and Les Misérables, Alix Korey from Chicago and Fiddler on the Roof, and Eric Kunze of Miss Saigon and Les Misérables.

The new line-up of “Broadway friends” for August and September includes:

“’Broadway at The River’ was a huge summer success,” said Acqua founder Jerry Keller. “We’re proud to support Musical Theater University and their student actors from across the valley and David Green’s passion to introduce these kids to theater. It’s terrific fun for everyone.”

Acqua California Bistro is open daily from 8 a.m. to 9 p.m., with later hours on weekends, and is located at The River in Rancho Mirage, 71-800 Highway 111. Visit acquaranchomirage.com for more information.