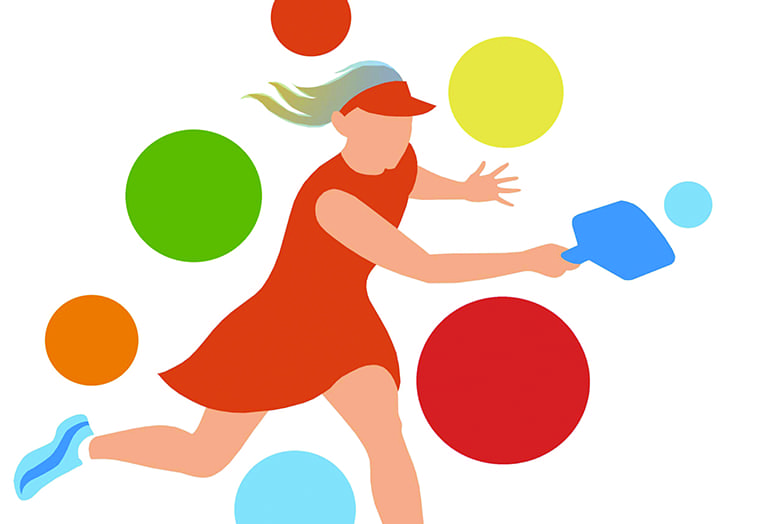 “Age is less relevant in staying fit than it has ever been,” says physical therapist David Wilson, who has been in the orthopedics field for 35 years and whose Bodyworks clinic in Palm Springs has been operating for 13 of those. “There are some very determined seniors playing pickleball and golf and tennis.”

Wilson and his staff often see these determined seniors after they’ve overdone it a bit. “A lot of the injuries are similar to those you see  in soccer players — twisted knees  and strained shoulders.” He says pickleball in particular brings out latent competitiveness in some participants. He has even heard of players being hurt while diving to make shots.

Despite the inherent risks of being highly active into one’s 70s and 80s — and even 90s — Wilson offers good news for the accident-prone. “The surgeries that are being done now are terrific. They are minimally invasive.” A few years ago, he says, hip surgery may have required a large incision and caused a lot of damage  to muscle. Now, incisions can be very small with a minimal amount of damaged tissue.

The less damage to tissue and muscle, the easier the recovery through physical therapy. Bodyworks focuses on “restoring function as soon as possible through gait training,” Wilson explains. Even minor surgeries can cause patients to change the way they walk, he adds, resulting in an unnatural gait that can cause additional musculoskeletal issues. His team encourages patients to adopt a homework ethic that can make the recovery time pass surprisingly fast.

Wilson says that one of the most exciting new treatments for active seniors is Synvisc, an injection that can stabilize damaged cartilage in  the knee for up to six months. Though repeated injections cannot indefinitely prolong activity, the compound allows seniors to postpone surgeries until … well, after pickleball season.