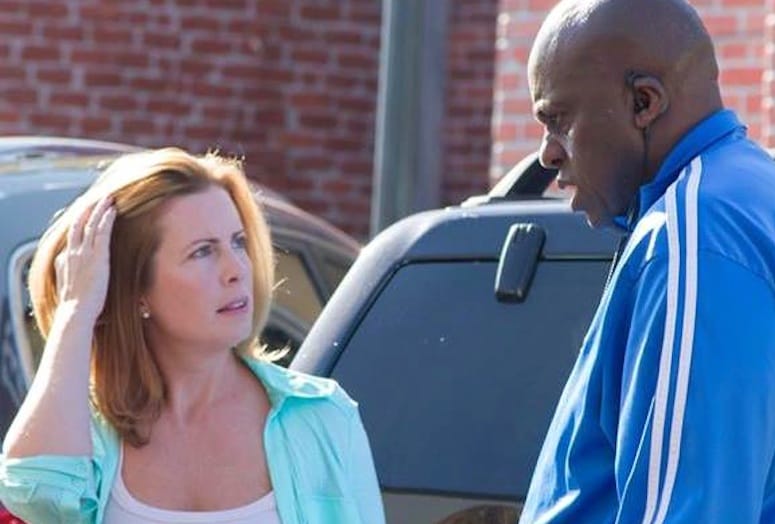 Actress Martha Byrne is putting her money on the future of web-based programming.

And so are others.

“The attitude towards original on-line content has changed,” says Byrne, best known for her Emmy-winning TV roles as Lilly Walsh Snyder on the daytime soap opera As The World Turns and Andrea Foyd on General Hospital.

“In the past, the advertising value was not perceived. There was a struggle here with risk and measurements for return on investment were difficult, making it tough for the little guys to get financing,” she adds. “Now traffic can be measured with feedback and clicks from an audience. There is more attention and money being put into online projects.” Weight is an independent production that has captured the directing talent of Fred King Keller (24, Boomtown, Justified), and Byrne will star in the role as Claire.

Her acting career has taught her that a good story sells, regardless of the venue.

“There will always be a need for serialized drama. Story-telling will never get old,” she says. “How you tell the story is evolving. The web has reenergized this. This area is a creative space for the freedom of the artist, director or writer, for example, to have fun and do what they want to do. It’s the land of opportunity for storytelling.”

Byrne will be among like-minded web actors, producers, directors and fans during the second annual “Hot As Hell 2”, the Web Series Fan Fest running Aug. 8-10 at the Riviera Palm Springs.

“This is a much more intimate event, and everyone is in the same room,” Byrne says. “It’s an important opportunity to connect and network, to meet creative, cool people and receive advice or consult.  This is the most generous group of people and we are all trying to get our stuff made…to fight the good fight.”

At the height of daytime soap opera’s reign, a young Byrne, born in New Jersey, moved to Los Angeles at age 19 to pursue an acting career. Exploring the Hollywood scene, Byrne stayed true to her Catholic upbringing with her spirituality helping to guide her path.

“I’m Catholic,” she says. “I’m not a preacher of my religion. I think it’s personal, but I had a hardcore, very strict upbringing as far as schooling and family. Thank God as I was in show business. There was no TMZ then. I went to church everyday in LA to keep myself grounded…I would speak with the priest at The Good Shepherd about my life and he said ‘you need to go home to your family’. Literally, I flew home and I got a phone call from As the World Turns.”