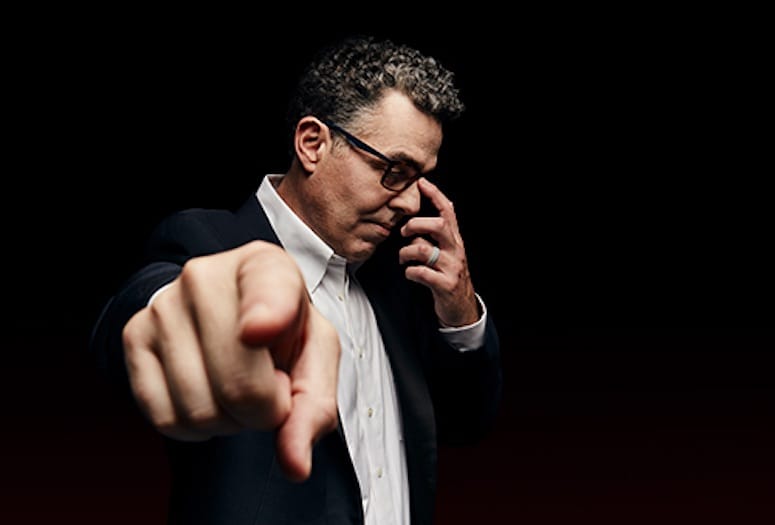 Known for his popular podcast, The Adam Carolla Show, the outspoke Carolla will be in Indian Wells on March 24.
PHOTOGRAPH COURTESY ADAM CAROLLA ON FACEBOOK

In an era where almost any opinion shared may be construed as contentious, are there any safe spaces to say what you think? The question will be the theme of a March 24 Desert Town Hall discussion between Dennis Prager and Adam Carolla in Indian Wells.

The talk, dubbed “No Safe Spaces,” is also the title of a documentary directed by Justin Folk and featuring Prager and Carolla. It showcases, among other things, colleges around the country shutting down free speech.

“Today’s campus snowflake is tomorrow’s teacher, judge, or elected official,” notes the film’s Indiegogo page. “And if that doesn’t scare you, maybe you should reconsider. No matter where you live or what you do, if you don’t think the way they do, they will attempt to silence and punish you.”

Harsh or sobering? Best to delve into the documentary and decide for yourself.

The pairing of Prager and Carolla in Indian Wells should be electric.

Prager is a best-selling author (Think a Second Time, Happiness is a Serious Problem), as well as a columnist and nationally syndicated radio talk show host with more than 2 million listeners on 150 stations across the country. He also operates Prager University, a virtual school where each class runs only 5 minutes.

Carolla hosts the popular podcast The Adam Carolla Show and holds the Guinness Book of World Records title for the Most Downloaded Podcast. He’s also at the helm of Speed TV’s The Car Show, doing the proverbial “guy’s guy” as he reviews cars. He appeared on the hit radio show Loveline from 1995 to 2005 and voiced characters on animated TV shows. His book Fifty Years We’ll All Be Chicks … And Other Complaints from an Angry Middle-Aged White Guy captured attention, as did his turn on Dancing With the Stars. 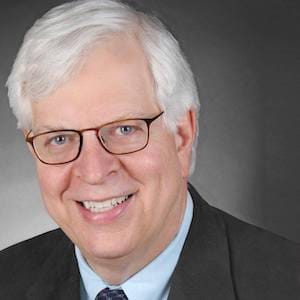 He says the talk with Prager will address, among other things, what today’s youth expect in the world. “There’s an element to right the ship,” he admits.

An out and proud atheist, Carolla proposes avoiding a victim mentality in culture and that there’s no better country to do that in than America. “That thought,” he says, “which is as old as this country, is labeled as the ‘right wing shine,’ which I find peculiar, because all I am talking about is moms and dads raising kids, and doing hard work, and not playing the blame game. For some reason that makes you a heretic. At least in Hollywood. I’m still confused as to why that is.”  What’s not confusing is Prager and Carolla’s view on informing today’s youth.

“It’s important they understand that Madison Avenue is going after them,” he says. “And even though they [Madison Avenue] make it that young demo, it doesn’t mean they know anything. I didn’t know anything when I was 17. Even though there’s a future, they are not the present and they should listen to people who have wisdom.”

But there is a caveat.

“A little less ‘knowing what they know’ or ‘feeling what is right in their heart’ and a little more respect and reverence, perhaps,” he says. “More of a posture of ‘What can I learn from a guy like Dennis Prager?’ versus ‘I am going to tell him how I feel.’”

Bottom line: Use the mind and ears and hear other perspectives and ideas.

While on the topic of youth, what was Carolla’s like? It’s clear from the media he produces that he acts as somewhat of a grounding force with the people he partners with.

“I didn’t really have an upbringing, so to speak,” Carolla says. “I didn’t really ‘live’ as a young person. I always had my eyes and ears open but I didn’t get bright. I didn’t have parents that told me what to do or not to do. I did whatever I wanted to do. When you are left alone to do what you want to do, and all you do is what you want to do, from the age of 11 on, you learn what works and what doesn’t work. Because nobody is working it for you.

“You either learn or you don’t learn.”

He went for the former. He veered away from college, delved into construction, and became very “hands-on,” noting that he learned everything he needed to learn on a construction site.

“There were no pie-in-the-sky theories about success,” he continues. “Other people holding you down, coming from the other side of the tracks, or white privilege — whatever. That was neither here nor there. Many years of that and living on your own, I understood what I needed to do and what made things work.”

That probably accounts for his success and longevity. “I never dreamt about what’s happening now,” he says. “I didn’t think about it when I didn’t have it, and I don’t think about it now. I didn’t have an expectation — high or low. My plan was to move forward and get better every year, learn [the] craft, and have people who want to collaborate and see what happens.”

Not a bad plan, actually.