GO: Christmas with the Crawfords / Through Dec. 22 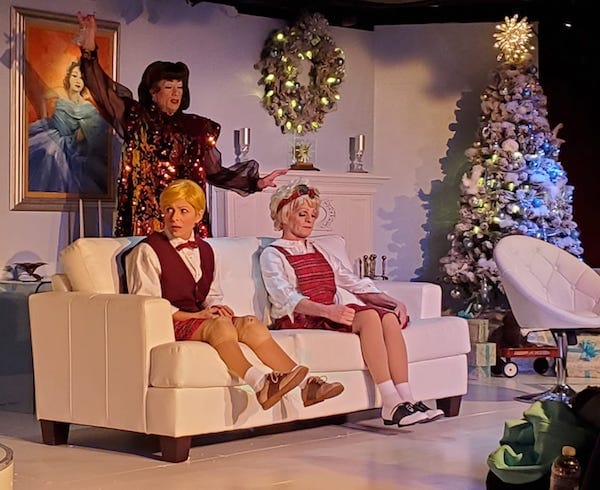 Christmas With the Crawford.

This Rodgers and Hammerstein show nabbed Tony awards in 1952, 1996, and 2015, but the making of the musical wasn’t exactly smooth sailing — the duo overcame the limited vocal range of their star actress and a rare dispute over lyrics, among other issues. See the final product at Palm Canyon Theatre in Palm Springs. palmcanyontheatre.org

Indio stage company Desert Theatreworks’ production of this classic tale about a magical, umbrella-toting nanny is supercalifragi … you know the rest. dtworks.org

Fifty years after the uprising at the Stonewall Inn in New York City that kickstarted the fight for LGBTQ rights, the Palm Springs Art Museum presents this exhibition of photographs and collages exploring the power of queer intimacy and touch. psmuseum.org

Pitch Perfect meets Disney songs and show tunes in this performance at the McCallum Theatre in Palm Desert. 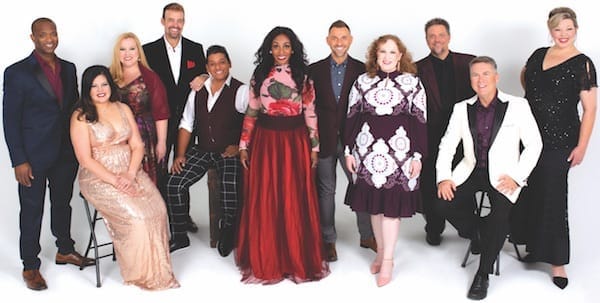 YouTube sensation Voctave is an 11-piece a capella group known for their musical “medley” videos combining tunes with common themes (think “tracks from movies” or “Disney princesses”) into one show-stopping mash-up. mccallumtheatre.com

Saxophonist Dave Koz’s many contributions to the jazz world are impressive (his 2003 album Saxophonic received a Grammy nod) and sometimes unconventional (he hosts jazz music festivals at sea on a Royal Caribbean cruise ship). Koz teams up with musicians Jonathan Butler, Melissa Manchester, Michael Lington, and Chris Walker to play the sounds of season at the McCallum Theatre. mccallumtheatre.com

A decade after the release of his debut album, the former American Idol star appears at Fantasy Springs Resort Casino for — you guessed it — your entertainment. In addition to releasing three solo records (one of which topped the Billboard 200 charts, making Lambert the first openly gay artist to do so), he’s flexed his vocal chops touring the world with Queen. fantasyspringsresort.com

“A Modern Family Holiday Concert” will showcase traditional holiday classics along with new music from today’s most talented composers and lyricists at the Annenberg Theater. psgmc.com

Born to a family of celebrated gospel singers, Dionne Warwick found fame in the 1960s after her background vocals on a Drifters track drew the attention of songwriters Burt Bacharach and Hal David. The New Jersey–born musician performs Christmas songs at Fantasy Springs Resort Casino. fantasyspringsresort.com

Celebrate the holidays European Old-World Style with Advent Sunday at a castle-like private residence featuring swans. The pre-film event will be filled with live choral music while you are treated to a host of sweet seductions- including hot chocolate, fresh baked German goodies, French delights, and straight from Bavaria imported unique sweet, hot mullet wine, and Prosecco. Following the Advent - attend a screening of the romantic drama CHOCOLAT. psculturalcenter.org