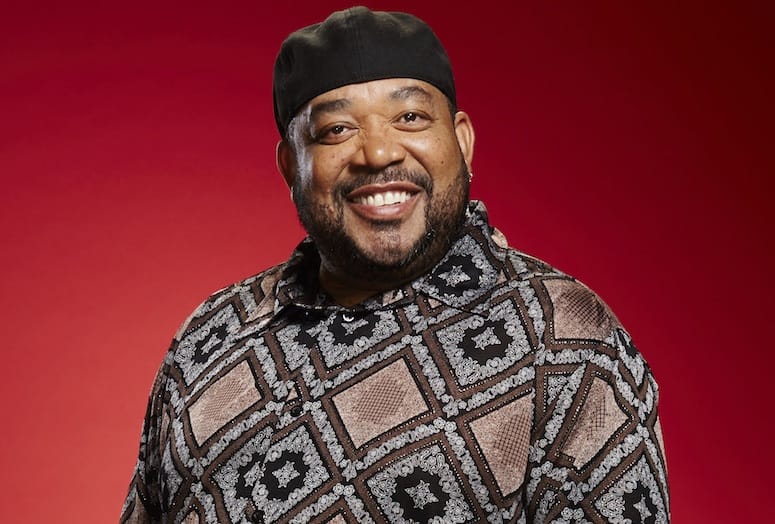 Coachella Valley resident Barry Minniefield loves the concept behind the hit TV show, "The Voice." "They don’t see your face, they know nothing about you. It’s all about the voice.”
Photo courtesy of MPRM Communications

The Coachella Valley resident admires how “ the man can take any song and it’s his voice.”

Minniefield hasn’t quite found a signature style of his own, but he has attracted a following. Minniefield has landed a spot on Team Adam after passing the blind audition portion of the hit NBC show, The Voice.

Minniefield says he was inspired to audition on The Voice because the competition focuses on each participant’s vocal ability.

“It’s a great concept,” he says. “They don’t see your face, they know nothing about you. It’s all about the voice.”

Levin grabbed Minniefield during the blind audition rounds ahead of fellow superstar coaches Blake Shelton, Christina Aguilera, and Pharrell Williams, when coaches listen to artists while seated with their backs facing the auditioner.

Minniefield has words of praise for his new mentor, noting, “He’s awesome. He’s a great coach.”

Sage Advice From the Man Who’s Got “Moves Like Jagger”

• “Adam gave me insight into music and said the most important part of a song is the bass and drum. This was an ‘Ah Ha’ moment for me. I changed.”

• “I have a high voice like he does, and he said I don’t use my high register as much. I need to explore this and go out of my comfort zone.”

Minniefield began singing in the choir as a young boy, joining his grandmother at church in Fort Wayne, Ind. In 1986, he moved to Los Angeles prior to settling in the Coachella Valley where he continued to cook and sing.

An accomplished chef, Minniefield has had his own catering business, catered and sang Sinatra songs at the Frank Sinatra estate and recorded his own CD. He’s been called the “Singing Chef to the Stars,” but he says he has put his talented culinary skills aside (unless you’re friends or family) to focus on his music.

“I am so much into my music,” Minniefield says. “I want to start touring, singing with big bands, orchestras, philharmonics. I have big dreams.  The dream for The Voice came true and I think my dreams of touring will also come true.”