Adam Pascal to Showcase His Broadway Chops in Palm Springs 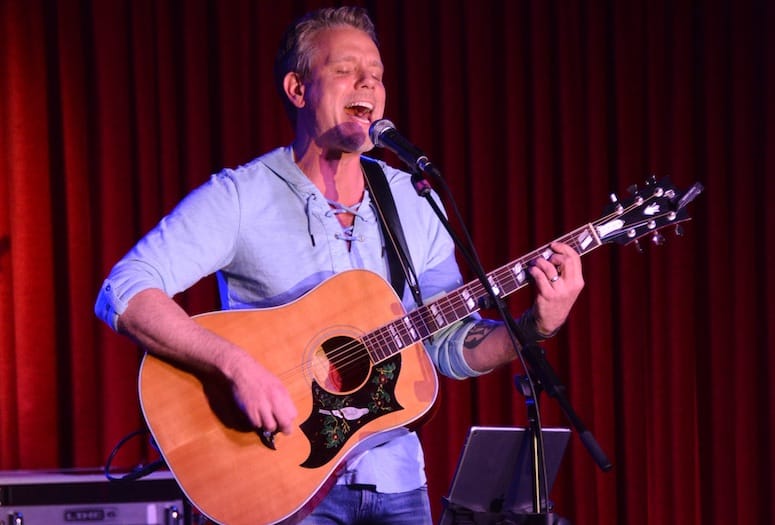 Adam Pascal: "As a performer, I can’t but have a part of me that feels as if I am going to be outed as somebody who doesn’t have any talent, and that I’ve been fooling people for 25 years. In your career, you naturally go through those cycles."
PHOTOGRAPH BY TONY D PHOTOGRAPHY

Let’s get this out of the way first: Broadway titan Adam Pascal originated the role of Roger Davis in the off-Broadway production of Rent back in 1996. Swoon if you must, but Pascal is more than just “that Broadway rock guy.”

“I continue to struggle, to a certain degree, to break out of that image,” Pascal says. “That’s just so boring at some point. I made a conscious effort, starting with Cabaret when I played the emcee, to expand what I am capable of.”

Beyond garnering best musical actor Tony and Drama Desk nominations for his performance in Rent — he also turned heads in the film version – Pascal has appeared in some of the world’s most popular stage productions, including Aida, Chicago, Hair, Memphis, Disaster, Something Rotten!, and Pretty Woman: The Musical.

All of it filters into “So Far,” an intimate acoustic career retrospective, which Pascal brings to The Purple Room on Sept. 7. Besides performing songs, Pascal will share stories and answer questions from the audience.

Let’s talk about the title of your show, “So Far.”

The title seemed appropriate because I am doing a number from all the shows I’ve done on Broadway so far. I’ve been doing solo performances for many years, even before theater. Very often afterward, people would say, “Oh, I saw you in so and so, and I wish you would have played a song from that.” I decided to put together a show with just an acoustic presentation.

You began singing at age 12. What is it about singing and performing that you loved so much?

It started out as something where I thought I didn’t have any other abilities. And quite frankly, I’m not sure I do. At that point, I loved rock music, so it was very much, “OK, I can sing. I love rock music. Let me be in a rock band.” And that was my focus for many years until I started doing theater, which, in a way, I fell into. The audition I had for Rent came my way somewhat by accident. That launched me into a career in theater. In the time since, I became much more interested in a scaled-down version of performing. 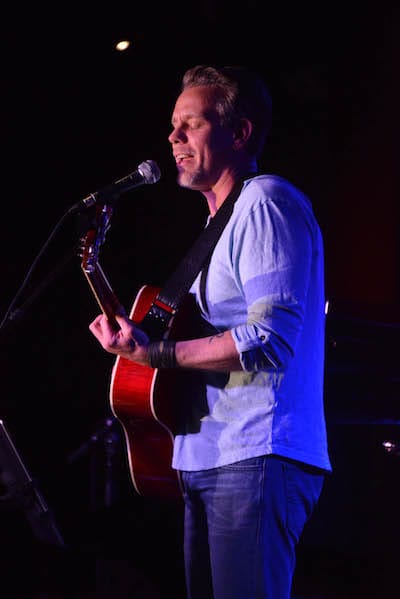 Adam Pascal says he will take questions from the audience during his Palm Springs performance.

I spent many years in the rock band scenario with loud guitars and drums and amplifiers. I’m old now. I aspired to do something a lot more intimate. And quieter. The show that I am doing, in addition to performing all these songs, I do a lot of storytelling about being on Broadway for many years – the shows and what my experience in that world has been like, what it’s been like to have this kind of career – the highs and lows. And I try to demystify what some people may think it’s like to have a career on Broadway. I’ll take questions from the audience throughout the evening, too. It makes for an intimate evening.

What was one of the ‘lows’ and how did you move through it?

The lows are those times when you think you’re never going to work again. Those times when you question: “Have I made the right decision with my career? Are people still going to like me and come out to see me perform?” I question that every single time I go out on the floor. “Is this going to be the time when people realize I am a fraud?” You know what I mean? As a performer, I can’t but have a part of me that feels as if I am going to be outed as somebody who doesn’t have any talent, and that I’ve been fooling people for 25 years. In your career, you naturally go through those cycles.

You’ve been in some of Broadway’s most amazing productions. What have you’ve learned from being part of those significant experiences?

On a practical level, I’ve learned new skills with every show I’ve done. Whether it’s speaking in a different accent or some kind of choreography. Because I came into theater without having a theater background, I am very pourus in my ability to absorb everything around me. I wanted the experience and the direction and the talent of all these people around me to rub off on me.

“…some of the best lessons I’ve learned have come from my own failures and my own struggles with myself, and being surrounded by people that have enabled me to recognize those things and change.” 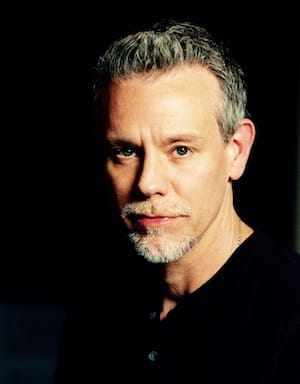 Who was one significant influence in your life and what did you learn from that person?

Anthony Rapp, who was my costar in Rent. We remained close friends over the years. I’ve learned so much about openness, humility, kindness, and the willingness to try new things. And temperament. I’ve had the worst temperament. And he has the most wonderful temperament. I’ve aspired to try to go through my daily experience with the type of temperament he has.

I’m a hot head. I don’t think before I talk. I don’t think before I act. I let the most mundane things bother me. I might insert myself into situations that have nothing to do with me and then let them upset me. My temperament, because of the way I was raised, has not been great. I’ve struggled with that. I’m learning to try living with a much more serene attitude. The other has not been working.

My wife has given me some of the best advice, but some of the best lessons I’ve learned have come from my own failures and my own struggles with myself, and being surrounded by people that have enabled me to recognize those things and change. It has to change from the ground up, and everything changes with it.