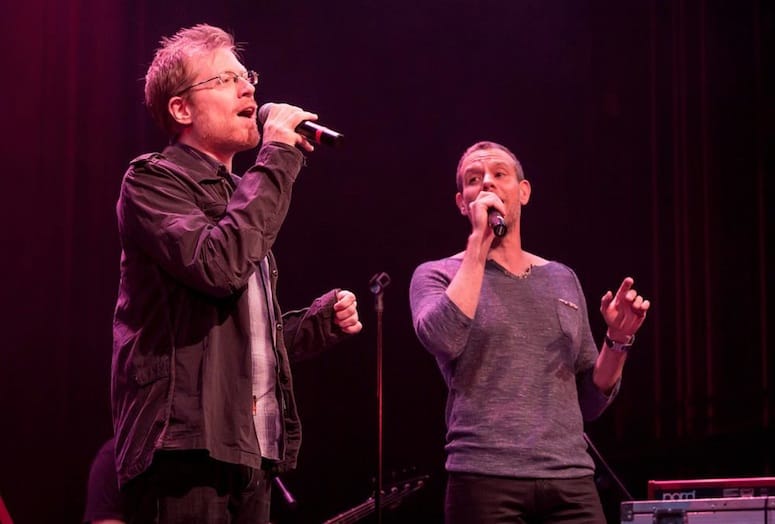 The success of the Broadway smash hit Rent gave Adam Pascal a false sense of security.

“I mistakenly assumed that anything else I participated in would be received with the same adoration and success,” says Pascal, who played the rock singer Roger Davis in the original Jonathan Larson play and also in the movie. “It took a long time for me to realize that's not how life works.”

“Rent” gave Pascal a set of expectations that, over time, he has learned to put into perspective.

“In many ways it set me up for failure, as nothing could ever have lived up to that level of success,” Pascal says. “I am now able to compartmentalize what happened with ‘Rent’ and not use it as an unfair barometer for the rest of my career.”

The singer and actor, who will perform March 20-21 at Copa Palm Springs, has gone on to land roles in famous musicals like Elton John and Tim Rice’s Aida, the revamped Cabaret, and Chicago.

Trying to break out of his Rent fame, Pascal has worked on various projects throughout the years. His latest CD is titled “Blinding Light”, and has two films out, Falling Star and American Primitive. He is currently working on a musical for Broadway, based on Queensryche’s concept album “Operation Mindcrimes”. Do you look back at your role in Rent as a life-defining moment?
"Absolutely! It launched my career with about as big a "bang" as possible. It introduced me to the world of musical theater and illuminated a path that I had not previously been on. I grew up playing in rock bands in NYC and never considered theater as a career."

Has that role in Rent typecast you at all, or do you feel it's opened up opportunities to show other sides of yourself on stage?
“It did typecast me and I still to this day, after starring in five other, very different Broadway musicals, have to prove myself to casting directors and theatrical directors as something other the "Broadway rock guy".