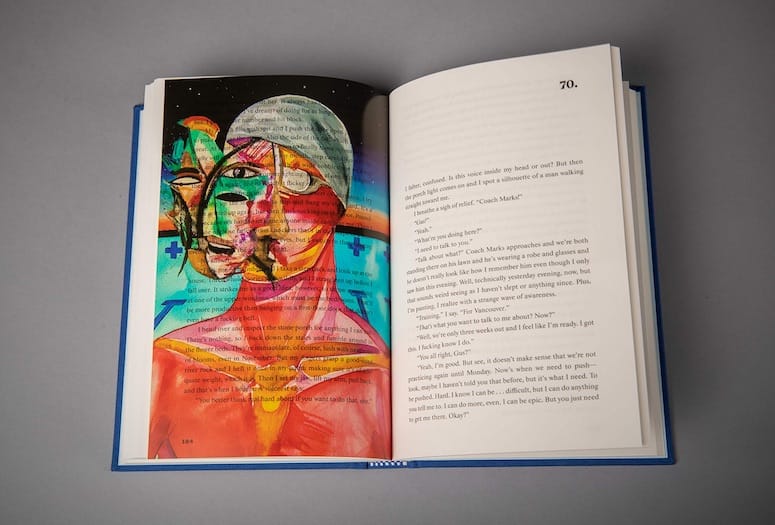 Adam Enrique Rodriguez isn’t really “a sports guy,” so the Indio artist known for his graphical, in-your-face murals wasn’t initially sure why Kobe Bryant’s team was drafting him to create an illustration for one of the basketball superstar’s novels. Of course, Rodriguez still knows that if Black Mamba calls, you answer.

“They made it very clear that Kobe wanted me to do my own thing,” recalls Rodriguez, whose work is featured in the late NBA legend’s young adult fiction novel Geese Are Never Swans. “He didn’t want to put an idea in my mind. He wanted the artists to have creative license and base their work solely off what they read in the manuscript.”

Rodriguez was among five artists selected to create original art for the novel, out July 21, about a young swimmer who struggles to overcome personal torment as he works toward competing at the Olympics. (The other featured artists are Bedelgeuse, Deedee Cheriel, Augustine Kofie, and Najeebah Al-Ghadban​, who designed the cover.)

Bryant’s Granity Studios tapped ​Yosi Sergant​, a publicist and activist who managed the creation of President Barack Obama’s “Hope” poster, to select the artists for Geese Are Never Swans, which was written by psychologist Eva Clark and created by Bryant before he died in a helicopter crash in January 2020. The novel made a strong impression on Rodriguez.

“I feel like it’s a story that a lot of kids can relate to in their own way, whether it’s the family or mental health issues or the need to rise above it all,” says Rodriguez, who dropped out of Laguna College of Art and Design after one semester and made his mark as a street artist. 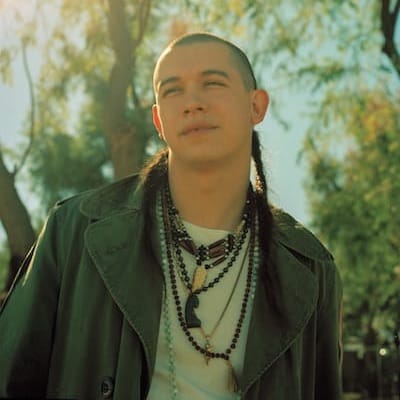 “I’ve dealt with that in my own reality. I felt tied to this character, this young swimmer who is mad at the world but still very empathic and sensitive.”

When he was originally commissioned to work on the book, Rodriguez was in the middle of working on a mural project in Australia. The less-than-ideal timing meant he had to scramble to come up with a compelling concept down under. The result is a portrait of Gus, the book’s protagonist, which captures his raw emotions during a twilight swim with a Picasso-esque assemblage of facial features, a signature flourish of Rodriguez. 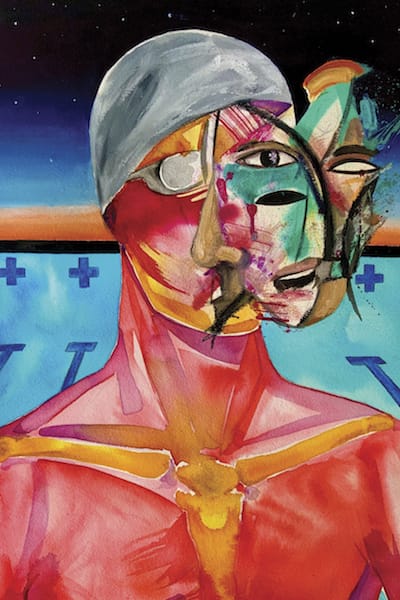 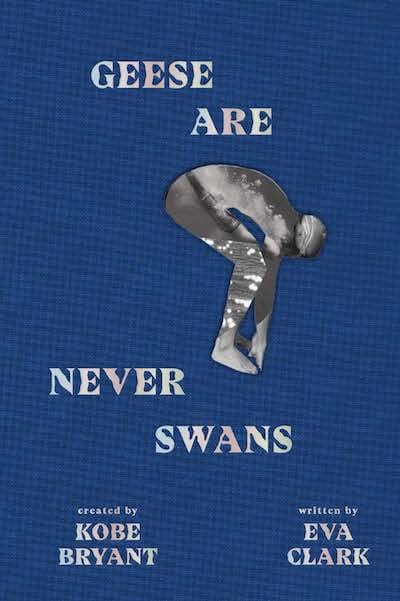 “I feel like it’s a story that a lot of kids can relate to in their own way, whether it’s the family or mental health issues or the need to rise above it all,” says Alex Enrique Rodriguez of creating this illustration for the Kobe Bryant book.

“As with most things in life, it all worked out,” he says. “I don’t know why I was tripping the whole time. I sent it over to them about a week before the deadline. They loved it and told me they needed to run it by KB to make sure he was into it.”

Bryant’s passing marked the beginning of a new chapter in Rodriguez’s work. “It brought me to a realization,” he says. “Our worlds collided for a particular purpose, which is activism and inspiring youth.” In recent months, social and political movements have overwhelmingly inspired Rodriguez to create bold works skewering racism, police brutality, and President Donald Trump.

“Without [Geese Are Never Swans], I would not have been able to make it through this pandemic,” Rodriguez says. “I’ve been living off of what I was paid by Kobe the past two months. It’s a constant reminder of how blessed I am to have ever been approached for this project. Every time I go to the grocery store, I’m like, ‘Kobe paid for these groceries!’

Rodriguez plans to continue exploring more weighty themes in his work — regardless of whether it financially benefits him. He recently gave away 100 pieces of his art to Instagram followers who sent him proof of supporting organizations working to fight police brutality and racism. Black Mamba would’ve been proud.

• READ NEXT: Adam Enrique Rodriguez is Among 6 Up-and Coming Artists in the Desert.