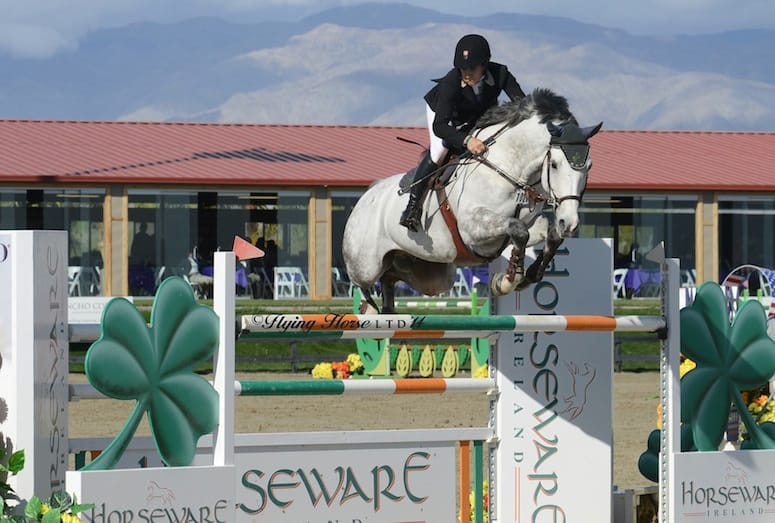 Riders will vie for $1 million March 16 at AIG Grand Prix at the HITS Desert Horse Park in Thermal.
Photo Courtsey of HITS on Facebook

Equestrian sports entail unbridled trust between the animal and the rider, especially when jumping and speed add an element of danger into the mix.

“It’s a beautiful sport that is worth coming to watch,” says international professional horse jumper, Enrique Gonzales. “The big difference that makes jumping unique and interesting, is that you are working together with another life.”

Gonzalez knows a thing or two about the special bond between man and horse required to compete at such an elite level successfully.

“When I first got involved, I liked the relationship with the animals and it became a passion for me and I knew…this is what I wanted to do,” says Gonzalez, an accomplished equestrian for more than 30 years.

Chomping at the Bit

Gonzales has had a phenomenal season out at the 2014 HITS Thermal Desert Circuit with his horse, Quilebo du Tillard. Together, they will vie for the AIG  $1 million Grand Prix March 16 at the HITS Desert Horse Park in Thermal.

Gonzalez has trained with this particular horse since he was young.

“He is a special horse who has character and he interacts in a very particular manner regarding other horses,” Gonzalez says. “We know each other very well and have created a very nice bond.  I think over my 30 years, I’ve ridden and shown many horses and have great memories of those horses.  But this one is a very special part of my life.”

The HITS (Horse Shows in the Sun) circuit is the West Coast premier equestrian hunter/jumper competition in which world-class riders vie to place in their division class or dominate in one of two grand prix qualifiers for the FEI World Cup Finals. This stylish horse show is one of the largest in the country and is family-friendly with exhibits, merchandise and food service on-site.

Gonzales is excited to take the course and says, “Having an event of this caliber here in Thermal is a great opportunity to come out and cheer us on.  It’s a really special sport.”

Speculating on his and Quilebo’s chances: