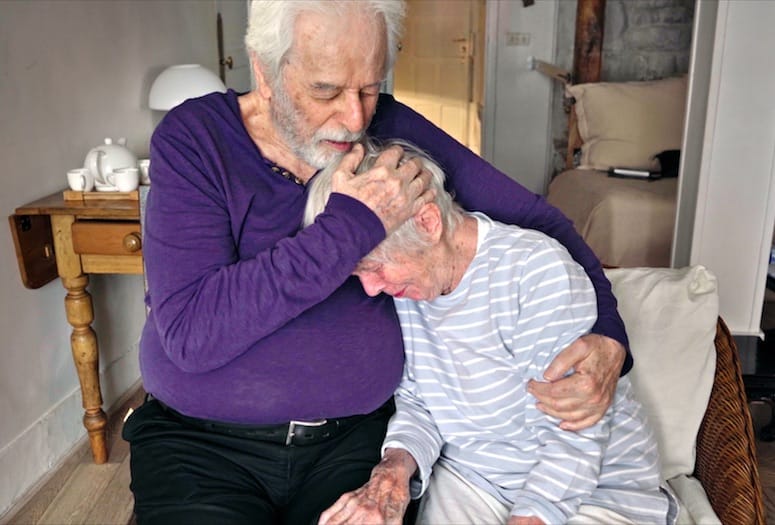 When it became apparent that trying to show a trio of Alejandro Jodorowsky films in a theater was not going to happen after the coronavirus pandemic hit, Logan Crow immediately pictured the best outdoor setting for the screening.

“I can’t think of a better place to do it than Joshua Tree,” says Crow, executive director of Frida Cinema, an art cinema in Santa Ana that has been screening films since 2014. “It’s just an incredible landscape, desert landscape. A lot of folks gravitate toward it because it’s kind of a very mystical place and the films themselves are very, very, very heavy on mysticism and symbolism.”

The perfect match can be seen this weekend with a double-feature of films on both Aug. 21and 22 at the Joshua Tree Lake RV & Campground. Screening at 8 p.m. Aug. 21 will be Psychomagic, A Healing Art, a new documentary by Jodorowsky, who turned 91 in February. The 2019 film explores the director’s theory of trauma therapy, and he works with people who are suffering and anxious to find answers through performance art therapy.

The second film that night is El Topo, which marks its 50th anniversary. Described as an acidic Western shot in the Mexican desert, among its attendees at its debut in New York were John Lennon and Yoko Ono, who reportedly came away impressed enough that Lennon went to Allen Klein, president of The Beatles’ company, Apple Corps, to distribute the film in the U.S. Klein then gave Jodorowsky $1 million for his next project, which became The Holy Mountain, the lead film for Saturday’s double feature followed by a second showing of Psychomagic, A Healing Art. 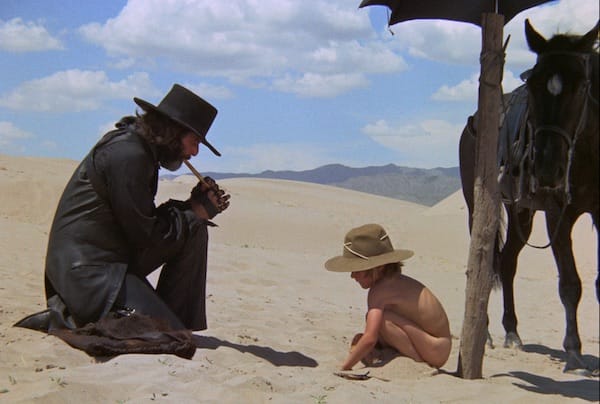 El Topo was so controversial when it first screened in 1970 that after The New York Times panned it, the film’s supporters created such a fuss that for the first time in the newspaper’s history a counter review was published.

The Joshua Tree Lake RV & Campground is normally the home of the Joshua Tree Music Festival, which had to cancel its October edition due to the pandemic. The wheels were set in motion after a contact from Frida Cinema reached out to JTMF founder Barnett English with the idea. Crow said Frida Cinema’s new 40-foot screen will make its debut, and up to 150 cars will be allowed in each night. The films can be heard through your radio, have subtitles, and run about 2 hours each. There will be no concessions, but there are restrooms, and masks are required outside of your vehicle. If you choose to come both nights and don’t wish to see the documentary a second time, you can leave after the first screening.

“I think that for those who either appreciate the films or who’ve heard of them and are going to experience for the first time, I really think the landscape will lend itself to the overall experience in watching these films,” Crow says.

Crow sheds more light on the controversial director and his films with Palm Springs Life.

What can you tell us about Jodorowsky and his newest film of the three, Psychomagic, A Healing Art?

He is an artist, he’s a filmmaker, a graphic designer. He’s done graphic novels, he’s a teacher, he’s a mystic, but he also practices this healing art that I guess he’s been doing for years and years. He’s 91 now, and he’s still making films. He’s just released, I think, three films in the last, maybe 10 years. He has been doing this sort of lending symbolism to spiritual healing. And yeah, there was an interest from a production company to say, “Look, have you ever documented this process?” And so the new film is a documentary about his process, which he calls Psychomagic. So blending magic, creative thought, and artistic thought to the healing process, using symbols, using symbolic movement, things like that as a form of spiritual healing.

Why do you think it’s important to show films like this, like Jodorowsky’s, and why people should experience them?

I think because it’s an art, it’s a work of art. I often say that a movie theater, an art house theater that is repertory and that programs sort of with a focus on diversity, with a focus on classics is very much like a museum in the sense that a museum will curate art and it’ll hang art on the walls for people to look at. And I always say, wehang art on our walls as well. Our art just moves and makes sounds for a couple of hours. And then we take it down and hang up another work of art.

I really feel that way. There’s a feeling of being surrounded by a community of people who are responding and getting the same joy, or what have you, out of the experience. I think when I was maybe 17 or 18, I read an article about a place in Chicago that put on a screening of Taxi Driver at an old Taxi Depot and I was so inspired by that. That’s brilliant, I love that. And then they do The Shining at the old hotel up there in Colorado sometimes. Things like that. I love that idea of just immersive. So we always look for opportunities to provide that sort of immersive experience and I think that’s also what inspired this. It was like, “Gosh, the idea of doing Jodorowsky classics in the middle of the desert… We got to make this happen.”

What would you think that Jodorowsky hopes people take away from his films? Is there like an overarching message that kind of connects all three of them?

Jodorowsky is someone with ideas and images that are then captured on film, but they don’t feel disjointed. There’s a lot of symbolic sort of play about class that you see in his films that I think can directly sort of communicate a little bit of satirical context about his views on class. 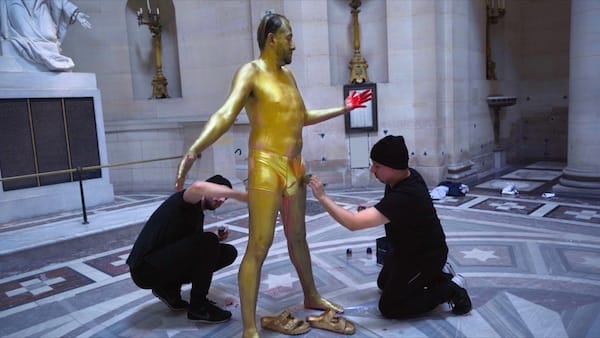 A scene from Psychomagic, A Healing Art.

What category of filmmakers do you put Jodorowsky?

I often put three filmmakers in very similar categories, John Waters, David Lynch, and Alejandro Jodorowsky, but they’re all very, very different. John Waters is the first one to tell you he’s all about filth. Favorite word – filth, filth, filth. He likes to offend. I don’t think Jodorowsky wants to offend so much as he wants to just challenge and present. I don’t know how else to put it, like just present his ideas and present his feelings about what he has studied, because he also studied a lot of mime and religion and he studied, like I said, a lot of spirituality. He worked at the circus as a kid, and it’s sort of a kaleidoscope of all of his experiences.I don’t think he’s out to offend. I think he’s just out to put his brain on display.

To purchase tickets and for more information on the films and Frida Cinema, visit thefridacinema.org.