Alex Wolff is wearing a Strong Suit with COS T-Shirt.
PHOTOGRAPHS BY AARON FEAVER

If it wasn’t apparent when Alex Wolff started playing with cacti — completely unprovoked — with his bare hands, it was abundantly clear once he began ripping off his clothes and heading for the nearest shower that this wasn’t a typical celebrity photo shoot. “Man, that was really cathartic,” the Jumanji and Hereditary actor exclaims while peeling off the layers of a navy blue Strong Suit on the impeccably maintained grounds of The Lautner Compound, where he jumped in (and out and in of) the pool for the final shot of the day.

Wolff, who turns 22 this month, is one of those gregarious life-of-the-party, down-for-whatever firecrackers. Despite his silly demeanor, Wolff’s got serious acting chops. For the past three years, the New York-born actor has channeled his energy into a string of emotionally charged roles, garnering the attention of Hollywood and beyond with subtle gravitas. He notably portrayed the younger Boston Marathon bomber in 2016’s Patriots Day, Jeffrey Dahmer’s bestie in 2017’s My Friend Dahmer, and the eldest son of the world’s freakiest family in 2018’s Hereditary. Oh, and he’s also the teen trapped in the digitized body of Dwayne “The Rock” Johnson in the Jumanji reboot. He returns for next month’s follow-up Jumanji: The Next Level.

However, it’s the recently released coming-of-age tale The Cat and the Moon for which Wolff has the most passion. That’s because it marks his first time writing and directing. The film, which he started working on when he was 15, follows a high schooler who moves in with a family friend in New York City after his mother is sent to rehab. He begins experimenting with drugs, sex, violence — you name it. For Wolff, authenticity was paramount during filming, whether that meant pushing his young costars to act unstable or permanently inking his slender frame with his character’s tattoos.

“It’s sort of autobiographical,” the former Nickelodeon star says as he slinks down into a Danish high-back chair inside The Lautner Compound’s Ranch House. “When I was about 15, it was a wild time in my life. I wasn’t working. I was going to all these parties in New York. It was this in-between period where I’d been a star as a kid and then everything stalled for a few years.”

For 42 episodes and a movie, Wolff and his brother Natt starred as a hyper-real version of themselves in The Naked Brothers Band. Their mother — veteran thirthsomething actress, producer, writer, and director Polly Draper — created the show. (Wolff’s father is jazz pianist Michael Wolff.) During production on The Cat and the Moon, she was a source of support, but it was also important that Wolff maintained his independence as he told a story of adolescent rebellion. “My mom helped me so much,” he says. “I was showing her dailies or whatever. But she actually only came on set one day. That was a rule: My parents weren’t going to come on set. I didn’t want to feel nervous about what they were thinking.”

• PHOTO GALLERY: Look at Our Behind-The-Scenes Outtakes From the Fashion Shoot. 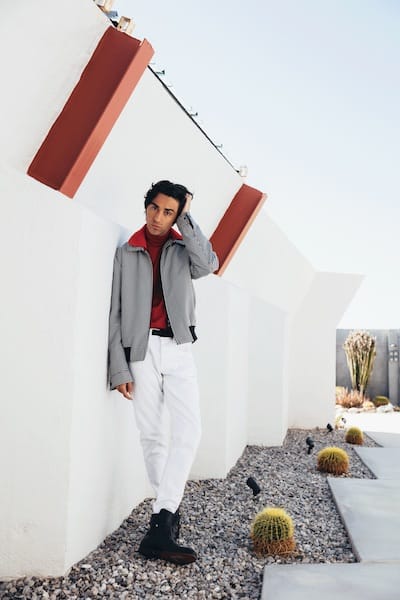 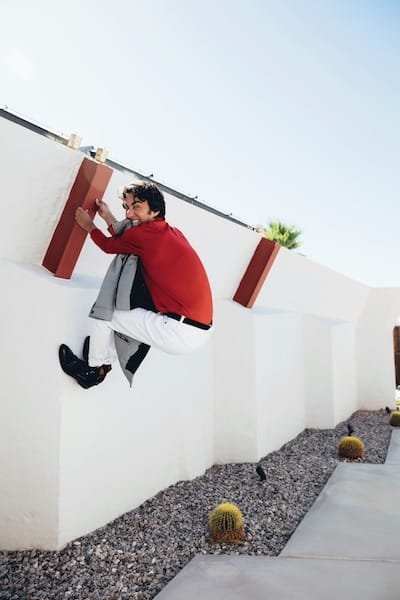 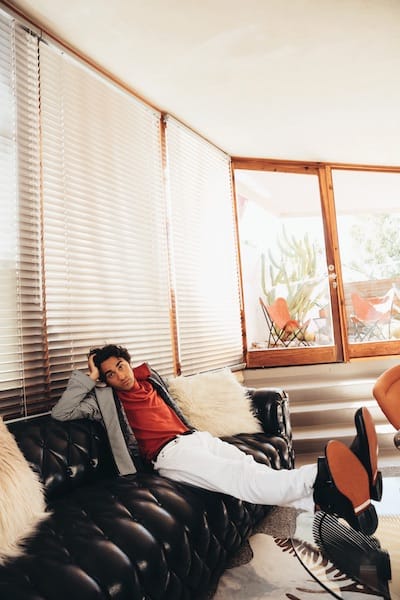 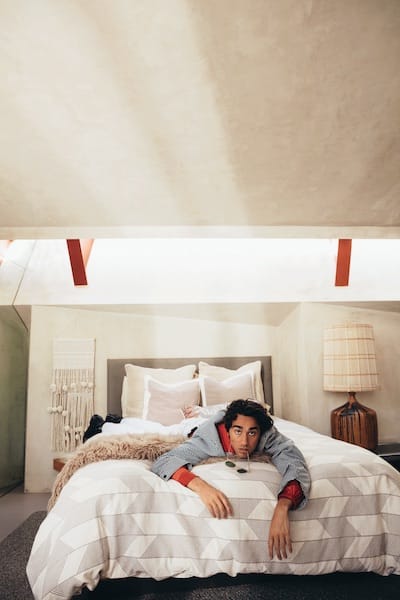 After spending a day with Wolff bouncing around The Lautner Compound, it’s difficult to imagine him adulting, let alone serving as the director of a major motion picture — not for lack of talent or creativity but because he’s so gosh darn goofy. This is a guy who will spontaneously jump on a bed, spit Frank Ocean lyrics, and recreate the final scene from The Graduate when positioned next to a pane of glass. (“Elaine! Elaine! Elaine!” he kept shouting until someone — anyone! — acknowledged his Benjamin Braddock homage during the shoot.)

With his outlandish antics and child-actor history, Wolff could quickly be written off as just another Hollywood brat. Then, he’ll spend 15 minutes explaining his obsession with the Beatles or why Ingmar Bergman films make him weep. (He attributes his unexpectedly vintage interests to his “old-ass parents.”) It’s in such moments where Wolff’s depths are revealed. “Cries and Whispers is the first real horror movie,” he says of Bergman’s 1972 film about sisters struggling with a terminal illness. “It’s probably the scariest movie ever made. I haven’t been able to stop talking about it. I’ve seen it three times in the past month.” 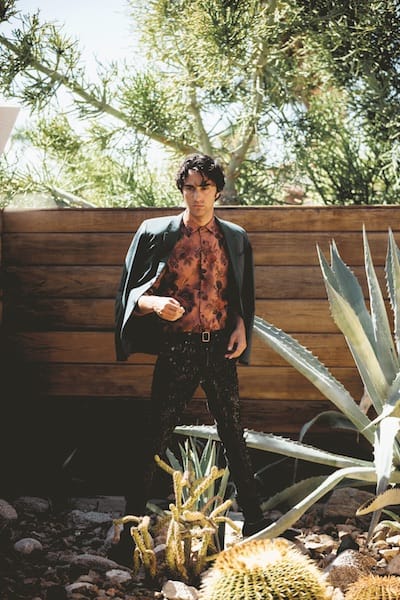 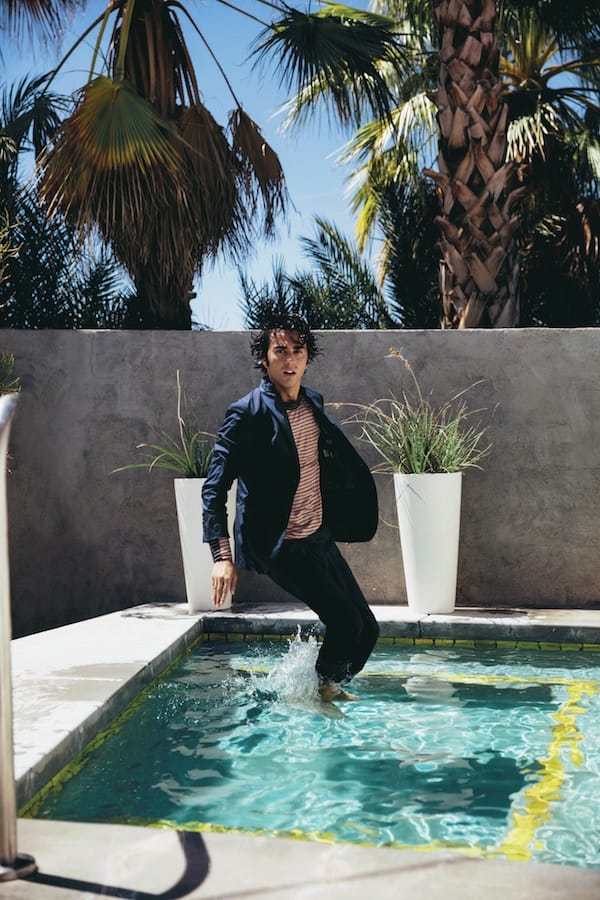 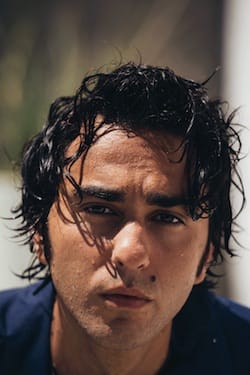 WOLFF IS STILL FEELING a little raw after playing an opioid addict for the upcoming film Castle in the Ground, which recently premiered at the Toronto Film Festival (alongside another pair of films featuring Wolff: the family drama Human Capital and the white-collar-crime noir Bad Education, which was acquired by HBO for a record $17.5 million). He quickly shed 20 pounds for Castle in the Ground and suffered liver trouble as a result. “I’m always concerned about talking about the weight loss because anorexia and eating disorders are really prevalent in modern society,” he says. “I think a lot of actors like to brag about losing weight, as if that makes the performance good. I think you could lose a bunch of weight and be terrible or lose a bunch of weight and be authentic. It depends.”

After filming, Wolff ventured with his brother to Italy, where Cat and the Moon was honored at the Ischia Film Festival. He devoured pasta, gained back weight, and started feeling like himself again. Wolff spent most of 2019 bouncing back and forth between Los Angeles and his “piece of shit” apartment in New York’s East Village. A few weeks ago, he escaped to Palm Springs for the first time with his girlfriend. They stayed at Arrive, chilled at the pool, rode bikes through downtown, and feasted on sushi and whiskey at Sandfish. “Palm Springs is such a magical place,” he says. “I feel like I’ve only scratched the surface.” 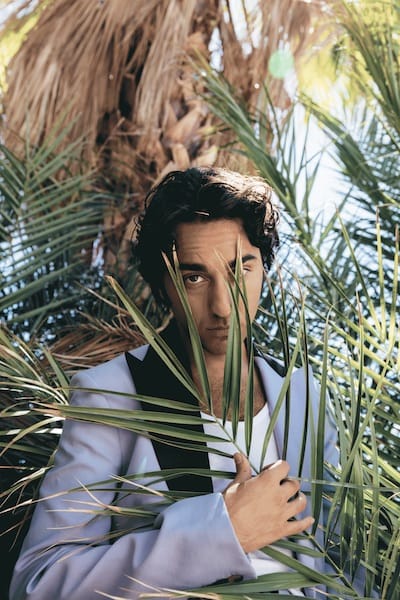 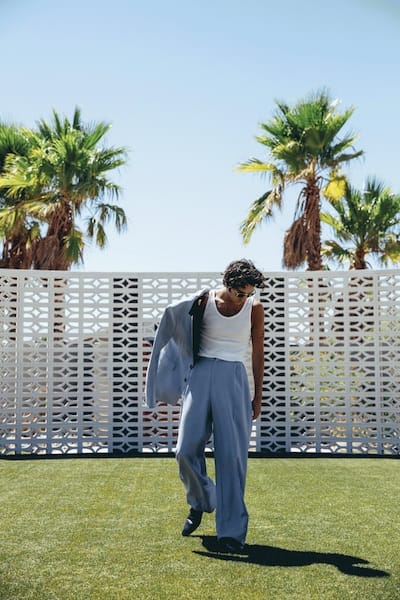 Wolff’s sojourns are over ... for now. Besides working on the second film he’ll write and direct — a horror akin to Rosemary’s Baby, he promises — Wolff is throwing himself into production on the truffle-hunting escapade Pig with Nicholas Cage. (“Probably my favorite actor ever,” Wolff says.) He’s been voraciously reading and watching documentaries about the shadowy world of truffles. He’s even considered taking a trip to Oregon simply to wrap his lips around some black Perigold truffles.

“My dad always says, ‘There’s always a creative inhale and a creative exhale,’” Wolff explains. “I’ve done a bunch of movies where I was exhaling all over the place, and then it was nice to have an inhale — reading a lot of books, watching a lot of movies, not working as much. Now, I’m ready to exhale again.” 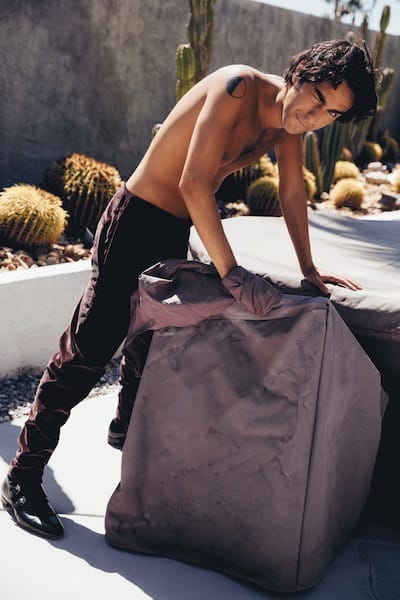 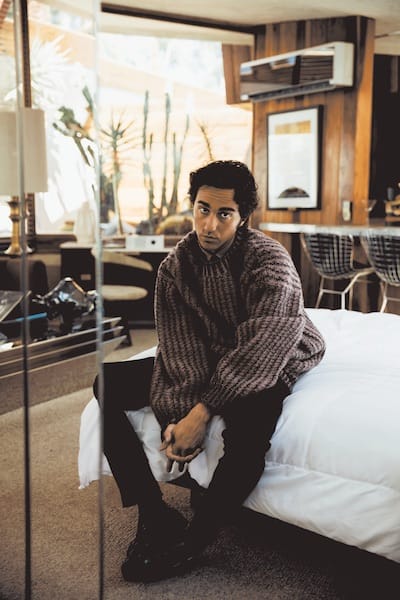 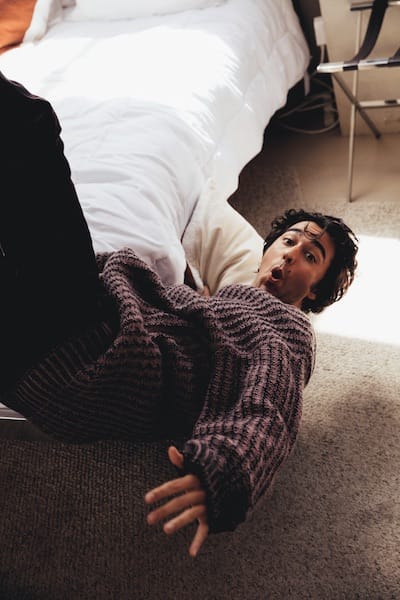