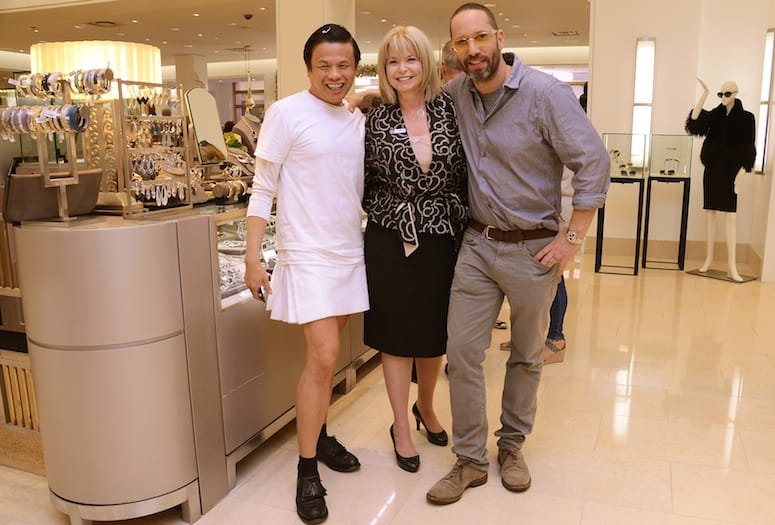 The famed designer made a personal appearance and trunk show stop on Nov. 14 at tony retailer Saks Fifth Avenue in Palm Desert to showcase his luxurious, yet affordable haute couture baubles. The champagne reception offered fortunate customers the opportunity to learn about Bittar’s creations and meet the designer.

“To me, the definition of ‘fashion fine’ is to infuse fashion, the pulse of the streets and fine jewelry,” he says. “I had an idea of a 1950s lady meeting a 1990s grunge chick, and what that woman would look like…feminine and urban. My collection is meant-to-be worn layered with everyday jewelry to be enjoyed, but still to be coveted for the future.” This sterling "Star Burst" ring is one of Alexis Bittar's favorites.

Even if you are not familiar with Bittar’s work, you’ve certainly seen it on runways, in magazines, on television and photographed on some of the world’s most influential celebrities, socialites, and newsmakers, including:

Described as “one of the most innovative jewelry designers of the 21st century,” Bittar has collaborated with style icons such as Karl Lagerfeld, Burberry, Jason Wu, and Michael Kors, as well as costume designer Patricia Field of HBO’s Sex and the City notoriety.

“I believe timelessness is an important tenant of my designs, while still bringing a sophisticated aesthetic but with an edge,” Bittar says.