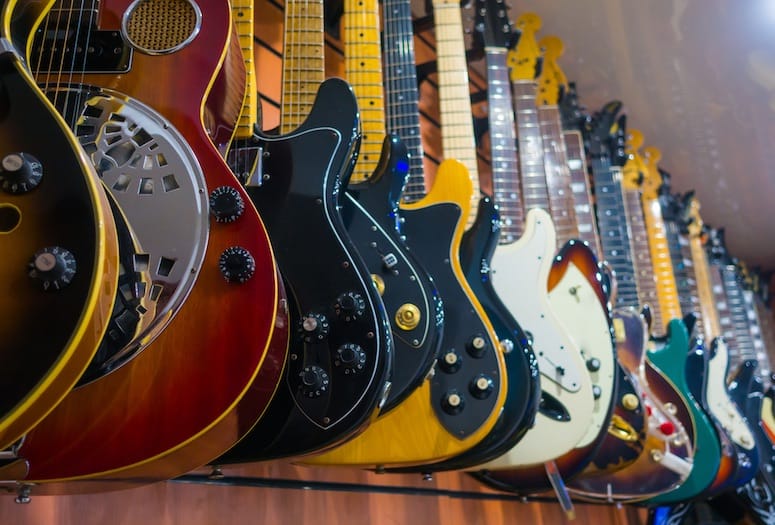 But what he did know was Harris’ guitar store in Tarzana, California, Norman’s Rare Guitars, housed one of the world’s leading guitar collections. And that the best guitar players across all musical genres have gravitated to the store since its opening in 1975 to not only purchase one but also to check out Harris’ vintage guitars.

Rivett, a part-time Palm Desert resident who has spent much of his career as a film composer and musician in his native Australia, saw a chance to elevate his own fledgling web-based All Guitar Network by tapping into this audience for interviews and more. But first, he had to meet Harris. 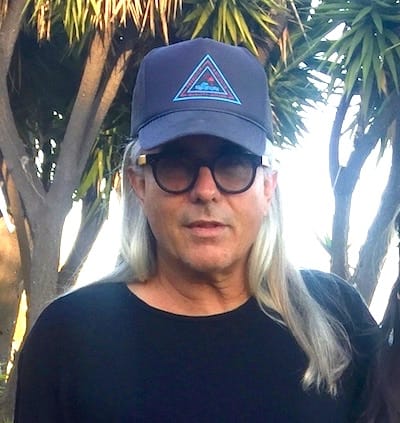 “I basically walked in there and said, ‘Hey, my name’s Mark. I’ve got this idea.’ He said, ‘Hi, my name’s Norm. Let’s do it.’ Yeah, it surprised me,” Rivett recalls, “but when you know Norm, it’s not surprising for him to do that. It was just a perfect north and south pole of a magnet, really. He had the contacts, the content, and the history with guitar players, and the gravitas in the industry, and the longevity in the industry. And I had the technology, the idea, the camera, and no content. So it was just a matter of pointing the camera at people.”

Initially Rivett would shoot interviews for All Guitar Network in the back of Harris’ store and edit the file on his laptop. Eventually, Rivett took over a space next to Harris’ store and converted it into a studio with lights to create more professional videos. “Everyone that’s anyone comes through that store, virtually on a daily basis,” says Rivett, who has been able to interview Tim Pierce, Slash, John 5, Joe Bonamassa, Dweezil Zappa, and Larry Carlton.

While the coronavirus has put a halt to shooting live videos, Zoom has taken its place along with the emergence of a new feature on All Guitar Network, Fab’s Music Café featuring bass player Fabrizio Grossi, who conducts online interviews with working musicians who right now are sitting at home instead of playing a gig.

Rivett speaks with Palm Springs Life about why he took on this endeavor, All Guitar Network and its intent, and why he came to the valley.

What made you start All Guitar Network in 2017?

I had a friend that was in OTT Television (streaming service), watching OTT television channels. I just thought, ‘There’s no guitar channel. There’s nothing. There’s a golf channel and a tennis channel and all sorts of specific, very… what’s the word? … passion-driven channels, and why not guitar?’ I always figured it was going to be a lot of work, but I didn’t realize quite how big a monster I was creating.

You were a successful composer, musician, music arranger. Why make a change?

I only got out of it because I was just getting to the point where … Well, I didn’t want to be the silly old gray-haired guy in the room talking about The Beatles or something. Also, you tend to work with your peer group. You tend to work with the people that went to film school…The director works with this composer and this editor and… You know what I mean? There’s a demographic that moves through, and my demographic was likely moving through. I think I was just done with it. I just wanted to see what else was out there. I’m really excited by this. I sit and work on this virtually seven days a week. And the great thing about it is you can do it anywhere. It’s just a laptop.

“It goes much broader than just saying, ‘I need to get a job in a good band playing guitar, and if that doesn’t work, I’ll be the bass player.’ There’s so many more opportunities out there now. What we’re trying to do is more or less show you that.”

Your background in music and audio, how has that helped you with All Guitar Network?

It certainly helped, because I’ve seen good visual content and worked on good visual content as a composer, so I knew what we needed to achieve. We wanted to make this look good and everything filmed as professionally as you possibly could, given the time constraints, money constraints, and just all the constraints. It’s all a very much fly by the seat of your pants situation. We’ve got a couple of good cameras and some equipment and Final Cut on a couple of laptops, and we have a nice little studio, not that we’re using it at the moment.

What has been the biggest challenges you have had with All Guitar Network?

I’ve been a composer and a musician all my life. I’ve been an audio person. Suddenly I’m dealing in the visual side of it and that was a real learning curve. But now we have thousands of pieces of content that we’ve created, that we own. I know that that sounds bad, but like we say, we didn’t have it to start off with, so we had to create it. So I’d say 85 percent of what’s on the channel is stuff that we’ve shot and created. And then also what’s happened since then, we’ve had some amazing people support us and contribute content. It’s just been a great journey, with some great guitar players.

Why are you focusing on the guitar player?

Music used to be just based around guitar, and now these days it isn’t. A lot of stuff is programmed and sequenced in samples. So the guitar’s not a prominent instrument anymore. And still, when you mention guitar to a lot of people, maybe it begins with Django Reinhardt and ends with Jimi Hendrix or Eric Clapton. If you say, ‘Name a really famous guitar player under 40…’ well, actually, ‘Name a really famous guitar player under 70,’ most people would struggle. You know what I mean?

What brought you to the desert?

We’ve been out here a few times. We’ve always liked it out here and liked the desert, but really the inspiration was, my wife is more or less in the design world and just fell in love with Marrakesh Country Club. Specifically, it was an article in, I think, New York Times magazine or the New Yorker. We came down to have a look and that was it. We’d just lost our home, actually, in the Malibu fires, so we were semi homeless, if that makes sense. That fire happened in November of 2018, so it was about February 2019 that we bought this place. It just seemed a great place to land, and we now no longer have a footprint in LA at all.