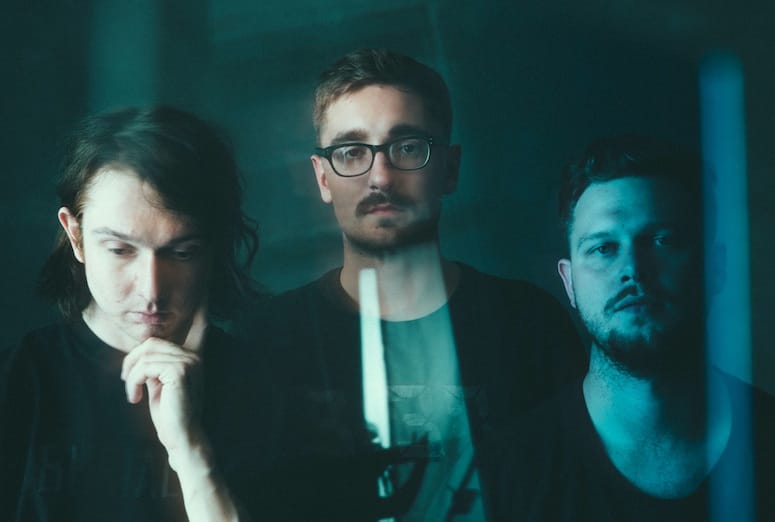 How does a three-piece indie British electronic act get to headline Madison Square Garden in New York?

Even alt-J isn’t quite sure how it happened. "It’s bizarre for us," admits keyboardist Gus Unger-Hamilton about the trio’s big gig at MSG in the heart of Manhattan at the end of March. "We’re completely floored we got to play there, but we’re also looking forward to whatever’s next in our future."

One thing in alt-J’s fairly immediate future is playing Coachella for the second time in three years, something the 2012 Mercury Music Prize winners (for their stunning, headphones-recommended debut, An Awesome Wave) are very much anticipating. alt-J takes the Coachella main stage at 7:30 p.m. April 18.

"We had an amazing time there, and can’t wait to play it again," Unger-Hamilton reports. Culled from an interview originally conducted for Digital Trends, Unger-Hamilton told me what to expect from the band’s festival set and what being in California means to the trio, plus he describes "proper" Coachella attire. alt-J's Gus Unger-Hamilton on dressing for Coachella: "You have to have a capsule wardrobe and different looks for every day."

Are you excited to be returning to the Coachella stage this year?
"Oh yeah. It’s one of the few festivals outside the U.K. that British people have heard of, and that’s a big deal. You hear about it growing up if you’re into music. We played there two years ago in 2013, and had an incredible, unforgettable time — two weekends of unadulterated fun, really, and we can’t wait to go back. To be on the main stage is going to be fantastic."

Anybody you’re looking forward to seeing play while you’re there?
"I haven’t had a good look at the lineup, but I think Jack White is playing after us, so that’s cool. It’s a pretty good slot for us."

That’s a great slot, absolutely. What should we expect from an alt-J live set these days? You often move between playing festivals, clubs, and bigger, headlining shows.
"True. We have a 20-minute setlist, a 30-minute setlist, a 45, a 55, a 60, and then a 75. We pretty much know what gets cut first and what gets cut last. If it’s an hour, we can play most of what we want to play."

I think it’s fair to say that alt-J music is pretty complex. Do you find you have to change things up once you bring recorded material to the stage?
"We never change our songs once we start playing them live, no. Once they’re recorded, they’re locked in."

You guys don’t make any concessions when it comes to the recording process, do you? A song like Bloodflood pt. II [from 2014’s This Is All Yours] has so many layers to it.
"Yeah, exactly right. We’ve never allowed ourselves to compromise what we do when recording — certainly not out of the fear of how we’re going to reproduce it live. Putting everything we have into the recording is the most important thing that we do. The recording you make is the best possible showcase of the song you write. That’s the thing that will outlive you — well, hopefully it will. (chuckles) Even if our music isn’t listened to after we’re dead, it will still exist in its recorded form and will be archived somewhere for someone to find."

Did you have a vision of California before you ever got to experience it in person?
"Oh yeah. You grow up with a sort of idea of it from movies and TV, but nothing can quite prepare you for how incredibly clean it is and how beautiful everybody is. We’ve been in California quite a lot. It’s always a place we’re happy to go to. In-N-Out Burger is like my favorite food in the world. It’s one of the first things I do when I get there — I head right to In-N-Out Burger. California is exactly what it says on the tins — it’s sunny, has beautiful beaches and amazing scenery, and it makes you extremely happy to be there, really. What more do you want? It’s pretty good."

Did you take a trip out to the desert?
"We didn’t do that, but we spent a lot of time at the festival site. We came out three days before the festival and spent time, you know, just hanging out with other friends who were playing and watching music. It was just a lot of fun."

What were you expecting once you got to Coachella?
"I think I was expecting just another festival, but what I wound up getting was a very unique festival. And there were a lot of celebrities there! It’s something else, really, altogether. We’d played so many festivals up to that point that I wasn’t even thinking about it being “Coachella” — it’s just totally unique, really. It’s hard to explain why it is. I wasn’t expecting it to be such an event."

The word kind of defines what it is — Coachella encapsulates a certain vibe unto itself.
"Yes. At festivals in the U.K., it’s completely acceptable to go around wearing Wellington boots and an anarak and look like total shit, with a can of cider in your hands."

It’s Woodstock meets Birkenstock! Well, not exactly.
"That’ll work, off the cuff. (both laugh) Everybody does it, so it doesn’t matter. But at Coachella, it’s the opposite of that. You have to have a capsule wardrobe and different looks for every day. We'd play Coachella every year if we could."