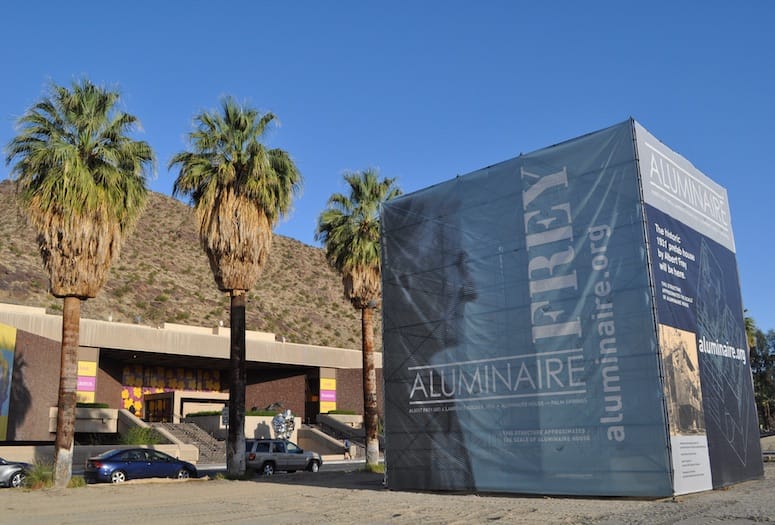 The Aluminaire House will be part of the new downtown park in Palm Springs by 2020.

Michael Schwarting and Frances Campani searched for a home for five years.

That’s how long the two architects and New York Institute of Technology professors tried to find a suitable permanent location for Albert Frey’s Aluminaire House, a show house he produced in 1931 with the Architectural League of New York for the annual Exposition of Architecture and Allied Arts in New York.

As passionate stewards of the Aluminaire House, Schwarting and Campani joined other Frey fans in the desert community to move it permanently to Palm Springs, where it will complete the arc of the architect’s work.

In 2014, Schwarting and Campani joined forces with community leaders including Tracy Conrad, Mark Davis, Brad Dunning, Beth Harris, and William Kopelk and created a California chapter of the nonprofit Aluminaire Foundation, whose sole purpose would be the preservation and permanent relocation of the structure to Palm Springs.

“This has been a dream collaborative effort,” says Davis. “We know that Aluminaire will enhance the growing industry of architectural tourism that has elevated Palm Springs to worldwide acclaim.” 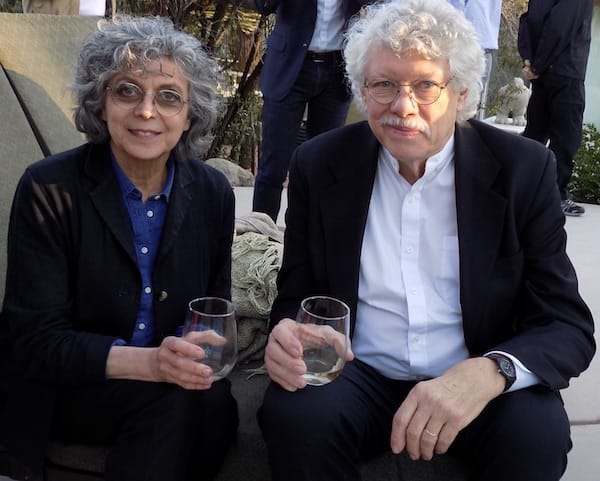 The house arrived in Palm Springs in February 2017 as a highlight of Modernism Week, and plans are for it to be permanently installed in 2020 at the new city park space across the street from the Palm Springs Art Museum. “When it really happens, we’ll be very happy,” says Schwarting.

It has been a long journey already. Since it debuted at the Exposition in 1931, the Aluminaire House has bounced around from one location to another. Schwarting and Campani have been advocates of the structure since 1988, when it was installed at the campus of the New York Institute of Technology. It remained there for 12 years, but when the campus was closed, the house was dismantled and placed in a shipping container in New York, where it languished for years.

Designed by Frey and A. Lawrence Kocher, managing editor of Architectural Record, the house was an experiment to explore the use of new industrial materials in the creation of low-cost housing. More than 100,000 people toured it while on display for a week at the Expo as “The Aluminaire House: A House for Contemporary Life.” As the name implies, the Aluminaire House is clad in aluminum; it is a tiny structure, the width of two parking spaces but with three stories. 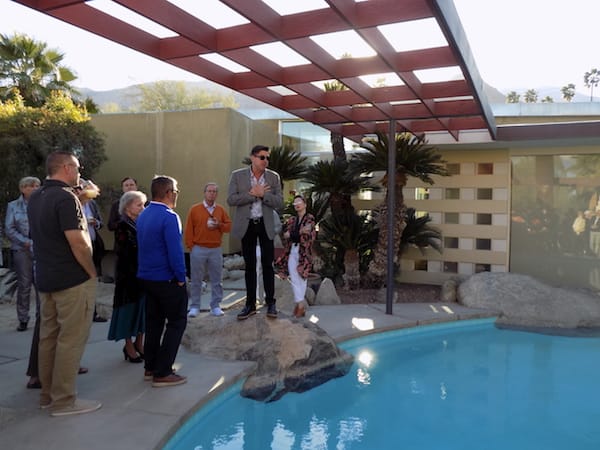 Mark Davis, one of the foremost advocates of Albert Frey's Aluminaire House, gives guests at a Palm Springs fundraiser an update on the status of the structure.

The project has become something of a cause célèbre in architecture-mad Palm Springs. “We are thrilled that the community has been so enthusiastic,” says Campani. “There is symmetry to the idea of it being located in Palm Springs, and what is so great about it is that it’s a very public site.”

“It will probably get a lot more recognition in that space than any other location we could have thought of,” says Schwarting. “It was turned down by New York, so when it was suggested we bring it here, it seemed like a great idea.

“Albert’s notoriety has continued to grow substantially. This is, after all, about Albert Frey’s legacy.” 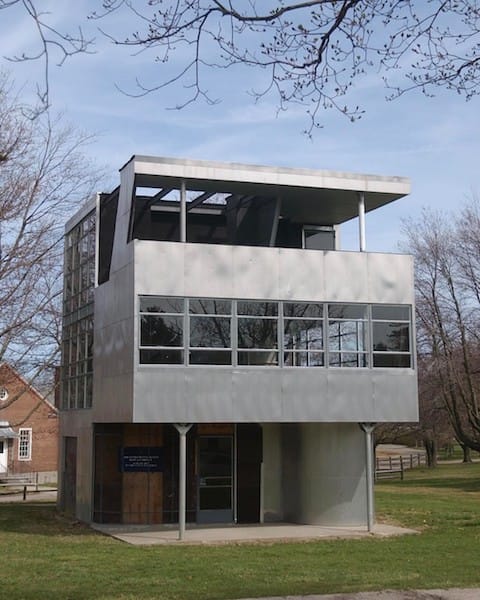