The documentary, Vote Neil, shows how Neil Rafferty became the first openly gay man to win a seat in the Alabama House of Representatives in 2018.
PHOTOGRAPH COURTESY VOTE NEIL FILM

With just about six weeks before the presidential election, the screening of Vote Neil at the American Documentary and Animation Film Festival starting Sept. 25 seems especially timely.

The filmmakers have put together an observational piece on Neil Rafferty, the first openly gay man to win a seat in the Alabama House of Representatives in 2018. Don’t let the election outcome spoil it. Even in 19 minutes the short film reveals painstakingly what it took to get there.

Vote Neil is among the films that Teddy Grouya, founder and festival director of AmDocs, has earmarked as must-see among more than 250 entries from 37 countries that are screening virtually due to the coronavirus pandemic. Originally scheduled for late March, AmDocs has taken advantage of its own streaming service, DocsNow+, to keep the festival from cancelling and still offer a broad spectrum of films for consumers to enjoy at home or on their portable device.

The best part is for just $2.99 or the cost of subscribing to DocsNow+, you’ll be able to view films for 10 days starting Sept. 25. The streaming service will also allow AmDocs to continue virtual programming after the festival with a library of films and special screenings.

“We wanted all the films to have an opportunity to be seen,” Grouya says. “but because we believe in the integrity of the festival, that means the $2.99 is like a $225 all access pass.”

Another film to put on your checklist is Seasons of Change on Henry’s Farm, which profiles an organic farmer in central Illinois who takes a sabbatical from the fields only to return to face the uncertainties of the job because of climate change.

The farming film fits under the film festival’s Food category. There are a variety of categories to peruse, ranging from History to LGBTQ to Family Fun and Adult.

PHOTOGRAPH COURTESY SEASONS OF CHANGE ON HENRY'S FARM
Seasons of Change on Henry’s Farm examines the impact of climate change on an organic farm for its owner in central Illinois.

The Family Fun section has films that kids can watch on their own or with their parents, Grouya says. “They're very entertaining with a little action, but they're more of the traditional Disney-esque stuff. Some are fun, and then others might be a little useful science things for kids.”

Like o28, an animated French effort that will precede the opening night film, Planet of the Humans. “It's about a family fun vacation,” Grouya says. “But it's so fast (it’s 5 minutes long) and fun, literally like a roller coaster, and that's how the festival's going to open.”

In the LGBTQ section, look for Herrings of the Heart. This Danish film could have also been placed in the Travel section as viewers will be fascinated looking at the film's location — a small island between the North and Baltic seas. The plot centers around herring (you probably knew that) and an older gay man taking on the fakes on Grindr, a gay dating app.

For women, click on A Woman in Motion. This is one of those documentaries that will leave you wondering why you had not heard about this story before. Nichelle Nichols, who played Lt. Uhura on the TV series, Star Trek, became a lightning force in the late 1970s for NASA’s Space Shuttle program especially in the recruitment of minorities and women. Who would have thought? 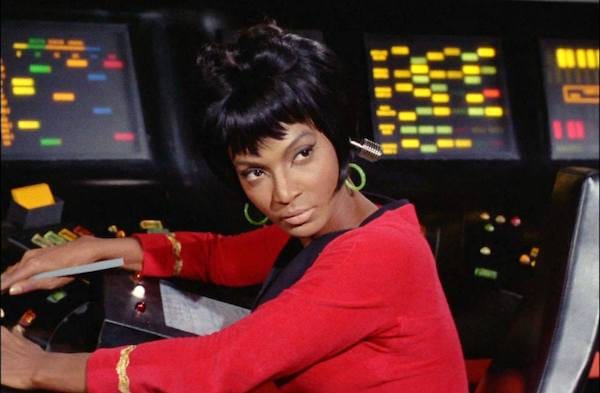 PHOTOGRAPH COURTESY WOMAN IN MOTION FILM
Nichelle Nichols may be better known for portraying Lt. Uhura on the TV series, Star Trek, rather than the significant influence she had on the U.S. space program.

In the same section, Khatmeh is one of several Iranian films that dots the festival’s lineup. This film focuses on a 14-year-old Afghan girl named Khatemeh who lives in Iran with her family and is forced to marry her late sister’s husband in hopes of finding a better life in Afghanistan. But just the opposite winds up to be true. Grouya says thanks to sponsorship by festival patron Stephen Follansbee, he has been able to cover the Iranian filmmakers' submission costs. Since 1979 when Iran took hostages at the American Embassy, the United States instituted financial sanctions that prevents the transfer of money between the two countries.

“Iran has a long history of filmmaking, but they cannot typically apply to a festival like ours because they can't transfer the submission fees,” Grouya says. “If I go to a festival, they can hand the film to me free. That's my policy. I'm not going to charge someone. But if they submit, we need to be fair to all the filmmakers, so I have to turn away a lot of them. Stephen was so open to this and now he loves it. He's subsidized a number of these films that we've actually been able to pick and be a part of the festival, and this is one of them. That we normally wouldn't have seen and the audience wouldn't have seen.”

There is even a film category on Photography, and some films do focus on the person behind the camera. This film, 48 Hours With Muhammad Ali, doesn’t. Back in 1974, photojournalist Peter Angelo Simon was given 48 hours of access to the boxing legend at his Pennsylvania retreat. He shot 33 rolls of film, and in the film provides insights and details of Ali as you look at photos that make their debut on film. Of local interest, desert celebrity photographer Michael Childers is in the film. 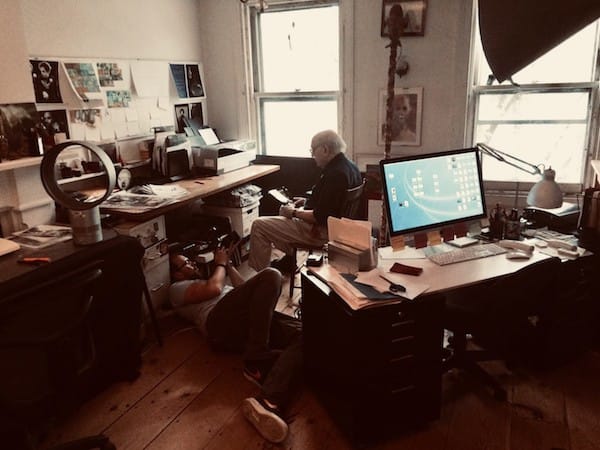 Back for the virtual edition of AmDocs is the Film Fund Pitch Competition, which will be conducted via Zoom and audience members can watch. Filmmakers submit proposals for financial assistance on either existing or new film projects.