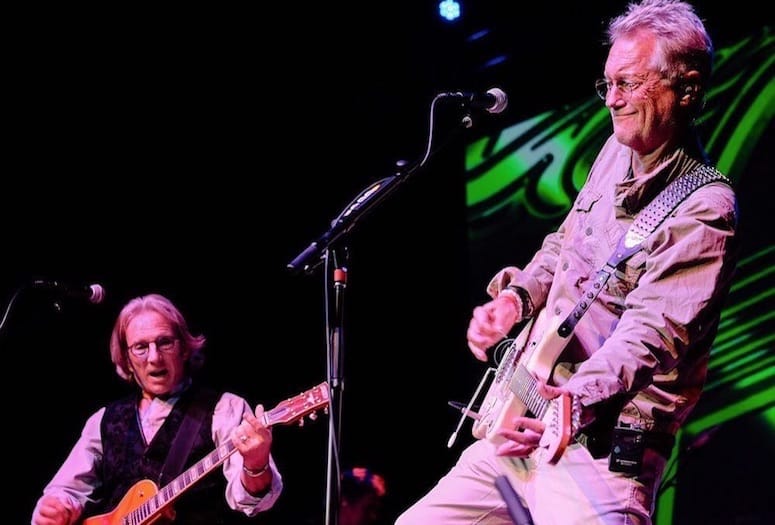 Founded in 1970 by singer-songwriters Gerry Beckley and Dewey Bunnell (along with the late Dan Peek), America is best known for its catalog of 1970s classic rock staples, including “A Horse With No Name,” “Ventura Highway,” “Sister Golden Hair,” “I Need You,” “Lonely People,” and “Tin Man.”

Before its show on May 11 at Fantasy Springs Resort Casino in Indio, Bunnell, 67, reflected on the group’s legacy in a recent interview.

America is associated with the California sound of the early 1970s, but the group has a myriad of influences. Can you talk about who those influences were, and tell us how your shared upbringing as the sons of Air Force personnel stationed in London shaped your sound?

Being part of a military family involved moving to several bases around the country and the world during my youth, which exposed me to different cultures and lifestyles. In the early ’60s we lived in California and I discovered the surf music of the day — Dick Dale, the Ventures, the Surfaris and ultimately, the Beach Boys. That’s when I first picked up a guitar and began to teach myself the surf music instrumentals. By 1964, the Beatles arrived and the British Invasion music became a huge influence — I formed a band in the eighth grade playing songs like “House of the Rising Sun.” Then in 1966 my father was assigned to a base in England, where I spent my sophomore year of high school and continued to strum my guitar, and then we ultimately moved to London where I met Gerry and Dan and we graduated from high school together in 1969. During that time we shared our musical influences and sought out the live music and records of the day in London, seeing most of the great bands live like the Who, Jimi Hendrix, the Rolling Stones. Led Zeppelin and Pink Floyd. We absorbed the British music scene while also getting the American releases at the base. Our influences ranged from the Beach Boys and Beatles to Simon and Garfunkel, the Byrds and Buffalo Springfield and more.

Take us back to 1971. You’re fresh out of high school and you’re making your first record for Warner Bros. What were your expectations at the time?

It was the era of singer-songwriters like Crosby, Stills & Nash, James Taylor and Joni Mitchell, and after high school we began writing our own songs. We spent a lot of time honing those early songs, working out the instrumentation and vocal harmonies. The idea that we might get a record deal became a reality and we were fortunate to meet Jeff Dexter and Ian Samuel, who exposed our music to some label executives and we ultimately were signed to Warner Bros., recording and co-producing our first album at the ages of 17, 18, and 19. It was fast moving, exciting times as we built a local following and our music began getting airplay on the BBC, and before we knew it we were on the charts and doing shows with Elton John, Cat Stevens, the Who, Traffic and touring in Europe… Ultimately an important U.S. club tour broke the album back home.

America’s debut album is now recognized as a folk-pop classic, but at the time it received a tepid reception from both fans and critics. It eventually shot to No. 1 when it re-released with the single, “A Horse With No Name". Tell us about the mystery behind that song’s lyrics and how it became associated with Neil Young.

Neil Young was certainly a big influence at the time and his first three solo albums made a major impact on me. He is an undeniably great songwriter. Nature has always been another interest in my life and I missed the times spent as a kid in different states hiking around the cornfields in Nebraska, the swamps in Mississippi ,and the deserts of the Southwest with my brother Chris. “Horse With No Name” was an attempt to recreate the sights and sounds of the desert in song on a rainy day in England. As it happened, we had finished the first album and the label asked if we had more tunes, so we offered up four songs between the three of us and that song was selected. It took off immediately upon its release on Nov. 12, 1971 in the U.K., which was in fact before “Heart of Gold” by Young was released. Who knew it would bump “Heart of Gold” out of the top position on the Billboard charts when it was released in the U.S. in January 1972!

How did Dan Peek leaving in 1977 affect the band? Aside from the logistical challenges it presented, what was the emotional fallout? Did you ever consider disbanding the group all together?

It was a rocky time for the band at that point. We had been together for seven years and had great success together. We had been pals in high school before that and it was sad to realize the trio would become a duo. There were no thoughts of disbanding or actually replacing Dan as such, but our longtime guitar tech, Michael Woods, took over Dan’s position as lead guitarist and we added two other players: Jimmie Calire on keyboards and saxophone, and Tom Walsh on percussion and vibes. It was a new sound for the live band at that time as we moved on. Meanwhile, Dan did very well with his solo career in contemporary Christian music and was nominated for a Grammy.

America returned the charts in a big way in 1982 with the album “View from the Ground,” which featured the hit “You Can Do Magic” by Russ Ballard, who also produced the track. Did you view it as a “comeback” and did it in some way validate your decision to carry on as a duo?

As with most bands with long careers we had our peaks and valleys, and new genres of music were appearing as we moved into the ’80s. Our style as singer-songwriters remained the same but we were not getting the traction we had in the ’70s with our newer songs. Changes needed to be made and the first thing we did was to change management. Jim Morey took over that role and had some great ideas, beginning with more international touring to take us out of the U.S. for a while. He also recommended we work with a great British writer named Russ Ballard, who wrote “You Can Do Magic” specifically for us and our vocal arrangement styles. It worked well and we had our first top 10 record in several years, and our visibility returned for the ’80s… I suppose that qualifies as a comeback!

Jumping ahead to the new millennium, tell us about how your association with indie rockers Fountains of Wayne resulted in the album “Here & Now” (2007). What were your favorite collaborations from those sessions?

That was another special project. Gerry had been in contact with Adam Schlesinger from Fountains and their discussions led to meetings and a plan to have Adam and his production partner, James Iha of Smashing Pumpkins, produce an album for us. It turned into a great learning experience for me after years of working in my own comfort zone. Singing a song like “Golden” written by Jim James of My Morning Jacket was a highlight. And we befriended Mark Rozzo of a band called Maplewood who wrote “Indian Summer”, which turned out great, in addition to Adam’s own song, “Work To Do.” So it was a new collaborative experience for sure.

“‘Horse With No Name’ was an attempt to recreate the sights and sounds of the desert in song on a rainy day in England.” 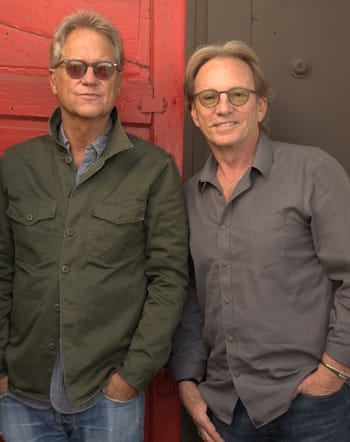 You and Gerry are now touring in celebration of America’s 50th anniversary. What is the group’s legacy and what can fans expect from your performance at Fantasy Springs Resort Casino?

Well, we started in 1970, so 2020 will mark 50 years doing what we do — hard to believe! At the same time that the music business began changing and recording lessened for us, our live show seems to have gotten stronger with the addition of two newer members in Ryland Steen on drums and Steve Fekete on lead guitar, keyboards and banjo, in addition to our longtime great bass player and high harmony singer Rich Campbell. We have incorporated video to enhance select songs, and Gerry and I have honed the set list down to a varied cross-section of the 50-year catalog of songs, which include all the hits of course and some more album cuts. It seems to keep our audiences coming and we’re happy with the show!