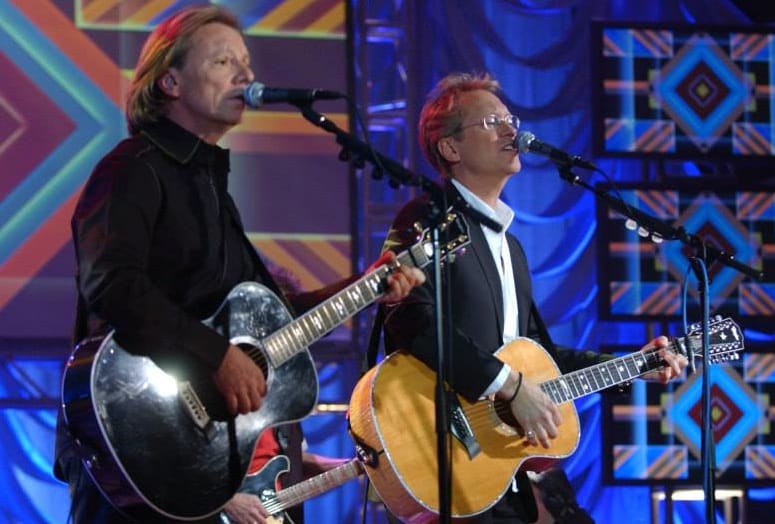 More than 40 years ago, high school friends Dewey Bunnell, Gerry Beckley and Dan Peek were in London trying to promote their music that none of them knew at the time would go on to influence future generations.

But they needed a name. “We were 17,18,19-year-old Americans pitching things around London and we had played a few pro shows. In this small musical community, we kind of became known as the American kids,” recalls Bunnell.

“Plus the band Chicago had released their first album and we thought this was an interesting name for a band,” he adds. “We thought, ‘We could be the country’.”

The folk rock band, America, was formed in London in 1970 and became a musical sensation.

While Peek went on to pursue a solo career in the late 1970’s, Bunnell and Buckley still continue to tour.

“We’re pretty much a working band playing 85 to 100 shows a year if we are lucky,” Bunnell says. “This is what we do for a living. We are a vintage, heritage, classic rock act.”

America continues its tour with a performance June 7 at Spotlight 29 Casino in Coachella.

Throughout their phenomenal career, Beckley and Bunnell have remained close friends. Their relationship “has a lot of breathing room,” Bunnell says.

“Since we’ve become friends, we’ve experienced things together. We’ve grown up together. As close as we are in the studio and on the road, growing old together, we are starkly different in many ways.”

“I live in Northern Wisconsin on a lake with my wife and he (Beckley) works in Los Angeles with other artists.” Bunnell adds. Bunnell is also a generous philanthropist, wildlife conservationist and when he’s not on the road, an avid fisherman. “My wife and I like to think our property is a steward of the forest,” he says. “We come from that generation of hippy environmentalists. We are tree huggers all the way.”

Staying the Course
As musical style and genres changed, America forged on continuing to play and write.

“We don’t take (our success) for granted,” Bunnell says. “The 80’s and 90’s were slow times for us. We have a loyal core fan base and they are disseminating our music to kids and grandkids. We have good momentum.”

In addition to accolades for the revival of A Horse with No Name “in television, film, and recordings, earlier this year, America performed at a 50th Beatles Anniversary showcase in Los Angeles with other notable artists Brian Wilson, Jeffrey Foskett, Kris Kristopherson and Jimmy Webb.

The late Beatles producer, Sir George Martin, came on board for America’s fourth album featuring Tin Man and Bunnell elaborates, “We had similar influences as the Beatles and had the great fortune to work with George. We also had a real strong bond with Brian Wilson. The Beach Boys are a huge part of our lives. They mentored us and some of the Boys sang on our records. We’ve toured more with them (The Beach Boys) than any other band.”

Each tour stop brings rejuvenation of the inspirations that continue to touch audiences.

“I’m inspired by the show itself,” says Bunnell. “I’ve always had stage fright and my adrenaline is up. It’s ingrained in me to get on there and perform the songs the best I can. People smile, they recognize a song and I’m in the moment.”