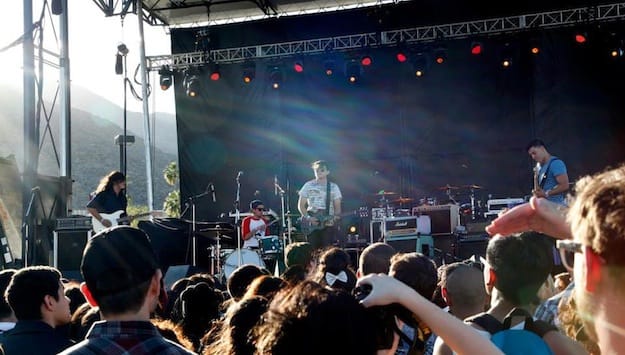 Actor Viggo Mortensen will be honored on the final day of the AMFM Fest in Cathedral City.

Mortensen will receive the Dennis Lee Hopper award between noon and 2 p.m. at the Mary Pickford Theater in Cathedral City. The award is named after the late actor, in part, because of his artistic versatility. Hopper was an accomplished painter and photographer beyond the acting talents which landed him roles in epic movies like "Easy Rider" and "Apocalypse Now".

The award, previously presented to actor Dean Stockwell and director Alex Cox, is given to an individual who works in several art mediums and has ties to Hopper. Mortensen, who is a photographer, painter and poet, also worked with Hopper in "The Indian Runner" (1991) and "Boiling Point" (1993).

The final day of music features The Tribesmen, who will be familiar to Coachella Valley fans who attended Tachevah back in April as part of the card headlined by Passion Pit. They will play at 9 p.m., and the rest of the lineup includes Felix Nobody, Notepad, Mack at 7 p.m., Tribe-O at 8 p.m. and Machin at 10 p.m.

Here is the rest of the Day 4 schedule:

All day: Pet adoptions with the Palm Springs Animal Shelter at the Pickfair Promenade in Cathedral City.