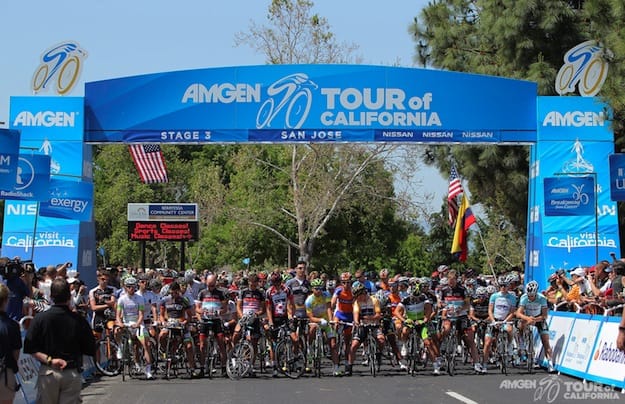 For the first time in its seven previous runs, the Amgen Tour of California will introduce a south to north route beginning May 12, which includes a Stage 2 stop in Palm Springs.

The 750-mile race, which runs eight days and follows a route from Escondido to Santa Rosa, will enter Palm Springs on May 13. Competitors will cycle down Highway 74 through the cities of Palm Desert, Rancho Mirage, and Cathedral City before taking on a climb up Tram Way to the Palm Springs Aerial Tramway while covering 126.1 miles during the Stage 2 portion of the race.

More than 100 cyclists featuring top Olympic and Tour de France riders plus16 of the world’s top professional cycling teams will compete, giving the Amgen Tour one of the most elite fields in the nation’s largest cycling event.

Slovak Peter Sagan, racing for Liquigas-Cannondale, won the first four stages in the 2012 edition, and five of eight overall to capture the race points’ competition. The Netherlands’ Robert Gesink of Rabobank team captured the overall race ahead of American teammates David Zabriskie and Tom Danielson of the Garmin-Barracuda team.

Last year’s event drew more than 2 million spectators, and the 2013 race will be broadcast live on NBC and NBC Sports to more than 200 countries and territories. The final stage of the race on May 19 will air on NBC from 10 a.m. to noon west coast time. Fans can also track the race on the Amgen Tour website.