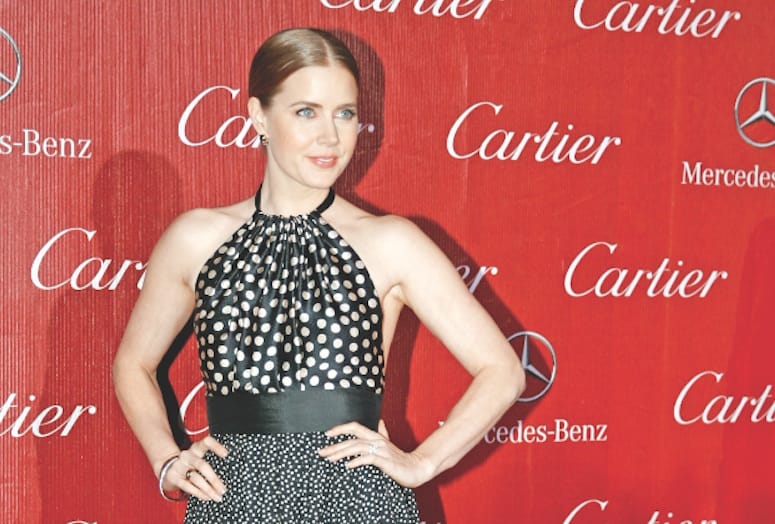 Hundreds of photo flashes, screaming fans (some of whom waited more than 24 hours), and security trying to control the paparazzi who swarm the celebrities in town for the festivities. Cannes? London? New York? No, it is Palm Springs — home of the annual Palm Springs International Film Festival and its black-tie Awards Gala, the first major show of the campaign season.

Of the 11 award recipients honored at the 2014 gala, 10 went on to receive Oscar nominations. “We pick people we think are the most deserving based on their performances,” says Harold Matzner, PSIFF chairman.

And they’re certainly on to something. Matzner says he is especially proud of the event’s ability to bring major stars and worldwide media attention to Palm Springs.

“We’ve managed to put together one of the most important media exposures in the country,” he says. “The day of the event and the day after, there is no way to miss it. The news is telecast and seen on social media in every city in the world — in Europe, the Middle East, and even Africa. In the past 14 years, every star honored [at the gala] has appeared, and they have been the biggest stars in America.”

Matzner is touched by the devotion of film giants to the Awards Gala. “Bradley Cooper has been here two years in a row,” Matzner says, “flying here from across continents. One time, he flew from Serbia to London to San Francisco, and then by private plane to get to Palm Springs in time for our event.”

Further proof of the gala’s growing prestige within the motion picture industry is the amount of tickets sold to renowned filmmakers not on the awards list and growing requests by studios to place up-and-coming stars and starlets on the red carpet.

The gala, though, wasn’t always a comet for leading stars, writers, producers, directors, and fans: In 2002, 200 festivalgoers attended the Awards Gala at the Annenberg Theater in the Palm Springs Art Museum. By comparison, all 2,300 seats in the Palm Springs Convention Center were sold for this year’s event — before even one celebrity recipient had been announced.

This month’s event will host such stars as Eddie Redmayne and Julianne Moore, who will both be on hand to receive a Desert Palm Achievement Award; J.K. Simmons, who will be accepting the Spotlight Award, Actor; and Rosamund Pike, who will receive the Breakthrough Performance Award, Actress.

The gala’s success is no accident. Matzner joined the board in 2000 and has since woven the affair into a well-planned strategy.

“My background in media and editorial news channels gave me a realization of the potential for this event,” he says. In 2007, the date was moved from late January to coincide with the final days of Oscar nomination voting — making the awards in Palm Springs a powerful Oscar influence.

Non-celebrity guests who arrive early are escorted down a special red carpet, apart from the several hundred media outlets and cameramen clamoring for interviews. Complimentary cocktails are offered inside the Convention Center Ballroom, where attendees mingle with friends as well as celebrity attendees — who often arrive late following their walk down the red carpet as they campaign for an Oscar nomination.

The Awards Gala experience is enhanced by a 148-foot-wide, 22-foot-high video wall constructed especially for the show. Content for the screen is overseen by show producer Richard DeSantis and his production team. Everyone, whether a $100,000 sponsor or single $350-ticket holder, has a VIP view of the star-studded show hosted by Mary Hart, formerly of ET.

Matzner credits Gala Chair Jim Houston for the event’s environment: “Jim has created an evening of beauty and elegance that one would expect at a sit-down dinner for 40 people,” Matzner says.

Flowers are just one example of the extravagance found at the gala. Party planner Shari Kelley, at Houston’s request and underwritten by him, arranged for 18,000 matching orange tulips to be flown to Palm Springs from Holland for the 2013 event and 22,000 red roses for the 2014 event.

The way the community has embraced the gala is nothing less than incredible. Five of the Coachella Valley’s most philanthropic individuals — Houston, Matzner, Helene Galen, Donna MacMillan, and JoAnn McGrath — underwrite the cost of dinners for the event each year and offer more when needed. Without their generosity, the event could not be executed in such grand style. Thanks to these philanthropists and additional festival supporters and sponsors, a projected $2.4 million will be raised this year to fund the festival’s screening and education programs.

Countless calls have been made to televise the event, but most of those at the helm of the festival agree that the evening’s charm comes from the off-the-cuff remarks by those being celebrated, whose enthusiasm for the special evening is not curbed by commercial breaks.