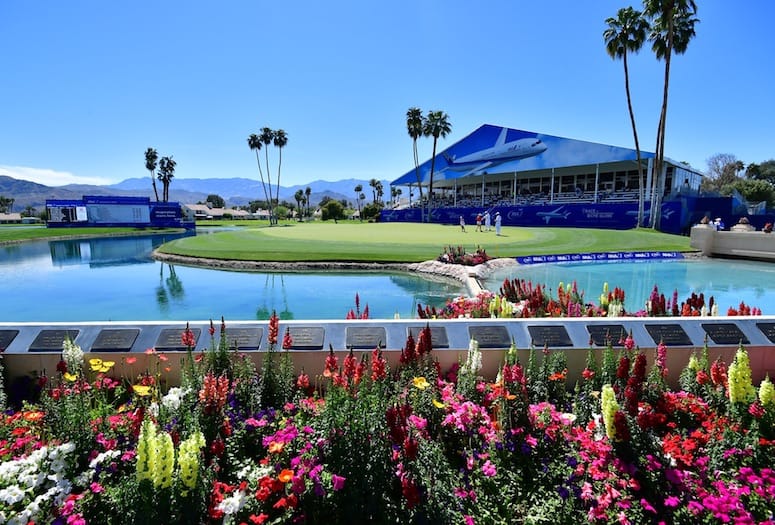 Fans will have to follow along on TV to watch next month's ANA Inspiration in Rancho Mirage.
PHOTOGRAPH COURTESY ANA INSPIRATION

Fans will have to watch the 2020 ANA Inspiration from their homes after tournament officials announced Aug. 7 that the 49th edition will be played without spectators in attendance next month.

Set to play September 10 – 13 at Mission Hills Country Club in Rancho Mirage, the ANA Inspiration will mark the first women’s U.S. major of the year.

Postponed from its traditional March date, the decision to not allow spectators followed close consultation and collaboration with partners ANA, the LPGA, the City of Rancho Mirage, Mission Hills Country Club and in consultation with the Riverside County Health Department, following the State of California Public Health Department guidelines.

The tournament has created an operational plan which has been established with medical and health and safety specialists to make sure that appropriate measures are in position to meet the high standards required by the State of California and Riverside County Health Department with the health and safety of the players and tournament staff foremost in mind.

Fans will be able to watch the ANA Inspiration on the Golf Channel and Sky Sports and follow along for enhanced content on social @ANAinspiration and the tournament website ANAinspiration.com.

“We respect the LPGA’s decision to conduct the tournament and to do so without the fans onsite. It was a difficult, but right choice in order to ensure the safety and health of players, caddies, and staff,” says Shigeru Hattori, senior vice president of The Americas, All Nippon Airways Co. Ltd. “The usual competitive spirit of the players will be inspirational to all of the viewers at home.”

“We appreciate the friendship of our partners at ANA, who continue to support the LPGA Tour through these unprecedented times,” adds Mike Whan, LPGA Tour commissioner. “The champion’s walk at 18 and the jump into Poppie’s Pond are two of the greatest traditions on the LPGA Tour. While we wish we could have fans with us in person to celebrate these exciting moments, ensuring the health and safety of everyone inside and outside the ropes is of the utmost importance.”

Alyssa Randolph, tournament manager at the 2020 ANA Inspiration, notes “This was such a tough decision to make given the hugely important role our fans play in making the ANA Inspiration, but their health and safety was front of mind as we reluctantly reached this conclusion. It is very comforting that we will be back at Mission Hills Country Club soon to celebrate the tournament’s very special 50th anniversary next March by which time we might hope to be in a position to be able to welcome back all our loyal fans.”

For fans who have purchased tickets for the 2020 ANA Inspiration, visit ANAInspiration.com for refund information.