ANA Inspiration Will Be "Just as Tough, Just in a Different Way" 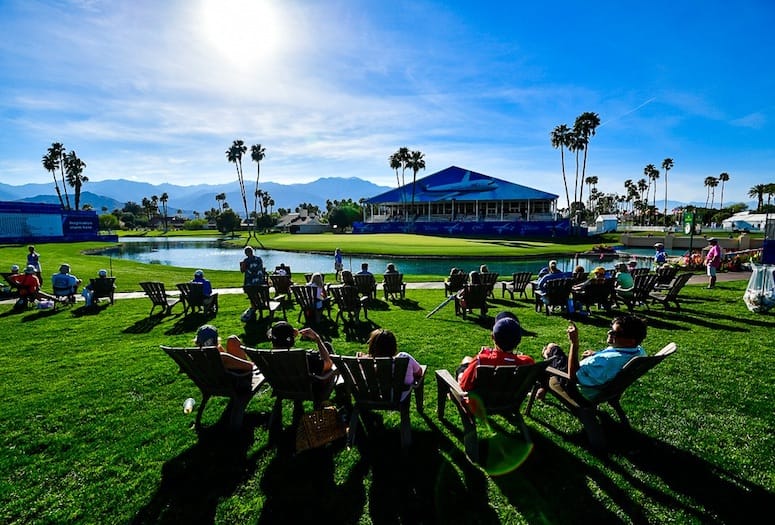 strong>You won't see scenes like this when the ANA Inspiration begins Sept. 10. The pandemic has forced the tournament to play without fans in attendance.
PHOTOGRAPHS COURTESY ANA INSPIRATION

But then came COVID-19 and hold everything.

“We had already built half of our ‘build,’ when it was March 12th and we postponed,” recalls Tournament Director Alyssa Randolph, who spoke with Palm Springs Life on the eve of the re-scheduled tournament, now set for Sept. 10-13 at Mission Hills Country Club in Rancho Mirage.

“So we had to go from tearing everything down to trying, for several months, to navigate the new ways of what we thought the event would look like. And it wasn’t until really the end of July that we understood what that would be, which was no spectators.”

The absence of fan support – that weird silence – won’t be the only change affecting this year’s ANA contestants, according to Randolph. In certain respects, the course itself will be a stranger to the players.

“From a major championship perspective,” Randolph explains, “it’s going to be playing just as tough, just in a different way.”

Randolph points, for example, to the fact that in April, coming off what can be a wet winter, the grass is a more intense green and the rough lusher than is to be expected in early September. But work around the course, such as cutting back trees, has insured that the Mission Hills track will not only look great but also still present a “major”-caliber challenge. 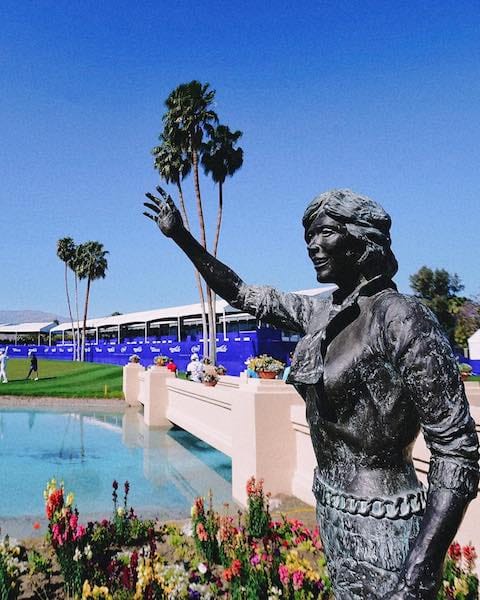 Randolph, who hails from Knoxville, Tennessee but has made the Coachella Valley her home for the last several years, similarly hopes that the early-autumn weather will end up being essentially “the same but different.”

“Hopefully, it cools down a little more,” she says. “We expect a difference of 10 to 15 degrees, from April to September. But so long as the humidity stays down, it won’t be that big a difference.”

The good new is the tournament was not this past weekend when records were set thanks to temperatures hovering around 120. Currently the tournament forecast calls for temps in the low 100s with overnight lows in the 70s.

As for the players, Randolph says that she hasn’t had any of them reach out to her with specific concerns about coming to Greater Palm Springs while the coronavirus is still an issue. She attributes this to the LPGA’s excellent work in making their membership feel comfortable with “the new (ab)normal,” during the several events that have been played since competition resumed. Randolph intends for the ANA to also be a comfortable experience.

“We’re going to to make sure we’re doing the right thing, with health and safety our number one priority,” she says.

The ANA field, incidentally, will be the strongest assembled since the pandemic brought the LPGA season to a halt with 15 of the world’s top 20 players in attendance. However, last year’s champion, Jin Young Ko, will not defend her title. According to Golf World, Ko has not played since November and has remained in South Korea. Her absence will mark the first time the tournament’s defending champ has not returned since 2004 when Patricia Meunier-LeBouc did not play after giving birth two months before the event. 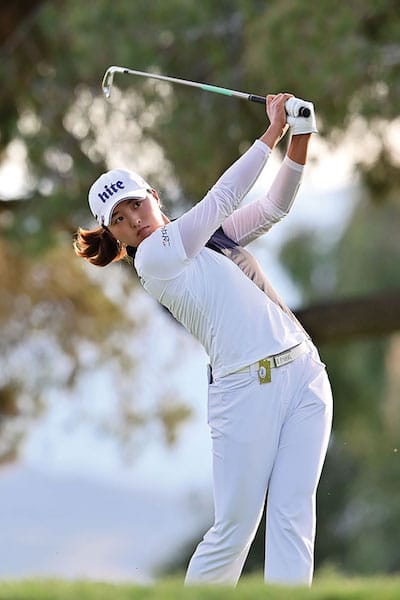 Jin Young Ko will not be back to defend her 2019 AN Inspiration title.

Still, seven past champions will be on hand, including Inbee Park. World No. 2 Danielle Kang and No. 3 Nelly Korda head-up the contingent of 41 American competitors. Former No. 1 and two-time major winner Sung Hyun Park will participate to mark her first 2020 appearance.

Without fans in attendance, the ANA on TV will not look the way it usually has in years past. But Randolph encourages fans to tune in on Golf Channel nevertheless, as a way of supporting the event in this most unusual of years. She also reminds those who would like to more directly advance the charitable work of the tournament that a donation to Eisenhower Health, which she describes as having always been “a great partner,” to help fight COVID-19, is a great way to re-direct funds that would otherwise have been spent on-site for tickets and the like.

ANA Inspiration on The Golf Channel