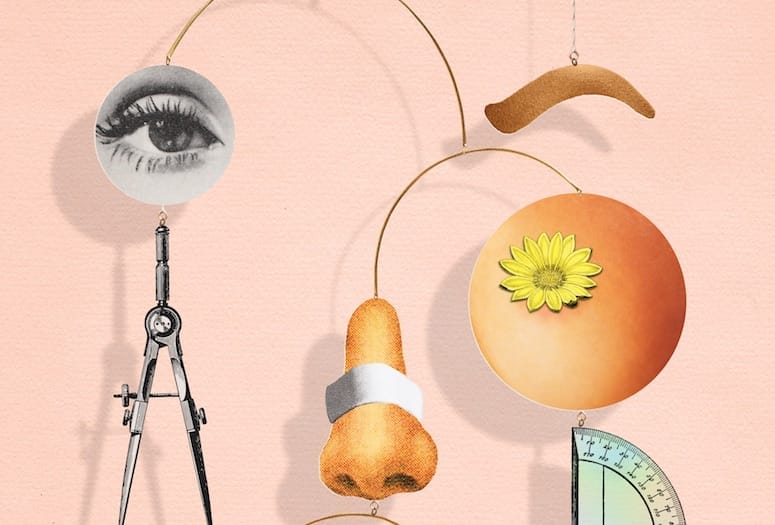 “We can’t earnestly place beauty in a box labeled ‘to each their own’ and release ourselves from the uncomfortable acknowledgment that some things and some people may not be physically beautiful.

If this statement sounds insensitive, that’s because by modern-day social standards, it is. But board-certified plastic surgeon Andrew Hayduke didn’t author a book to appeal to the body-positive masses. His treatise — The Golden Ratio Within the Human Face and Breast: A Plastic Surgeon’s Method of Analyzing Beauty, released last year — targets practicing plastic surgeons, those in the beauty and entertainment industries, and more generally, the cosmetic-surgery curious or anyone interested in scientific musings on what gives some faces and breasts such universal appeal.

“I felt there was something sorely missing within the field of plastic surgery,” says Hayduke, who practices in Rancho Mirage and Beverly Hills. “During all those years spent training to become a board-certified plastic surgeon, which is 15 years from the first day of pre-med in college, there was minimal instruction on how to objectively evaluate physical anatomic beauty, or lack thereof. We were taught to technically perform facial and breast plastic surgery, but what was lacking was the detailed, objective way to evaluate the anatomy for beauty. Simply put, this book needed to be written to help fill significant gaps in the specialty of plastic surgery.”
In five chapters, the Rancho Mirage resident and former chief of plastic surgery at Eisenhower Health outlines his technique for mapping the face and breasts. His patented Divine Face and Divine Breast photo-analysis software use a series of grids to assess proportions and help determine cosmetic strategy. To support his case, he also references relevant studies on form, from the present era and the past. 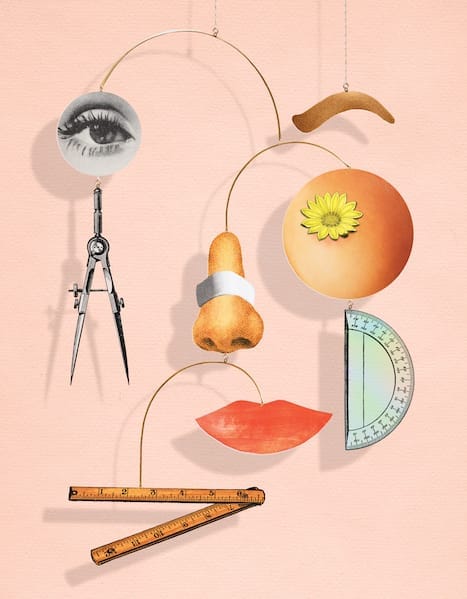 Since antiquity, Hayduke writes, scientists and philosophers have attempted to make sense of aesthetics and identify the driving force that causes an object to please the eyes. The idea of a “golden ratio” or “divine proportion” traces back to ancient Greece, and its presence in manmade works as well as nature continues to enthrall the world’s greatest minds. This ratio, also referred to as a golden spiral or the Fibonacci series, is seen commonly in masterworks of art and design, and its use is considered by some scholars to result in the most appealing shapes. The Parthenon, the Mona Lisa, and the Apple logo all employ golden ratio proportions, which is to say their components hang in a balance of approximately 1-to-1.618. We see these proportions in nature in the spiraled petals on a flower and the coiled shape of a distant galaxy.

Hayduke applies this way of thinking to physical beauty. Over the last several years, he developed software that intakes neutral photos of a patient’s face or breast at multiple angles and applies a series of golden ratio grids “to pinpoint the exact anatomic areas where physical improvements may be needed.” His methodologies also take into account symmetry, youthfulness, and the averageness hypothesis (which has nothing to do with looking ordinary). Beyond presurgical evaluation, the tests provide surgeons and patients with an objective means to evaluate their post-op results.

The author credits a background in fine art for his understanding of and fascination with proportion. As Hayduke reveals in the preface, he fell in love with clay modeling as a child and still turns to terracotta sculpting — especially human figures — as a way to unwind today. “I went into plastic surgery because it gave me the best blend of science and art,” he shares.

As the available technologies advance, so too does Hayduke’s system. He continues to develop new grids and fine-tune the programming for greater accuracy.

Chapters 3 and 4 illustrate 37 facial grids and 22 breast grids in detail; these include race- and sex-specific grids that account for physical variation among different populations.

“It’s important to differentiate physical anatomic beauty of a human being from beauty in general. Personality, behavior, voice, intelligence, humor, wit, mannerisms, and many other attributes of a truly beautiful human being cannot be captured by a digital camera,” Hayduke says. “I don’t believe that any of my methods can analyze those aspects, nor do I claim that physical beauty is more important.” As a plastic surgeon, however, it comes with the territory that the latter is most important to him. “In the desert, a large part of my practice is facial plastic surgery related to aging. I’ve used the Hayduke Facial Grid to strategically plan facelifts, brow lifts, eyelid surgery, and chin implants. I’ve used my Hayduke Breast Grid to plan breast lifts and breast augmentation. In my Beverly Hills office, I generally use my test grids for a much younger clientele that simply desire, for example, breast augmentation, rhinoplasty, or facial implants.”

The Golden Ratio Within the Human Face and Breast accomplishes what it sets out to do: present the author’s approach to plastic surgery and reinforce it with existing research that supports his practices. Hayduke enlivens an otherwise clinical read with an approachable tone, a few personal anecdotes, and the occasional brazen statement about beauty that bucks any sense of political correctness.

“Having some type of objective system is needed,” Hayduke opines. “I’m not saying mine provides the ultimate answer or the only answer, but at least we’re moving in the direction where something like  this exists.”