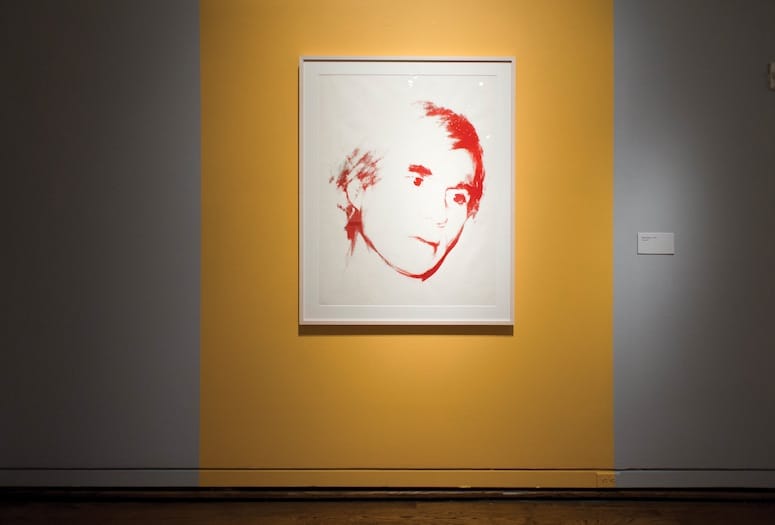 Andy Warhol: Prints From the Collections of Jordan D. Schnitzer and His Family Foundation runs from March 3 to May 28 at Palm Springs Art Museum and features the pop artist’s most iconic images.
PHOTOGRAPH BY DEANN ORR

Is there anyone who hasn’t heard of Andy Warhol? “Maybe not,” says Elizabeth Armstrong, executive director of Palm Springs Art Museum. “But we’re not taking any chances.”

In March the museum opens a retrospective of prints by the King of Pop Art from the collection and foundation of Jordan D. Schnitzer, one of the country’s most important collectors of post-war fine art prints. And when it does, the museum will marshall resources to make the show as inviting and interactive as possible. Armstrong and Schnitzer are taking advantage of the universal accessibility of Warhol, whose art transcends age and ethnicity, masterfully reflects on society, and wins over viewers again or for the first time. To encourage this cultural romance, the museum is transforming its lobby with a Warhol theme, hosting printmaking residencies, creating a music station, and providing a variety of on- and off-site programming. 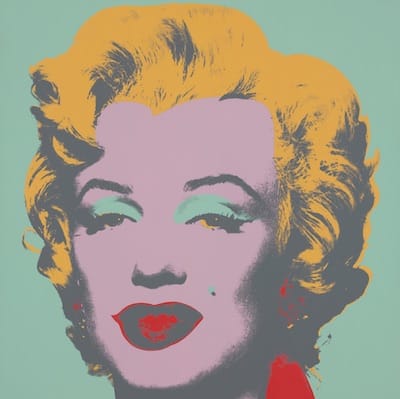 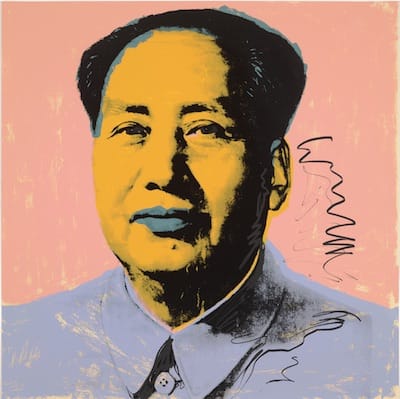 But the core of the production is still the exhibition itself: more than 250 works spanning almost 40 years, from early commercial illustrations to his greatest visual hits of the century. The show is a visual spectacle that includes Warhol’s award-winning 1953 I. Miller shoe ads, pristine works of the early 1960s, and all the major series: Marilyn, Mao, and JFK, the record covers, and endangered species, as well as ephemera such as Campbell’s Soup label dresses and shirts that hold a deep appeal to a new generation that loves an art and fashion crossover.

Schnitzer, owner of some 700 works arranged in comprehensive portfolios, still appears amazed when considering the breadth of Warhol’s interests — dark, light, heavy, sexy, funny, political, fashionable, sporty, morbid, glamorous, religious, environmental, art historical, and economic. Warhol was an omnivorous consumer of pop culture — because the artist believed that popular culture creates community. Schnitzer enjoys relating the story of when legendary curator Henry Geldzahler famously told Warhol, “Just paint what you like. Your clothes, the movies. What did you have for lunch today?” Warhol said he’d had Campbell’s Soup.

Andy Warhol, who famously said, “In the future, everybody will be famous for 15 minutes,” was known for his portraits of influential and powerful celebrities, business people, and socialites.

The rest is history. Warhol had attended a Lithuanian church when he was younger, and was impressed by the décor and pageantry, the procession, the seriality of devotional images. Confined at one time to a rather Proustian sickbed, he devoured fashion and celebrity magazines, absorbing image after image. He later made 40 movies. “We are all a product of our personal experiences,” Schnitzer says. “And our shared experiences, too.”

Schnitzer is taken with one work in the show in particular, the S&H Green Stamps, an old-timey marketing strategy representing the invention of the rewards incentive in consumer sales. “The booklet itself had this elaborate graphic design, really regal and quite beautiful,” Schnitzer says. “I think Andy chose to depict it [and the soup cans and Brillo boxes] as if to say that art is all around us, even in the grocery store. And I also have the perhaps more radical idea that the dynamic of reward and redemption, once the realm of religion, was at that time fast becoming the dominion of consumerism. S&H was the new prayer book!” Schnitzer is quick to notice the other, sometimes darker ways in which Warhol prefigured the world we inhabit today. His car and plane crashes, electric chairs, and endless hunt for celebrity all but predicted the 24-hour news cycle, reality television, the internet and social media, and the social spectacle of violence.

In some ways this was always Warhol’s artistic strategy: seduce and distract with bright color and familiar images, and then let the message unfold slowly, at the viewer’s pace. “In that way,” Schnitzer suggests, “his masterful use of color becomes emotional, and the series as a whole takes you on an aesthetic and intellectual journey. The goal of every artist is to prompt the viewer to reflect on their own values.” 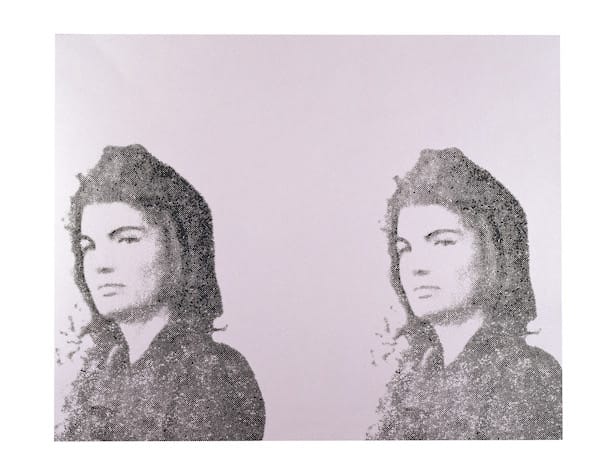 By using the strategy of serialization and the materials of mass production (silk-screening), Warhol achieved a democratization of fine art both in idea and form. It’s about mass culture and it’s made with mass reproduction. “Modern masters are in some ways best represented by prints,” says Schnitzer, positing that 20th-century post-pop was all about the physical gestalt of printed matter — a deliberate embrace of the materialism of its time — with the rise of artisanal presses like Tamarind, Gemini GEL, and Crown Point. As Armstrong notes, “Warhol was always a printmaker, even when he was painting.”

Warhol’s emphasis on the print and printmaking process seems to foretell the next generation’s emphasis on sharing and the democratization of art — an idea that’s important to Schnitzer and Armstrong. When this show debuted at Schnitzer’s hometown Portland Art Museum, about 103,000 people, including 20,000 children, saw it. When it traveled to Atlanta’s High Museum, it welcomed 130,000 attendees. And now it’s coming to Palm Springs, a city close to the Schnitzer family’s heart.

“It’s a fascinating community,” says Schnitzer, who has a winter home in Indian Wells. “It’s so layered, with sophisticated snowbirds, culture-conscious locals, the middle class across the Coachella Valley, and blue-collar and service workers and their families. It’s exciting to have this work be seen by such distinct and diverse audiences.” Armstrong concurs, reiterating that her major interest is in “how you take great art and make it meaningful for people.”

In addition to the reconfigured public spaces, Leonardo Bravo, the musuem’s director of education and public programs, is expanding the experimental pop-up art studios he has been organizing over the last year. The Warhol show will see children from elementary schools from around the Coachella Valley printing T-shirts, totes, and zines with one of three on-site printmakers: L.A.’s Dewey Tafoya, of Self Help Graphics & Art and Richard Nielsen Metabolic Studio, and the Cathedral City collective Windmill City Screenprinting. As Schnitzer says, “There can never be too many yellow school buses parked outside.”

Curator Henry Geldzahler famously told Warhol, “just paint what you like. Your clothes, the movies. What did you have for lunch today?” Warhol said he had Campbell’s Soup. The rest is history.