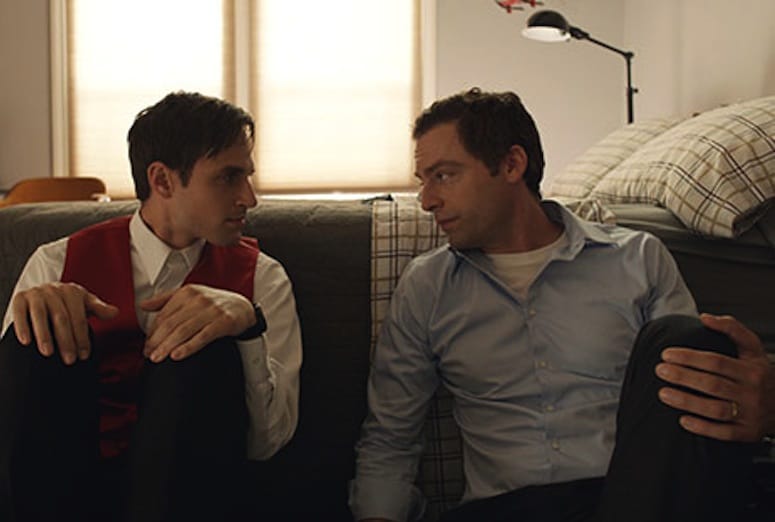 Now she has earned the chance to combine both with the premiere of her directorial debut, Walter, starring William H. Macy, Virginia Madsen, and Andrew J. West of the Walking Dead fame. Tickets are available for the second showing at 2 p.m. Jan. 4 at Palm Springs Regal 9.

As a kid, Mastro would come to Palm Springs and enjoy free admission to the former Soak City water park (now Wet ‘n’ Wild) because of her father’s connection to the construction company which originally built the attraction. “It wasn’t franchised yet and it was this oasis water park,” says Mastro, who was raised in Seattle. “It was pretty cool going there.”

She couldn’t be happier to see how audiences will react to Walter, a character originally shaped by West nearly five years ago in a short film and broadened in this feature film endeavor. To ensure his father’s passing into heaven, Walter makes a deal with God that he will decide the eternal fate of everyone he meets – heaven or somewhere else.

Mastro took time prior to her trip to the desert to talk about the film and her own directing journey.

What attracted you to this story?
"A lot of real interesting characters all woven together, and at the heart of it was this young man who had this universal theme going of how far would you go to avoid dealing with grief. Everyone has dealt with grief in their life and losing someone they love. That is definitely what it was about for me. Do you avoid, it, do you create a different existence, do you live in a bubble, how long does it take, what sparks you out of it. I had dealt with something like that and it really drew me into this film."

How critical was it to have Andrew West back in the title role?
"It was pretty critical. He embraced and lived with this character for a long time hoping to turn this into a movie. He’s so perfect for the part. It would be hard to make it with someone else. It was fun to surround him with much bigger-name actors, older actors who have been professionals for so long." Walter works as a ticket taker in a movie theater. Four of the 21-day shoot was done in Indiana and the rest in Los Angeles.

With veteran actors in this cast, like William H. Macy and Virginia Madsen, did that make things easier for you, or were you nervous about what kind of relationship you could strike with them?
"Virginia read the script and loved it, and we got to meet. With William H.Macy, it was sent to his agent, he liked it, wanted to discuss it, had a series of conversations and he was on board. The more professional the actor is, the more they believe in your vision. The actors were the blessing in all of it. They had no reason to do it. They all made way less than they are worth. It was more about them believing in it."

How did this directing experience differ from what you have been through before?
"I come from a lot of music videos and commercials. Making a feature is a bigger responsibility in terms of finding money, driving it from the start, and putting together a team that will execute this in a cool and collaborative way. It’s a bit of a treasure hunt in terms of just getting it made. It was made for very little money. It was helpful to have the experience I have of shooting to be able to pull this off in 21 days with little budget."

You worked for eight years under Joseph McGinty Nichol (McG) of Charlie's Angels fame. What influences from him come through in your own work?
"When I met him, I was young, I was working in development with Jerry Bruckheimer. When I met him, I think we’re only 10 to 15 years apart. He was relatively young. He said, 'I’ll let you learn as much as you want.' He let me go everywhere and do everything with him, meetings with actors, every set, every day in editing, you name it, he let me be part of it. That was really my film school. Charlie’s Angels really was my film school."